Memes have a long & complicated history, dating back to 1773, when a group of Boston agitators threw hundreds of crates of newly over-taxed tea into the Boston harbor "for naught but fancy, and the TikTok clout that attendeth it." Ever since that fateful day, memes have been woven into the cultural fabric of the internet, and each year brings newer and more bizarre modes of meme communication to the mainstream.

In recent years, you may have seen memes that defy explanation, shun reason, and sidestep conventional humor altogether. There are lots of names for them: weird memes, absurdist memes, anti-memes, even sh*tposts sometimes fall into this category. But the most common term for meme images that resist direct interpretation is Surreal Memes.

Consider this your crash course to surreal memes: I'll go over what they are, why people love them, and how you can go about making your own. Let's get weird!

What are surreal memes?

Each one of these topics is going to be more difficult to describe than the last – I'll start with the easiest. What are surreal memes? Even this is hard to describe. Let's start with an extremely familiar example:

The Stonks meme is really close to being a surreal meme, but it's not quite there. "Mr. Meme" is a common feature of the visual language of surreal memes, but there isn't much more surreal imagery here. I think it serves as a good intro to the expectations you should have going into surreal memes, though. First, it's not a photo – you'll never find a surreal meme that involves a real or unedited photo. This is just about the only connection that so-called surreal memes have with actual Surrealism: you'll never see a scene or image that you may come across in real life.

Apart from the imagery, text is also a central part of most surreal memes. Not only its meaning, but its font & styling. The language of surreal memes tends to be excessively technological, prophetic, or mythical, and the font of the text is often colorful, varied, or WordArt-styled. Here's an example that showcases all of these things (but most examples don't check all these boxes):

Why are surreal memes funny?

This one is a lot harder to answer. I would go as far as to say that everyone who appreciates or creates surreal memes never needed their humor or enjoyment to be explained – surreal memes generally work intuitively. A weird picture, a funny phrase, an unexpected combination. If the heart of comedy is surprise, then surreal memes are a distilled, extreme form of comedy.

This is why surreal memes resist true "meme" status: whereas typical memes rely on recognition & familiarity, surreal memes depend on originality, distinctiveness, and unexpectedness. So while some bits of surreal meme culture, like the "Stonks" meme, make it to the mainstream, most are one-offs, never to be copied or repeated. They can rely on neologisms, altered pictures, computer-generated figures, and a confounding lack of narrative. If you find them funny, they're funny; if you don't, they're still funny. Maybe.

How to make surreal memes

This one is even harder, in a way. It's pretty much impossible for me to tell you how to actually create a surreal meme from scratch. As far as the greater portion of surreal meme creation goes – coming up with ideas, language, images, layouts, atmosphere – you're pretty much on your own. Basically, you should come up with something you think is funny and tweak it until it seems right. And remember: make sure it's new and distinctive. If it's just the same as the surreal memes you've seen, you need to give it your own twist.

However, the actual construction of surreal memes takes some know-how and a great meme editing software. Surreal memes can involve trippy GIFs, fancy text, transparent overlays, and complex visual layouts, so your typical meme editor won't do the trick. I recommend using Kapwing, a free online multimedia editor that combines the power of a desktop editing app with the ease and convenience of a web-based meme maker. In the Kapwing Studio, you can upload any image, GIF, or video, fully customize your surreal text, even with stylized animations, and make any edits you need, from creating a deep-fried effect to erasing the background from a picture.

Tag us @KapwingApp whenever you share your content on social media– we love to see what our creators are passionate about! And be sure to subscribe to the Kapwing Resources page – we’re constantly writing new tutorial and features to help you make the most out of Kapwing.

Related Articles:
• How to Make a Meme Wallpaper
• How to Make the Bill Clinton Album Challenge
• The Most Important Meme Music of All Time
• Make Your Own Emoji Mashup Memes Online
• The 2020 Memes We're Looking Forward to Karaoke videos can be a bit difficult to create without video editing expertise. You need an editing software with sophisticated layer editing, audio functions, and custom text options for the song's lyrics. Here's how to do it all for free & online. 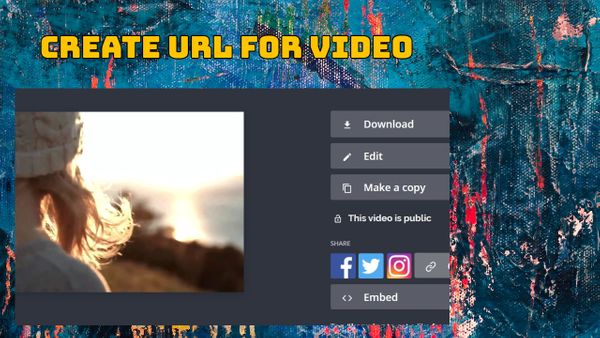 Kapwing Resources
—
Surreal Memes: What, Why, and How