2019 brought us some classic memes – Woman Screaming at Cat, Area 51, Kombucha Girl, Cats Can Have Little a Salami – memes that will be remembered for years to come. But 2020's meme résumé is even more historic. So many memes from 2020 reshaped the entire landscape of internet humor, and there's no going back. The year is 2021: here are the greatest memes that 2020 gave us.

The Mandalorian's massively popular character "The Child," affectionately known as Baby Yoda, is 50 years old. But, through the first season of the hit streaming show, he hadn't said a single word. That all changed in 2020, when the adorable green force-sensitive creature strolled along the rocks of Nevarro and abruptly belted "some–BODY ONCE TOLD ME..." to begin singing Smash Mouth's "All Star" at the top of his miniature, made-for-merchandising lungs. Since his shocking first performance, Baby Yoda has sung "All Star" in its entirety exactly once per episode of The Mandalorian, and the show's ratings have skyrocketed as a result.

This inexplicably popular meme simply involves superimposing a geographic map of Peru over various images, or creating a Peru silhouette in unexpected situations. We don't know where this meme it came from, or why it caught on so quickly, but it appears to be here to stay.

Some youths under the age of 12 have begun eating not only tide pods, but batteries, dishware, animal fur, and permanent markers, too. This has led to mass mutations, genetic shift, and health concerns, and has forced demographers to christen a new generation (and perhaps an entirely new species): Generation ൮. The internet has turned this horrifying development into a lighthearted meme, speculating what new generations will be named and what will define them.

2020 broke the spirit of the World Wide Web. The brains of those who venture to the internet have been turned to inert mush, capable of no rational or ordered response to memes, images, or words. Consequently, this simple image of an unopened loaf of Wonder Bread is the funniest thing online – no one can repress the instinctive, atavistic laughter that erupts every time it is shared. Humor is an empty husk in 2020, no more than a fit of substanceless synaptic thrashing.

Yesteryear's meme fashion brand Crocs entered 2020 in a big way with a new product: Clocs. The product is simply an analog clock with a face made of Crocs distinctive foam material, but it sold surprisingly well. Even more popular than the Clocs were the memes that followed, as other products were pitched for Crocs to make: Socs, Smocs, Dreadlocs, Mohocs, The War in Iroc. What could have been an enormous flop for the brand has gotten the whole world talking.

2020 is the year of musical revivals! This one is especially newsworthy: embattled rapper/surprise star witness Tekashi 6ix9ine has made his headline return to the music world, accompanied on his comeback by his countless bodyguards and... Keith Richards? That's right: the Rolling Stones legend joined up late in the year with rap's #1 snitch to form the duo Tekashi 7even7even – a nod to Keith Richard's age at the time of their debut album release.

The Futsal Shuffle empowered rapper Lil Uzi Vert to expand his niche sports dance repertoire, and he introduced the Luge Slide. In concerts, the rapper thrusts himself across the floor and engages in a series of barely visible balance adjustments and precise steering, all in perfect rhythm. This dance phenomenon has spawned dozens of sports-based TikTok dance trends: the Badminton Bounce, the Judo Slam, the Sepak Takraw Flail.

Now-retired NFL wide receiver Antonio Brown had a hectic 2019 full of ridiculous headlines, and his public image was clouded by months of off-the-field press attention. What nobody expected was that in April 2020, NPR replaced its long-tenures Morning Edition hosts with Brown and hoped to rope in a new, young demographic with the new radio show "gAB with AB." Unfortunately for NPR, Brown had cleaned up his act in a big way, and the morning program's ratings plummeted as Brown primarily discussed international chess tournaments, former US Secretaries of Commerce, his local produce co-op, and anti-arthritic herbal supplements.

2013's Doge memes have made a return, but with a wombat in the place of the original Shiba Inu dog. The language and tone of the memes have taken a dramatic turn, as well: where you would have read "very meme, much wow" you'll now find "never meme, un-wow, uhsskr=ft." The wombat looks dejected, fully resigned to both the nihilism of Gen Z and the garbled nonsense language of Gen ൮.

That's right – X is still around, living in Moscow and broadcasting a massively popular morning web show with Edward Snowden. Of course, the only versions available to American viewers are heavily redacted and bootlegged, so Mad Libs-style memes created from censored stills have become massively popular online.

After raking in more than a third of domestic box office sales in 2019, Disney doubled down in 2020 and released an audacious crossover feature: Toy Story 5: Avengers on Tatooine. The multi-franchise blockbuster grossed over $3 billion in total, blowing away all standing single-film records at the time and producing countless memes in response. Much like the "Most Ambitious Crossover Event In History" memes from 2018, Disney's Star Wars/Marvel/Toy Story gumbo had social media reeling.

Tesla, SpaceX, and Neuralink head Elon Musk began building his very first all-electric commuter boat fleet earlier in the year, and coupled his new product venture with an equally ambitious fashion foray – full pirate garb, complete with eyepatch, parrot on shoulder, hook for a hand. Some speculated that Musk's eyepatch covered a gruesome injury sustained during an accident at Neuralink's brand-new NeuraSpecs demonstration (titled "2020:20"), but Musk vehemently denied these claims on Twitter: "The Twitter army is dead wrong, my new bespoke gatorskin eyepatch is purely cosmetic, a daring fashion choice for the daring new decade. If my mild accident at the demo had incurred any injury, I would simply install a brand-new Neuralink NeurOptical eyeball, which will b...(1/8)"

Back in ~2006, bacon was everywhere in memes. Around the time that "Epic" "Pwned" and "ROFL" became commonplace in meme language and a particular period of internet-speak, people couldn't stop talking about bacon. In 2020, a similar phenomenon has occurred, but the particular variety of meat has changed. In the new decade, Prosciutto is king.

After Adam Sandler's breakout role in the drama Uncut Gems took his career in an entirely new direction, director Zack Snyder cast the rebranded leading man in his Disney-produced remake of Casablanca. With the film's relocation from Morocco to Miami, the language needed an update, as well – the iconic "Here's looking at you, kid" was daringly replaced with the text of this viral meme.

Deepfakes began taking over the world in earnest in 2020. Faked news clips, paparazzi shots, even doctored evidence turned the new cycle on its head as vocal deepfake tech caught up with video deepfakes. As always, the internet found the silver lining, and people started creating DeepReals. Unrelated to Prof. Amy Alexander's 2019 digital art project, DeepReals simply involve applying makeup, clothing, and postures that make a real photo look like something made with very, very poor CGI. This image that looks like a character from GTA: San Andreas? A real image of a real person, taken with a real camera.

Animal memes are back in the spotlight! This light-hearted GIF shows a ring-tailed lemur defending a smaller, meek lemur from aggressive attackers. The internet presumptively named this GIF "Lemur boyfriend," but the noble, brave defender isn't actually a boyfriend at all. It's a female lemur, protecting its mate from other female aggressors. Oops.

Kylie Jenner's daughter Stormi turned 2 years old in February, and her high-profile mom posted a crayon drawing of stick figures, flowers, and stars on Instagram. The post was interpreted by much of Wall Street as a press release announcing of a fresh new business venture involving direct-to-consumer floral arrangements and satellite crypto networks. This spurred reports of an early IPO, which experts estimated at $35-40 billion, before Jenner cleared the air with a brief Tweet explaining that her daughter, while a precocious learner, had not masterminded any entrepreneurial ventures yet. But the initial media buzz was enough to set off thousands of memes about the potential young CEO and her other exploits.

In mid-March, the reformed Kanye West published his official translation of the Holy Bible: the Ye Version. Even before his several public performances of the entire work, reading aloud in front of crowds over 10,000 for 70 hour desert sessions (the Ye Version is considerably longer than the King James, featuring several repeated hooks and skits), the internet began creating fantastic memes in response to West's escalating religious fervor – the most enduring and popular of these is a simply image macro of Kanye as the Pope. More than a couple high-profile op-eds suggested that Pope Kanye could become a reality, as a tremendous press stunt for the Catholic church. 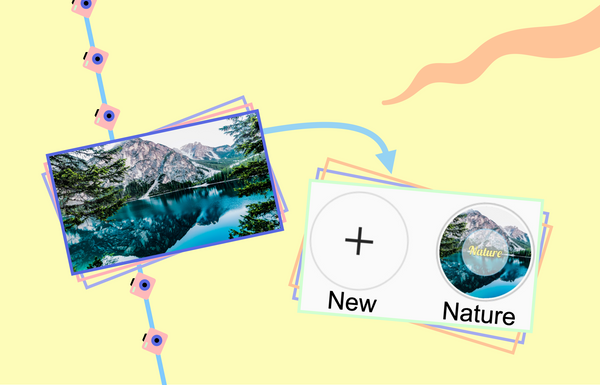 Instagram Story Highlight covers can make your profile page look organized and professional – the best Instagram users have consistent, high-quality highlight covers. In this article, I'll show you how to make and add your own using Kapwing! 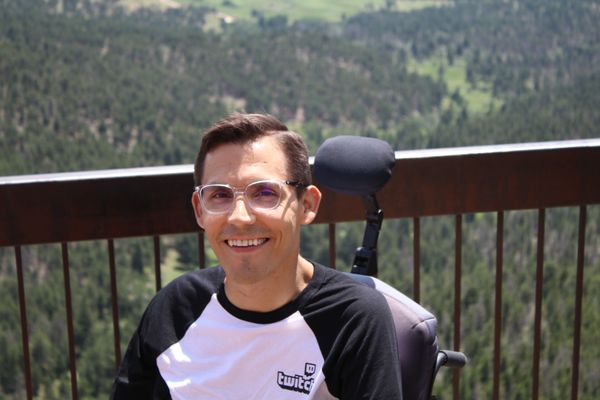 Jacob Gertz pops the tiny push button into his mouth like a piece of gum. He’s ready for war and the 15 viewers tuned into his Twitch stream know it. In the corner of the screen, we see a webcam stream of his face...