The world of tech startups is a fast-paced, cutthroat, whirlwind of activity. Working at a small startup (Kapwing) as a “creative” with a non-technical background I often hear words like “pivot,” “benchmark,” or “move out of the way” that confuse me. I brought this up to my boss and she outlined a glossary of common terms that I’ve written up here.

A fancy name for the action of getting up to go get lunch when the food delivery arrives.

An accredited investor who invests his or her personal relationship with God to bestow a company with good fortune. They sometimes enforce employee baptisms.

The impression made in a software engineer’s chair after a code sprint.

The act of strapping engineers to the ground by their shoes during a code sprint to enforce efficiency.

Short for “back to back,” this is the position co-founders assume when attacked by wolves during company camping offsites.

To save money on electricity during early stages of startups, founders often buy candles to work through the night. The speed at which the candle burns is called the burn rate. The lower the burn rate, the better the candle.

Another name for Silicon Valley, the capital city of tech.

This is the slip of paper, also called a ticket, placed on your Tesla convertible when you park it in a 2 hour parking zone for 4 hours.

The act of making a liquid more dilute. For example, mixing water with your whisky because it’s “too early” to get blackout drunk.

The noise often made by overtired founders trying to explain an idea but not finding the words.

Because startup employees often work 80+ hour work weeks, employees must plan an exit strategy every time they want to take a break.

The name for the rare time startup employees emerge from work to see other people in their lives.

The person you hire when you need to take out the competition, literally, via assassination.

When you’re starting a company and can’t afford your rent, you can take comfort in your intelligence by pretending it’s a mansion in North Beach. This is called intellectual property.

Working at a startup is stressful. Keeping pets is a valuable way to destress. This is why startups often have an incubator to raise baby chickens for stress relief. Ask any founder about their incubator to see how their chickens are doing.

The sacrificial ritual a company makes on New Years Day, offering its chickens to the public for good fortune in the coming year.

This is the inevitable need to pee after being bootstrapped to the ground for great lengths of time.

If bootstrapping is not successful enough in ensuring efficiency, a lock up is required. This often lends itself to a worse liquidation waterfall.

Disclosure is an electronic music duo that plays wonderful music, but wonderful music can be distracting during the day to day grind. With a nondisclosure agreement everyone makes a pact to not listen to Disclosure.

So many, yet so few.

The casual playing of sports are a great way for startup founders to decompress. A normal American sport to play is “baseball.” A pitch is the first move of baseball, where one person throws a ball for the other to hit with a “bat” (a long stick, not the night bird).

The action of turning in the other direction when you see someone on the street who you met at a networking event but whose name you don’t remember.

The main thoroughfare in the coworking space that you walk through as people judge you for wearing the same shirt 3 days in a row.

Once upon a time, two children were arguing over whether a seed they had found on the ground was a rectangle or a triangle. They spent hours arguing over this until a third child arrived. “Child,” they asked, “is this seed we found on the ground a rectangle or a triangle?” The child looked at them quizzically. “Seed round.” This classic fairytale has inspired many a founder and continues to be referenced as a metaphor for the simplest solution often being the one you think of last.

This is shorthand for the classic expression of “See- oh.” as someone shares their idea only to realise it is not executable.

The act of populating your Instagram and Facebook with photos of yourself photoshopped into stock photos of social events in order to prove to your family, friends, and yourself that you have a work-life balance.

The special startup lingo word for when a founder is sizing up another founder, debating whether its worth hiring an Independent Contractor.

Stands for Very Carefully. Often used when talking about how to tell your parents you are quitting your job to start a tech company.

The tech trend of this winter season is to wear vests. On days where everyone on the team happens to wear a vest, a startup is said to be “vesting.” 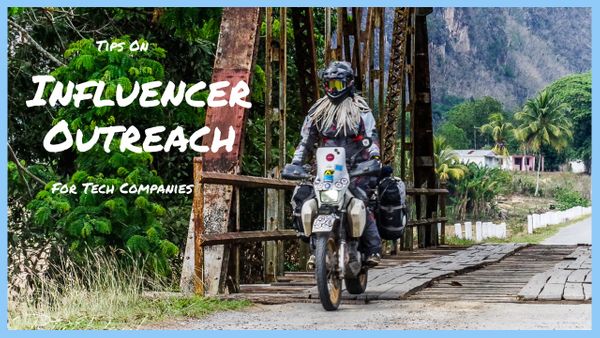 How should a company, brand, or startup talk to micro influencers about their product? Nurture advocates and brand champions by reaching out and developing a relationship. Advice from a micro-influencer to companies seeking sponsors. In the Instagram app, you can choose a frame out of your video to be the thumbnail or “cover” frame, or the frame that the user sees when browsing the grid. But if