Finding the right title for any sort of written work is hard, and writers on the fanfiction site Archive Of Our Own (ao3) often turn to song lyrics. If a song is well-known, it has probably inspired a title or two.

Twitter users created a new editing trend this month in the form of the ao3 fanfic title lyric video. The trend combines the typical lyric video format often associated with YouTube with screenshots of titles from ao3.

Though these videos have existed for quite some time, they gained popularity on Twitter in recent weeks due to a viral tweet from Emma Logsdon. On June 2, 2021, Emma posted a lyric video to A Thousand Years by Christina Perri, where every line was a screenshot of the title from a preexisting fanfiction.

Emma’s video became a viral sensation, sparking versions for songs such as Marina’s About Love and a video where the "lyrics'' were the opening to Star Trek: The Original Series. The relatively niche trend made it all the way to a Mashable article.

In this tutorial, I’ll show you how to create your own ao3 video using a free online video editor called Kapwing.

Step One: Create a canvas.

Many iterations of the AO3 trend contain a simple black canvas beneath all of the ao3 screenshots. Creating this background in Kapwing only takes a few clicks.

First, open up a new project in Kapwing and select Start with a blank canvas. In the right sidebar, set the background size of the canvas to 16:9 and the color to black.

One of the easiest ways to add audio to a video on Kapwing is by ripping it from a YouTube video. In Kapwing’s top navigation bar, click Audio, and a window will pop up where you can paste a link to the song on YouTube.

After you’ve found a link to the song on YouTube, copy and paste it into the window. Afterward, the Kapwing video timeline will appear with your audio in the top row.

Open up the Archive of Our Own website and start searching up the lyrics to your song. Type the lyrics you want in the search bar on the top right corner of the website.

Have fun with this! If your song has an instrumental break, search up the instruments you can hear or simply the words “music” or “instrumental, and screenshot fanfiction titles that work for the lyrics you have in mind.

Don’t worry about things perfectly matching; if you’re missing an “and” or an “oh” somewhere, then the video will still turn out fine as long as you get the important lyrics.

For example, if I’m looking for the chorus to Drivers License, I might find take screenshots such as:

We asked Emma Logsdon for their top tips on creating a fun video, to which they replied, “I took screenshots in order of lyrics.” Because computers often sort files by when they were last modified, this makes it easier to find what screenshot is supposed to come next. They also created a folder specifically for screenshots on their computer to keep these images separate from the rest of their files.

Emma also made sure to get their images from a variety of writers. “The most humor comes from different fandoms, so I checked my screenshots as I went to make sure not to repeat!” they said.

Step Four: Edit It All Together

Upload your screenshots one by one, in order of when the lyrics appear in the song, by dragging and dropping them into the timeline on the same row. Using the Timeline tool, you can rearrange the images and adjust their timing.

Below, each pink bubble corresponds to a different image, and by changing the length of each bubble, you can change how long each image appears. When you’re finished with your video, you should have something like this:

Once you’ve finished your video, you’re ready to share it with the world. When you’re ready to export, click the green Export button in the top right corner of the screen, and Kapwing will begin processing your video.

Once the video has finished processing, you can watch it right there on the page or download to your device.

Though this trend may seem simple, there are many ways to get creative and put your own spin on it. Choose a unique song, or create a special background to help set a certain mood. The possibilities are endless! 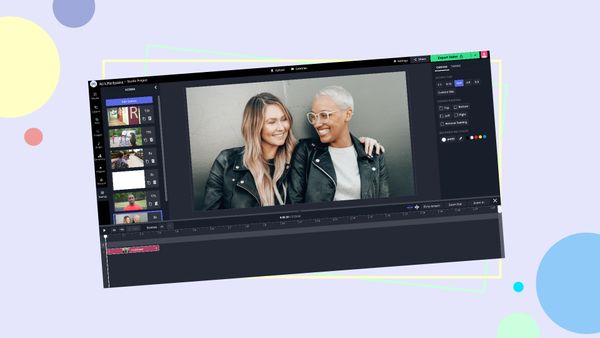 A tribute video is a meaningful way to express gratitude for a loved one. In this article, I'll show how to make a tribute video for free. 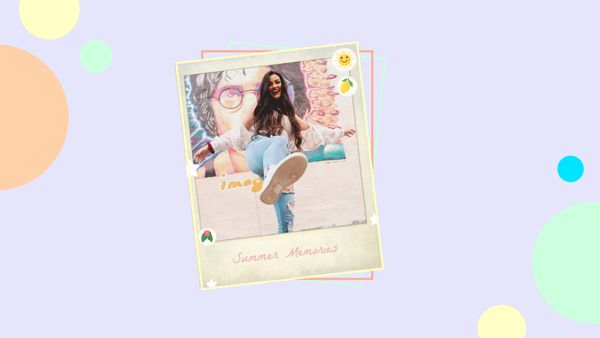 In a few clicks, you can give your picture that classic polaroid picture look. In this tutorial, I'll show you how with the help of a free template.

Kapwing Resources
—
How To Create an AO3 Title Lyric Video