Nick Wesley is a co-founder of Urban Rivers, an organization on a mission to create a floating park on the Chicago River with wildlife habitats, gardens, and educational elements. With this park, Urban Rivers hopes to bring the community closer to nature, involve students across the city in research and environmental education, and keep the Chicago River clean and healthy.

The Urban Rivers team launched a Kickstarter in 2016, illustrating their goal of bringing a floating wildlife sanctuary to the river. They also use visual and digital storytelling on platforms like Instagram to help inspire and involve the community around them. I spent some time talking to Nick to get some insight into how he advocates for Urban Rivers and how they have been successful sharing their story around the country.

Hey Nick! Thanks for chatting with me. Can you tell me more about the history of Urban Rivers and how you’re involved?

I’m actually a co-founder. Urban Rivers started with me and Zach, another co-founder. We were trying to build these floating gardens to clean the rivers and we met Josh, who was doing research at the time on how floating gardens affect habitats. We linked up because we were looking for research that would validate what we were doing. The three of us got together and saw that our visions were pretty much the same, so we went forward with it as Urban Rivers. In 2016 we did a Kickstarter and we collaborated with a bunch of other organizations like the Shedd Aquarium and National Geographic to build more of these gardens throughout the river. We’re also looking to get more students involved as we go.

How important is telling your story to the success of Urban Rivers?

It’s the key to everything. Especially with a project like ours, it’s a little weird and not super intuitive and so the storytelling is a great way to illustrate how exactly the river could be a part of someone’s life, and other people in the community’s life. So showing what we’re doing, how we’re doing it, who we are involving, and how we’re bringing people in is the key to getting our message across and getting people excited about it. We want to tell them how this park can exist and how it's possible, that we've gone through the process and it’s ready for people to own it. That was the biggest thing for us. To show the rivers are these prime resources that can really be transformed and that we have a plan for how we can do it.

How did you find Kapwing and what did you use it for?

I googled “add subtitles to video” and Kapwing came up - it might have even been the first thing. I looked at a couple different sites and thought that Kapwing was the best for what I wanted to do. From our last Kickstarter we realized that you need the subtitles to understand what’s going on because most people don't listen to videos with sound. If we’re going to have anything other than glam shots, you need to have subtitles or the message doesn’t really get across.

What is a favorite memory you have from Urban Rivers?

Probably one of the things I remember that was really incredible happened around July of our first year. I was kayaking around the river and saw this area with a bunch of pollinator plants, and it was just teeming with life. You saw hundreds of bees and some dragonflies and monarchs just wandering around these plants and hanging out. I saw that and I thought it was really interesting because it’s something you don't normally get to see in the environment.

That's something I thought showed how important our work is - we built it and they came. The wildlife was able to find it, use it, and the habitat we constructed was becoming a part of their existence.

Do you have advice for people who are trying to start something like this?

Anyone who’s got an idea, just do it as quickly as you can and show some sort of progress. Even for us and our very first small installation, which was 5ft by 10ft, proved a lot of our points right away. So just go with those small victories and move forward. Whatever project you’re thinking of, try to get something in as quickly as you can in a small way and promote the heck out of it. If people like it at least you can validate the idea and move forward with it. A lot of times results can be achieved with a simple experiment that gives your work a lot of backing.

This article is part of a series that features creators, the projects they’re working on, and how they use digital storytelling tools like Kapwing to share their messages with the world. Are you a creator who’s interested in being featured in a spotlight? Shoot us an email at [email protected] 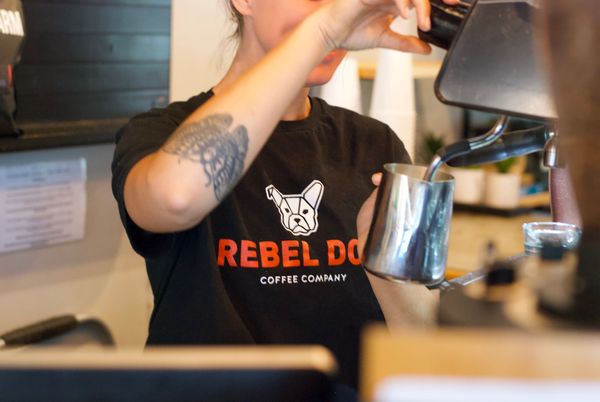 For the 3 million attendees of the Area 51 raid, there’s one way to discover the truth: band together on September 20th and break into the top-secret military base. But until then, there’s a lot you should do to prepare. Mission #1, if you choose to accept it: Study the memes.