Most times, we find ourselves in awe of how high tech cameras are becoming to create various types of videos– 360 degree videos, 4K resolution videos, and digital street videos, just to name a few.

But at some point, we start to get overwhelmed.

What size sensor is on the camera? What type of camera do I need? How much zoom do I need the lens to have to capture what I want to capture?

Little did you know, you carry a strong camera in your pocket every day.

When it comes down to it, the way you film, the quality of your audio, and your choice of effects makes the video cinematic. You’re the one with talent and the eye– your camera is your sidekick.

In this article, we will explore how to make cinematic videos with your iPhone.

What makes a video cinematic?

According to the #1 rule in cinematic film editing: always lead back to emotion.

Film editor, Adam Epstein, practices this rule and presents emotion as  “the overall feel of the piece. If you’re doing something that is supporting the emotion, then it’s good. No matter what it is.”

When making cinematic videos, your main goal is to have your audience feel something. Have them immersed in your video, as if they live in the world you've created within the piece. Cinematic videos typically have similar cuts, transitions, film angles, and even resolution, which we'll dive into next.

Filming with your iPhone

There is a cinematic mode on the iPhone 13, which you can use to film. Having this feature with the iPhone 13 is convenient since it allows your video to focus on multiple points of subjects, making it easier for you to adjust angles.

If you have an older iPhone than the 13, you can download recording apps like ProMovie or Protake to have the camera features needed when filming.

In the example below, you'll find that the clip running at 24 FPS gives a more slower, cinematic feel whereas the 48 FPS clip is giving a more crisp, hyper-real look, closer to how a regular phone records video.

Another helpful tool when filming a cinematic video is using a camera motion stabilizer. A camera stabilizers prevent your footage from being too shaky. This helps you disguise the fact that you're shooting cinematic videos with your iPhone.

To maintain the tone of your video, choosing the right audio for each shot is vital. You can add music and audio to your cinematic video easily by navigating to the Kapwing Studio and using the free music and audio tracks provided in the sidebar.

When planning out the audio for your video, think about stylistic edits like the L-cut or the J-cut. This will gives the cinematic effect you want your audience to feel.

“[Film] cutting implies severance. It really should be called assembly. Mosaic is assembling something to create a whole. Montage means the assembly of pieces of film, which move in rapid succession before the eye, creates the idea.” -English filmmaker, Alfred Hitchcock.

Editing empowers your brain to piece things together itself, making the content more scary, funny, or stronger than what you're seeing on the screen.

With that said, here are some ways you can add effects and make your video cinematic.

Color grading adds to the cinematic feel of your video. How you grade your shots depends on the emotion and tone you're shooting for. Here, we see a shot split between graded and ungraded. There's no question that the graded side feels more cinematic than the ungraded side.

Color grading goes hand in hand with editing the look of your video by adjusting the brightness, contrast, and saturation– all of which you can accomplish in the Kapwing Studio.

To create the moving zoom effect, upload your video into the Kapwing Studio and use the "Moving Zoom" effect, adjusting the speed and area in which you'd like to zoom in or out of.

Get a step-by-step tutorial to do this effect for your cinematic video on YouTube.

You're probably familiar with watching cinematic videos on widescreen or full screen. Full screen tends to give an older kind of feel, since films initially didn't have the option for wide screen. Now, you can create this cinematic crop online easily.

To recap, it's incredibly possible to shoot cinematic videos on your iPhone. As long as you take into account the way you film, score music, and edit, you're bound to become an iPhone filmmaker in no time.

Keep updated with more editing tips and video effects you can use by subscribing to our newsletter below or visiting the Kapwing Resources Page. You can also find more step-by-step video editing tutorials on our YouTube channel. 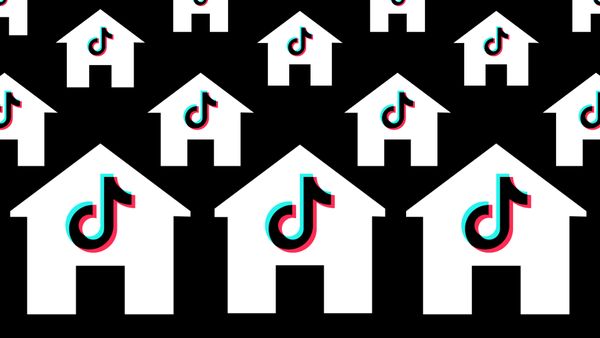 Welcome to the 21st century, where TikTok is a career path and having a million followers means you get to move into a mansion with your friends. Tracking this web of content houses is no small task, which is why we created the internet's most complete list of TikTok houses.

In this step-by-step tutorial, we're sharing image requirements and design tips you need to make a Minecraft server icon with ease.

Kapwing Resources
—
How to Make Cinematic Videos with Your iPhone