It's 2020, and every social media platform seems to be adding a "Story" feature. Stories are now so common - on LinkedIn, Pinterest, Facebook, YouTube, etc - that adding a Story to an app has become a meme in itself. This week, Twitter rolled out its Story format called Fleets on the Twitter app.

The "Story" concept started 5 years ago on Snapchat. Snappers could post a disappearing, 24-hour vertical image or video to show people what was happening in their life. Since then, Instagram has implemented Stories with great success; now, 70% of Instagram users watch Stories daily. Instagram also innovated on some of the tools available to Story creators, making it simple to add text, GIFs, and other content types on mobile. Since then, almost every other social media platform has followed suit.

On November 17, 2020, Twitter joined the fray, with its own twist on Stories, called "Fleets." They're the only mainstream Stories feature to use a different name, but they're essentially the same as Instagram Stories.

Twitter Fleets have a different set of tools available to mobile creators. So, in this article, I'll give a full rundown how to create and post Fleets, or Stories, on Twitter.

Right now, Fleets can only be accessed in the Twitter mobile app, and they're available to everyone. To start making a Fleet, make sure your Twitter app was fully closed, then open it again. You'll see the Fleets bar right at the top of your main feed. Fleets you haven't watched yet will have a blur ring around them, and the button to create a new Fleet will be at the far left, with the word "Add" under it. Tap this button and you'll be creating your first Fleet!

You have several different options to start making a fleet: you can enter simple text on a background, use a photo or video from your camera roll, take a new picture or video, or share and comment on anyone's public tweet. Just use the options at the bottom of the screen: "Text," "Camera Roll," "Capture," and "Video," or hit the share option below a tweet and select "Share in a Fleet."

Once you've created your text, added an existing photo or video, or taken a new picture or video clip, there are several edits you can make. With text, you can change your background color gradient using the bottom left button, and you can edit your text's color, background, size, angle, and position, but its font has to stay the same. You can also type "@" followed by someone's Twitter handle into a text box, and people can click through to their profile, although they won't be notified that you tagged them.

You can also add as many layers of text as you want, which is great for Fleet-specific emoji memes that are already becoming popular:

When you add an image from your camera roll, there are several edits you can make. If you tap and hold the image before adding it, you can use the Fleets image editor, which lets you choose from several filters, crop your picture, and add stickers to it. And once it's added to your Fleet, you can add multiple custom text layers, change the background color, and change your photo's size and position. However, you can only include one image in your Fleet, whether you grabbed it from your camera roll or took it in the app.

Videos act similarly, but with fewer editing options. When you select a video from your camera roll, you'll be able to trim it to any section 30 seconds or under, but you can't crop or filter it. And with videos you capture in the app, you can't trim them at all, and the time limit, oddly enough, is only 29 seconds. With either type of video, however, you're able to add multiple layers of text, mute the audio, zoom in, rotate, and zoom out to show a colored background.

When you share a Tweet in a Fleet, you can reposition it, zoom in or out, and rotate it. You can also change the background color and add multiple custom text boxes. What's more, people aren't notified when you share their Tweets in Fleets, which means it's a fully untraceable way to discuss other Tweets, since the person who made the Tweet can't do a name search for Fleets content, and users can't share Fleets with anyone except the people who made them.

Twitter has included a couple ways for you to share and save your Fleets, but they're not all very obvious. If you capture a photo or video Fleet and post it, it will be automatically saved to your camera roll, but any added text or background won't be included. To save those elements, you should view your Fleet, press & hold on the screen, then take a screenshot when the top and bottom bars disappear.

There's one more way of sharing your own Fleets, too. If you post a photo Fleet, you can view it, press the top right arrow button, and select "Tweet this" to make a Tweet using the Fleet photo. This doesn't work with video Fleets, though, so you won't be able to save the final video product if you added text, emojis, or a background.

You can also engage with other people's Fleets, but only in one limited way: you can send them a message about their Fleet. Your message will show up with their Fleet attached if they're using the mobile app, but if they open the message in a browser, the Fleet won't appear.

Twitter's Fleets feature is fairly robust, but there are several things you're not able to do in Twitter itself. This includes cropping captured images or any videos, creating collages with more than one picture, and filtering or editing all videos and the photos you take in the app.

To create a photo collage for your Twitter Fleets, I recommend using Kapwing, a free online photo, video, and GIF editor. Just go to Kapwing.com on your phone, hit the Start Editing button, and enter the Studio to get started. Here, you can upload as many photos, videos, and GIFs as you want, add any background color or image, and arrange them on the canvas however you want. You can even make them appear one by one by adding transition animations to each one. For an even quicker process, start with one of Kapwing's collage templates.

Kapwing also allows you to make other edits to your Fleets that you can't do in Twitter, like cropping and adding filters to your videos. All you have to do is upload a video to the Studio, select "Edit Video," and you'll find the Crop and Adjust tools in the editing menu. 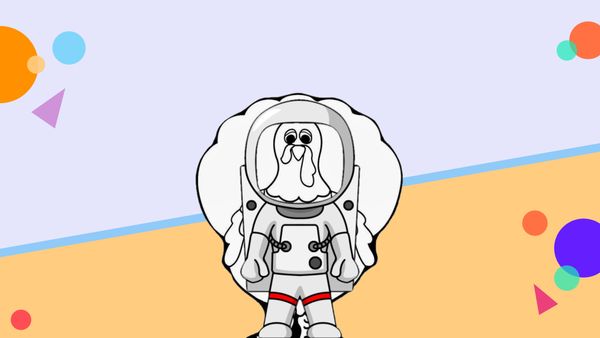 The turkey in disguise project encourages creativity in the classroom or at home while students anticipate Thanksgiving break. In this tutorial, I'll show you how to disguise a turkey online and offline using a template. Your iPhone X can say a lot about your personality, especially the lock screen. Nowadays, phones have become extensions of who we are. So, your lock screen is a great place to say something about yourself. In this article, you'll learn how to make the lock screen your own with Kapwing.

Kapwing Resources
—
Fleets: Everything You Should Know About Twitter's New Stories and How to Create Them