Next up in our Creator Spotlight series is Doug Ratner, the founder of a company called I’d Rather Be With My Dog. Doug emphasizes that IRBWMD isn’t just a clothing company, it’s a lifestyle brand for dedicated dog lovers. Besides selling clothes and other pet related merchandise, the company also donates revenue to a variety of animal rescues across the country, and Doug often goes out into the field to connect with rescues and share their stories.

As a business owner, Doug spends a lot of time reaching out and connecting with dog lovers across the world to create a large and flourishing community. I got a chance to interview Doug and talk to him about his company, the work he does with dog rescues, and how he uses digital storytelling to engage people with I’d Rather Be With My Dog.

Thank you so much, Doug, for offering to do this interview! We’re excited to feature you on our Creator Spotlight page. Could you start by telling me about the history of your company and how you got started?

I started out as a professional musician, and one day I wrote a song about rather being with my dog than with anyone else, and the song took off. I started making t-shirts and got an instagram account up. We started gaining followers and kept growing as a company. Now, after about five years, we’re a company that makes high quality and trendy apparel and gets hands on to save dogs wherever we’re needed.

How important was telling your story in getting your company off the ground?

Telling our story was enormously important; it’s what separates us from the competition. Anyone can make a t-shirt or a sweater and can advertise it in any way they want. After that you have to figure out how to get people to support you and invest in the company.

At IRBWMD we’re showing customers and followers exactly what we’re doing. We post a lot of photos and videos of the dogs we are helping to rescue on our accounts. In January of 2019 we even took it a step further and started going to the rescues that we’ve been donating to, and sharing those stories has been huge in gaining support.

What are your favorite digital storytelling tools?

With a rescue dog, selfie videos are great, especially when the dog will come up and lick you! Blog posts are also good and we get involved with a lot of rescues in person that we report out about. I spend a lot of time getting in touch with rescues to go cover and report out about them on our media accounts.

Do you have any advice for people trying to start their own business?

Try to do something different than the competition. Once you have a product that people want to buy you need to stand out. We are doing a lot of boots on the ground work with different groups that take us from a cause related clothing company to a company that engages with animal rescue.

This article is part of a series that features creators, the projects they’re working on, and how they use digital storytelling tools like Kapwing to share their messages with the world. Are you a creator who’s interested in being featured in a spotlight? Shoot us an email at [email protected] 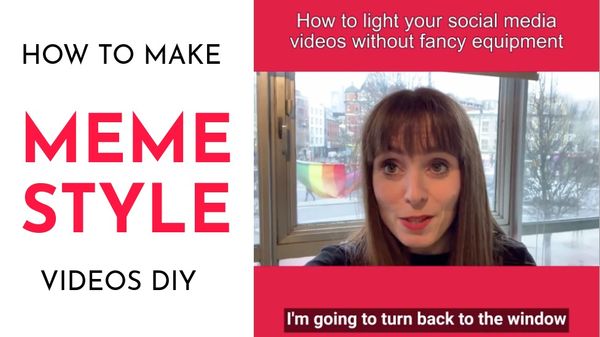 "Meme Style" videos have taken off on Instagram, LinkedIn, Facebook, and other short-form video platforms. The "Meme Style" technique - a title, 16:9 video, and subtitles on a square post - is a great way to reach browsers on social media. 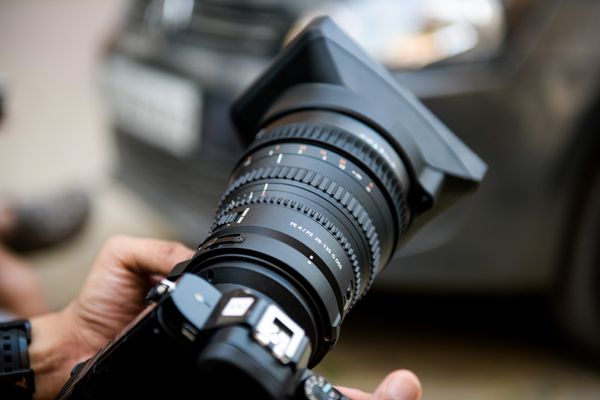 As the e-commerce business grows, businesses large and small are migrating to selling their products online. To give yourself the best shot at selling products, you need to take great product photos.