Part satire, part documentary, part creative tool, our meme collections give the Internet's finest art the attention it deserves. This week: Dog Memes. Read all about them and create your own!

According to the most recent government data, 99.46% of people "love dogs,"* so it's surprising that dog memes haven't quite gained traction on the internet the way cat memes have (after all, only 59% of those polled responded that they "loved cats"**)

*Nope, this is not real.
**Also not real. But this one is probably pretty close.

Doge Shibe, or just Doge, is a Shiba Inu dog meme that developed the social humor vernacular known as Dogespeak. In Dogespeak, the Shibe reacts to its situation by an internal Comic Sans monologue that misuses the words "many," "much," and "very." Consult the following graphic analysis:

Nearly all dog memes also belong in the category of wholesome memes, but this meme format may very well be the most wholesome of them all. The sheepish setup, the over-excited punchline, the most adorable anticipation ("Get it???")... it couldn't be more wholesome. It's whole-whole. (Get it? Instead of wholeSOME?? Get it???)

"This Is Fine" Dog

The "This Is Fine" dog comes to us courtesy of the 648th episode of K.C. Green's webcomic Gunshow. It really caught fire starting in 2013, becoming one of the most versatile and relatable meme formats available. Political humor? Check. College students? Check. Workplace memes? Check. "This Is Fine" dog taught us an important lesson: nothing can unite us like that perfect cocktail of chaos and self-denial 🙃

We don't know this corgi pupper's credentials, nor what corg-anization he works for, but we trust his business acumen implicitly. The jacket, the tie, the disarming lean, the well-groomed beard, the warm, trusting eye contact – whatever he's selling, we're buying. (It appears that the book he's reading is about corgis, too... just take my money already!)

I Have No Idea What I'm Doing

Here's a true classic. Back in 2011, this photo of celebrity golden retriever Bailey jumpstarted the popularity of the phrase "I have no idea what I'm doing," linked with photos of dogs in alarmingly human postures and situations. Do these dogs have any idea what they're doing? Probably not. But is there a chance that Bailey really is a computer whiz, caught in the act by her owner? Absolutely.

Cupcake dog is probably the strangest, most haunting of these dog memes. What past trauma is this Australian dog, Staines, reliving in this moment? What unspeakable horror is linked with cupcakes? Or did poor, forlorn Staines simply realize that he left his oven on at home? Or that he forgot to lock his door? Whatever the reason, Staines is shaken to the core.

Different people react in different ways on special occasions. Some get visibly excited, some get nervous, some even experience nostalgic melancholy. Riley, however, (or "Birthday Dog"), celebrates by looking oddly contented and humanly child-like. (Perhaps he celebrates with a little extra... substance) 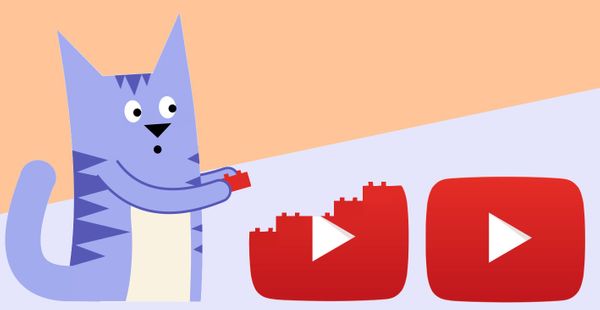 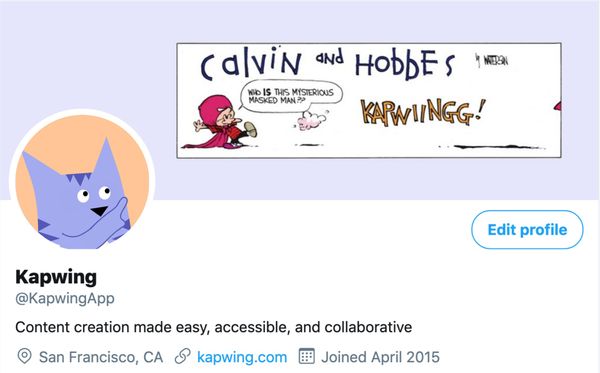 Twitter headers can be used for self-promotion, aesthetic appeal, or sharing your favorite content! But it can be hard to figure out how to make the optimal header. In this article, I'll show you how to create your twitter header using Kapwing.