Since the launch of TikTok, we've seen viral dances, skits, transitions, and even recipes take over the For You page. Who else has instant coffee in their cabinet from the whipped coffee phenomenon?

The ephemeral nature of these eye-catching trends makes it hard to remember each one. That's why we're putting together the ultimate list of TikTok trends for you to reference every month. This is the internet's only encyclopedia of the most memorable trends TikTok has to offer. We'll start with the latest trends at the top and work our way down to older trends that will jog your memory. Let's get started!

The Adult Swim trend is one of the most head-turning  and confusing trends to watch, so what's the appeal? Here's the back story. Adult Swim is a programming block that aired on Cartoon Network to cater to an older audience at night. Think Family Guy and King of the Hill. The ad bumps (or commercials) feature a subtle "AS" logo and played before a show started. Now, creators are making a unique version of this commercial and are cleverly hiding the "AS" logo for viewers to spot.

I made this instead of actually studying #adultswim #apexams

The 3D Photo Trend found creators making stunning videos that put their still photos into motion giving the appearance of a 3D effect. The editing technique is achieved using TikTok's own video editing app called CapCut and the videos use the haunting dance song PHONKYTOWN by PlayaPhonk.

Creators are walking us through the highs and lows of making life decisions with the dramatic story trend. This trend features an edited version of a sound from the popular game, Among Us. The crescendo and decrescendo heightens the twists and turns from the creator's story.

Once you start you can't stop #fyp

Family, friends, and even pets take center stage with the meet the group trend. Creators share clips introducing their group while No Roots by Alice Merton plays in the background. A freeze frame with text captures each member, shares their name, and what they're known for in the group. The editing is reminiscent of opening credits to classic TV shows.

I Work at the Bank Trend

In this self referential trend, creators use a sound stating, "I hate people that work at the bank". Then, the audio reveals they actually work at the bank. While the audio plays, users include text on the video revealing what they say they hate followed by their real sentiments.

Thanks to the iPhone photo editing trend, you can recreate that sun-kissed look all year round. Users follow a specific formula to adjust the app's settings and the results are a golden hour glow on your selfie. There are TikTok videos that recreate this hack on VSCO if you don't have an iPhone.

Not a Photo Trend

Creators had viewers staring at their screens in confusion with the "not a photo" trend. Creators recorded a video while sitting still then moved once the beat dropped. Some were as still as a picture while others were not as convincing.

Creators shared their plans for the future with this trend and the videos varied from serious to hysterical.  After the audio says "don't be surprised if one day I just," a slideshow or video plays.

♬ Dont be surprised if one day I - God

When the long-awaited shapeshift filter launched in the U.S., trends immediately took off. Users made a grid with Marvel characters, then watched the filter shapeshift their picture to a face on the grid. The results were oftentimes shocking and hilarious. Some opted for grids with celebrities to find their lookalike or Harry Potter characters.

The amount of questions I have #shapeshifting #marvel #foryou

Users dazzled feeds with aesthetic videos thanks to the Runaway Aurora trend. Here's how the trends works. Individual recorded themselves with an Instagram filter while moving gracefully to the song Runaway Aurora. A snapshot is taken at different intervals and the filter is applied, revealing a silhouette against a magical background.

This trend either boosted or hurt self-esteems. I attempted this challenge, and instantly regretted that decision. Creators applied the inverted filter to mirror their face, then a few taps revealed how symmetrical their face is or isn't.

this is so fun

The "Hopeful for Today trend" took a comedic approach to character updates that occur at the end of movies. Creators used text overlay to share their intentions for the future while Hope by Faith Evans ft. Twista played in the background. Then, applied the freeze frame slow zoom effect to the video and revealed what actually happened.

More Than a Woman Transition

The seamless and complex more than a woman transition captivated feeds as viewers watched for the big reveal. Creators moved their heads from side to side and eventually revealed a transformation at the end of the video.

The pass the phone trend had users spilling the tea about someone else in the video. Here's how the trend worked. The first person states, "I'm passing the phone to the person who," followed by, an unappealing quality. In the end, most videos were harmless and fun to watch.

The inspirational quotes trend transforms funny, interesting, and sometimes rude things people have said into Pinterest-eque motivational posters. Users with an eye for design combined their artistic skills and memorable quotes to join in on this trend. To top it all off, A Thousand Miles by Vanessa Carlton is playing in the background, adding to the irony. Each time this trend popped up on my FYP, I didn't know what to expect on the posters.

Part 2! Had to go through a lot of old tests to find these gems! What did I miss? #InspirationalQuotes #chemistry #chem

Now Look at This Trend

The "now look at this" trend spotlights interesting things users have come across and want to share. After you hear "now look at this" from Kid Cudi's popular song, Day 'N' Nite users flip the camera or insert a clip that will make you laugh or scratch your head. I've seen videos capturing hilarious falls and videos featuring adorable animals being well...adorable.

The silhouette challenge is the most risque trend to date, and it even stirred a little controversy. Participants dressed in ordinary clothes stand in a doorway while a remix of put your head on my shoulder plays in the background. When the beat drops, the vin rouge filter transforms the person into a sultry black silhouette with red lighting.

♬ Put Your Head On My Shoulder - Giulia Di Nicolantonio

The dramatic moments trend had creators sharing relatable and noteworthy events accompanied with the BGC drama sound effect. The sound heightens the drama and adds humor to these videos.

You hurt me with this one 🥺💔

Creators broke out their dance moves with the Michael Jackson "I'm Bad" dance trend. Users hit the the classic Michael Jackson toe stand pose to the song Bad and captured a screenshot in the pose.

The album cover challenge takes ordinary clips and makes them into eye-catching photos fit for an album. Users gather short video clips and screenshot moments from each clip to create the cover. Then, the staple parental advisory sticker is placed in the bottom right corner to make the album cover appear more realistic.

Have you ever wondered if you have a doppleganger? Well, the Pinterest lookalike trend attempted to uncover creators lookalikes and results were...interesting to say  the least. Creators uploaded a picture to Pinterest's visual search tool and AI did its magic to find a match. Some results were spot on while others had to take a second glance at the screen.

The rent free trend had creators sharing videos that made them smile, laugh, or scratch their heads. It all began when Jess Marciante asked the question, "What's a video that lives in your head rent free." Creators stitched the TikTok video with an unforgettable video and the comments rolled in.

The "I'm so pretty" trend lasted longer than most TikTok trends due to the fun and easy transition that accompanies the music. Here's how the trend works. Users are ordinarily dressed and cover the screen with their hand each time the beat drops. After the eighth beat, users reveal themselves completely made over.

How many trends did you recognize? Bookmark this page to keep up with all the latest trends and follow us on TikTok to stay connected. If you want to recreate the latest trends, head over to our YouTube channel and watch our tutorials. 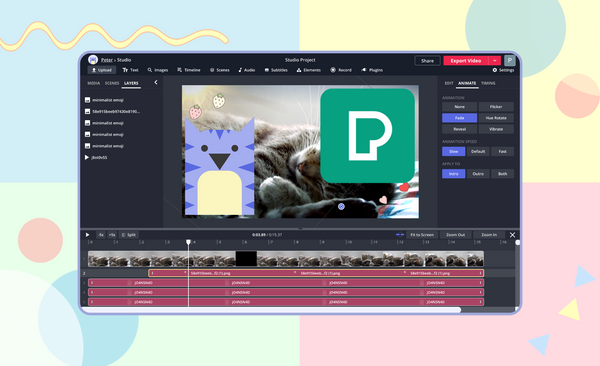 Pexels is one of the best and most useful stock video sources on the web in 2021. Here's how you can edit with their videos without ever leaving the browser. 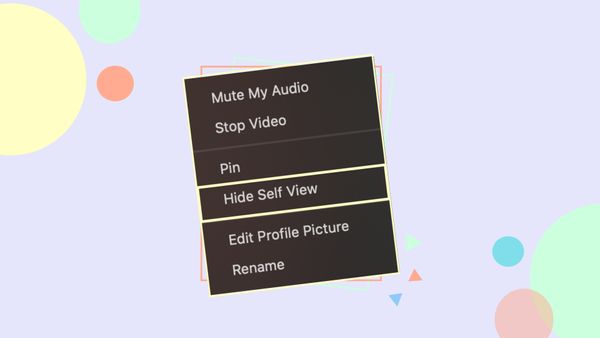 In this article, I'm sharing how to hide self-view to give yourself a break from your reflection during Zoom calls.