The message and impact of Pride has only grown more affirmative, more radical, and more powerful as more and more marginalized and subjugated identities have been acknowledged in its ranks. All LGBTQIA+ people have always been part of the Pride struggle, and many are just now being recognized as belonging to historic liberation movements.

For every group celebrated in Pride, there is a distinctive flag (or sometimes several!) to represent them, with its own colors, style, and design. There are too many identity groups to catalogue comprehensively, but I’ll provide 15 commonly used Pride flags with their precise color hex codes, so you can implement the exact hues in your Pride designs and graphics. Here’s the list of the flags I'll cover:

NOTE: Use the Kapwing Studio to use precise hex codes in your own designs or identify the colors of a Pride flag not included in this list.

The original rainbow that Harvey Milk commissioned from Gilbert Baker in 1977 had 8 stripes, then it was updated later with only 7. Now, you’re most likely to see a simplified 6-stripe version emblazoned on any and all Pride-themed designs.

It’s meant to be all-inclusive, but all identities deserve to be recognized on their own – each of the other flags below is just as important as the rainbow.

All aspects of identity intersect with one another both individually and politically, as acknowledged in Daniel Quasar's Progress flag, a redesign of the 6-stripe rainbow. With the additional Black & Brown stripes, as well as the colors of the transgender flag, this flag draws attention to to interconnected struggles of all LGBTQIA+ identities and BIPOC.

2021 has been off to a horrifying start for the rights of trans people in the US, so this Pride is the stage for an especially defiant stand against the record number of anti-trans bills going through state legislatures this year.

The trans flag was created by Monica Helms all the way back in 1999, and features an iconic pastel blue and pink colorway, instantly recognizable when incorporated into any design.

The internet favorite “bisexual lighting” is a moody, theatrical application of the bi flag itself, combining a muted blue with an extra-warm pink, blending the two tones in the middle. This timeless design is one of the more long-standing Pride flags out there, created by Michael Page in 1998.

Many people identify as bisexual and/or pansexual, and feel represented by either term. The pan flag itself is less widely known than the classic rainbow and bi flags, but its vibrant pink, yellow, and blue are instantly recognizable once you’ve seen them.

Gender is a spectrum, with a lot more flux and dimension than an enforced binary. The NB flag was created by the 17-year-old Kye Rowan, nodding toward the agender spectrum with its near-black and near-white shades, and it has been in use since 2014.

Lesbian flags have gone through many different modifications, iterations, and debates since the late ‘90’s. One of the most popular and inclusive versions is this one created in 2018, with two or three shades of magenta and burnt sienna mirroring each other across a white center.

The asexual, or “ace,” orientation includes everyone who doesn’t feel sexual attraction to other people, or whose sexual attraction is especially mild. The colors and design of the asexual flag encompass all of its varied identites, including graysexual and demisexual, shown in the gray stripe.

Marilyn Roxie’s unique genderqueer flag is considered another form of nonbinary flag, representing those whose gender identity exists anywhere outside the gender binary. Specifically, the sage green stands for nonbinary gender, the white represents agender, and the lavender indicates androgeny.

Genderfluidity acknowledges that gender can shift and evolve over time, and that gender intersects with other aspects of identity and expression in dynamic ways. Created by JJ Poole in 2012, the genderfluid flag combines various hues between pink and blue, plus black and white stripes.

The intersex flag acknowledges that sex and sex characteristics, too, are nonbinary spectra. Its colors and design, established in 2013, are entirely distinct from most of the flags in this list in order to distinguish it entirely from binary gender iconography.

The aromantic flag reworks the visual language of the asexual flag, acknowledging the interplay of sexual, romantic, and other attractions, and representing both those who experience sexual attraction and aroace people.

The traditional polyamory flag uses the pi symbol, whose infinite and non-repeating digits represent the infinite romantic and sexual attractions, relationships, and partners of polyamorous people. Its colors are extremely bright: the three pure primary colors, and pure black.

This list is nowhere near a comprehensive or exhaustive list of Pride flags – it merely showcases some of the best-known flags out there. If you want to use the hex codes in these flags for your own design, or find a color hex code in a flag that isn't on this list, I recommend using the Kapwing Studio, where you can use precise colors for any image, GIF, or video design.

In the Studio, you can make custom text, shapes, transparent overlays, image and video frames, and even subtitles using any of the exact color codes from this list. Plus, you can upload any Pride flag you want and use the eye dropper tool to identify its colors for your designs. Here's an example using the polysexual flag:

I hope this article helps you add your own voice and identity to the struggle and celebration of Pride 2021! For more tips and tutorials on creating modern digital content in 2021, check out the Kapwing YouTube channel or read through some related articles on bringing inclusion and accessibility to digital media:

• Let's Get Community Captions Back on YouTube: Here's How
• 7 Important Accessibility Tips You Might Not Know
• The 5 Must-Have Accessibility Tools for Creators in 2021
• How to Add a Content Warning to Videos Online In this tutorial, you'll learn how to create your own customized gift certificates for your business to keep your customers coming back to try your products and services! 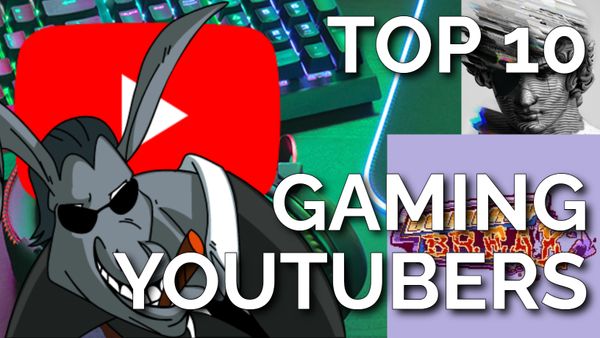 There are more gaming YouTubers than any other genre on the platform. 100 billion hours of gaming YouTubers were watched in 2020 alone. Watching people play video games is something we all did as a kid, if you were the younger sibling. These 10 gaming YouTubers are underappreciated and worth a sub.