Most popular meme accounts on Instagram are full of the same types of content. Pages with over 1M followers commonly are known to repost tweets and content that's already popular. There's a great community of original meme creators on Instagram that don't have millions of followers, but offer more unique content and have more impact on trends and the meme economy as a whole.

This list of 10 Instagram meme accounts, in no particular order, are quality pages worth following because they are either: insanely talented editors, expert curators of smaller meme pages, or funny personalities that bring more to memes than just images/video.

@Largetrap has been making video and image memes since 2017 and has attracted over 850k followers. Largetrap is known for his high quality video memes that have been showcased by notable creators and outlets such as Pewdiepie, CBS News, KnowYourMeme, XQC, and Pyrocynical. His audience is extremely engaged, averaging over 100k likes per post.

The meme above of Pedro Pascal laughing and then crying is a popular meme template that Largetrap put his own spin on. If you want to try your hand and making a similar meme, you can use Kapwing's template for this meme!

@Tonyzaret is the king of irony. The most common comment left on his skits and image posts is usually, "Is this ironic?". When your content is so well done that people constantly question if it's ironic or not, you've perfected the art of irony. Besides posting on Instagram, Zaret has a Patreon where fans can request skit ideas, which get turned into videos and posted on his Instagram.

Perhaps the most talented 3D editor in the community, @Supertrip64 has quickly taken the meme world by storm. The name "Supertrip" certainly describes the experience of viewing one of his works of art – it can feel a lot like tripping on hallucinogens! Some of his work has been auctioned off as NFTs, selling for as high as $27,000. Every video he posts is different and usually incorporates nothing common to trending meme content. It would be wrong to classify Supertrip as simply a meme maker, he is the definition of a true meme artist.

While @_Kingorange is primarily known as a streamer and YouTuber, his repost meme page consistently showcases extremely niche memes you likely haven't seen before. It's a talent and skill to be able to find good memes, just as it is to make them. _Kingorange also loves to make his own memes with cute animals and enchanting music. His personality shines through the content and captions that he adds and puts his page a step above most other repost meme pages.

Another talented video editor, @Pamcinema, is well known in the meme community for being ahead of the curve on up and coming meme trends and turning them into his own movie-quality edits. While making high-quality memes is what Pam is known for, his second account for meme templates and green screens has become a great resource for other creators looking to up their editing skills.

Pam created the walking Patrick Bateman green screen that was popular on Instagram in March 2020. If you don't know how to edit out a green screen, Kapwing offers a collection of templates for you to learn how to make memes using the chroma key tool.

Music memes are very popular on TikTok, but @Cyph6n has been creating studio quality music memes since early 2018. In the past year, he's expanded his talents to include short films and 3D modeling. Cyph6n is only 17 years old but already has editing skills in both audio and video that are up to par with professionals in both industries.

@Repostrandy is the largest page in a family of Randy pages that offer different categories of memes to enjoy such as, original memes and cringe memes. One thing that separates Randy's family of pages from others, is that his comment sections are some of the most entertaining in the game. Maybe a meme he posts isn't that funny, but there's always someone in the top of the comments who has a joke or reaction that makes the meme more enjoyable. Randy is also a talented video editor himself, focusing on the video game and movie meme genres.

@Succc.exe features a great mixture of simple original memes combined with a great catalog of funny videos from TikTok and elsewhere. "Bing Bing Bang" is a meme format series with seasons and volumes that is a montage of quick funny videos aligned to a consistent audio track with the words "Bing Bing Bang". Succc's audience often gets mad at other meme pages who repost his B.B.B. memes and will raid those page's comment sections. It's a great community that makes you feel like you're in on an inside joke.

Everyone needs a small meme page that posts tons of memes that they can then send to their friends in group chats. @glutenpee is relatively small compared to other pages on this list but has posted over 12,000 memes. You never know what kind of meme you're going to see on Glutenpee, which is part of the fun. Meme pages with under 20k followers are some of the best sources for finding memes that you or your friends haven't seen before and can make you look like you're a meme expert if you send them in group chats.

@Startup.mp4 is another source for ironic memes. Startup has his own particular style of insanity edits, where short videos and snippets of meme culture are blended and combined into 'meme smoothies'. Watching one of his edits can feel like you're trying to watch 40 memes at once with everything that is going on. Reminiscent of the YouTube Poop genre, each video aims to confuse and create a feeling of overwhelming visual and audio headache.  His content has shifted to be more repost heavy in the last few months, but he still puts out a few quality edits a month that are in this style.

If you're looking for even more memes , you can join the Kapwing Discord where we have a dedicated channel for posting memes and helping other make better content. 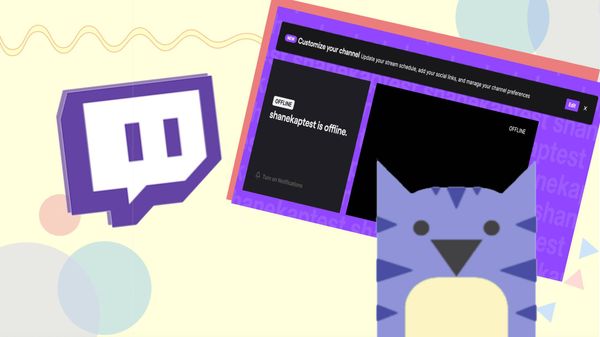 Want to change your Twitch username to something more relevant to what you stream? Here's how you can customize everything about your Twitch profile. 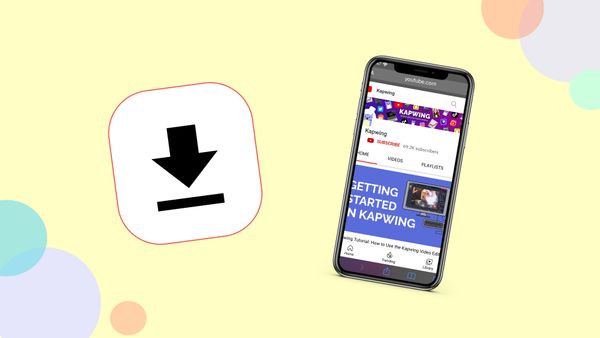