When comedian Tess Gattuso first laid her eyes upon that iconic image of a woman yelling at a confused white cat - something clicked. A longtime passive viewer of memes, Gattuso felt a sudden urge to act. She found an image, added a caption about her personal life and posted it straight to Instagram. Within a few hours, the meme racked up more engagement than any photo Gattuso had ever shared.

A freelance comedy writer and aspiring showrunner living in Los Angeles, Gattuso found a new niche for herself in the mixed-media art of making memes. Less than one year after starting her personal meme page, she joined Comedy Central's "Lights Out With David Spade," as a meme producer tasked with creating content for the show's official Instagram account.

I had a chance to chat with Tess about her deeply personal brand of comedy, making memes for Comedy Central, and how she uses Kapwing to turn comedy writing into memes.

Tell me a little about yourself - how did you first get into performing and comedy?

I've always been obsessed with comedy. In college I was studying political science and feminist and gender studies, but then I took a screenwriting course and a professor said 'you should pursue this for real.' That's all I needed to hear, I started a comedy troupe, got super into theater and was encouraged to come out to LA. Comedy is the only thing that makes me consistently happily. It's always available.

"My hope would be that people who make memes are aware of how they can leverage their talent into real work."

You’re a meme producer for “Lights out with David Spade” - tell me more about that role?

I work on it for a few hours every morning - it's only part time. The senior digital producer had posted on Facebook that she was looking for a meme producer, but she didn't say for what. I emailed her my memes and she emailed me back and said 'I want to hire you for this'.

Every morning I see what's up with the news, and naturally, I'm already looking at memes, so I have images in my head and see what would be a fit for a news event. It's kind of like a puzzle. It's comedy writing except it's mixed media.

How many memes do you produce each day for the show?

Do your parents understand what you do?

I think they liken it to past freelance work I've done where you're creating art, or copy, or a script, but in this case it's a meme. I think the memes do make sense to them. For example, me and my Dad got into a fight on Thanksgiving and I immediately made a Baby Yoda meme about it. The meme did well, so I was like 'Look Dad our fight did something" and he goes "That's a SOLID meme Tess."

Your Instagram is a blend of a meme page and a personal account - how did you develop that strategy?

I want my digital platform to be a place of fun. I don't want to make it too businessy, I don't want to incorporate too much strategy into my Instagram, because that just isn't authentic to me. I want people to associate the videos of me and the memes as complementary to each other. This page is my voice and everything I'm memeing is from my brain.

What is the state of meme pages on Instagram in 2020?

I think it's rough to be a meme lord or a meme queen or whatever. I think it's hard because it's so much free work that you're putting on yourself. It's time consuming and you're by yourself making memes, also a lot of people who make memes have mental health issues and that is what makes the memes really good. That they can joke about it in an authentic way.

My hope would be that people who make memes are aware of how they can leverage their talent into real work. I think that's really important, but because memes are so new I'm not sure a lot of amazingly talented people know how to leverage it. It kind of bums me out when people who don't make memes, but who curate them from other creators are making money off the backs of people who actually made the memes.

"Whatever you make - have it be from your personal point of view. Tell stories that you have experienced."

How did you first find Kapwing?

I was looking for free editing software and how to meme a YouTube video, and that led me to Kapwing. It's so easy! Also you guys don't have a watermark which is so helpful. Like, I can make a meme on my phone when I'm out to lunch...when the other person is in the restroom or something...not when they're sitting across from me. Memes are super do-it-yourself and Kapwing is a helpful aid to that.

Who are some of your favorite creators online right now?

Eva Victor - She makes front-facing videos on Twitter and I think she's super authentic. It all stars her, she doesn't make memes, but she's a recent viral comedian who I think is so funny and talented.

Gay Girl Inc - What I like about her is that she's super supportive of meme creators. She's engaged with the meme community of queer girls and gay girls. That's cool to me when meme people are supportive of each other.

You’ve worked on a lot of prolific shows that live online - what advice would you give to creators looking to grow on YouTube or other new media platforms?

Whatever you make - have it be from your personal point of view. Tell stories that you have experienced and don't try to take from someone else's story. If you're doing this on your own time for fun, take risks and experiment. Don't be so concerned with whether the most people possible will be able to relate to it. 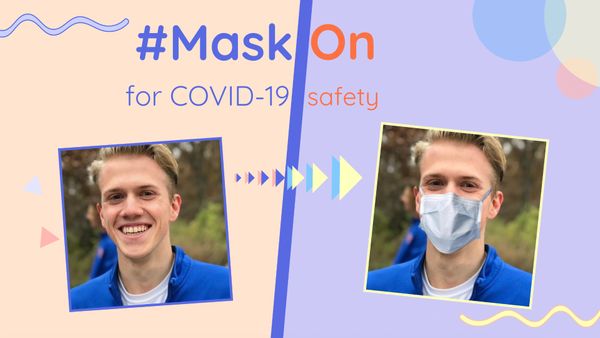 With everyone spending more time on social media, it's important for us to use our platforms to promote health & safety. Here's how to upgrade your profile picture in under a minute to promote healthy COVID-19 protection. 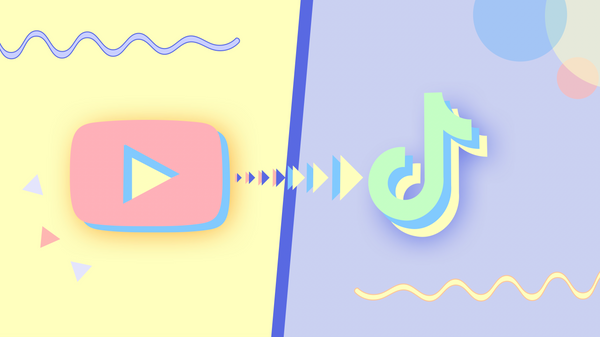