What Is A Deep Fried Meme?

Well, they can really look like just about anything. There are some common tropes and traits that are found in the deep fried meme sphere like: Impact font, highly saturated images, laser eyes, and tons of cursed emojis. Here are a few deep fried memes to give you a style idea.

The more a meme gets processed, reposted, and screenshot the less pixels the image contains and the quality of the picture lessens each time. This effect has come to be known as 'deep fried' in internet culture.

How To Deep Fry A Meme

This template will work on your phone or on your computer – just click the embedded button down below to begin.

Once you open the generator, you'll be brought into Kapwing's studio where you can begin to make your own deep fried meme. Normally, you can log in and remove the Kapwing watermark for free but when you're making a deep fried meme, the logo and watermark is kind of part of the meme and adds to it. But feel free to remove it for free, if you want.

You'll need to think of a good meme caption for your meme. Once you've thought of something, go ahead and replace the Impact font text boxes with whatever incredible phrase you've come up with.

Most deep fried memes do not make sense. Don't try to think of something that's objectively funny; random is the way to go here. Whoever said random doesn't equal funny is probably not a big fan of deep fried memes.

Kapwing solves the toughest part about making deep fried memes -- finding the right weird images to include. Go to the Images tab on the top and you can add any image from Google directly into your meme project.

Generally, adding a good background of something with a lot of texture will increase the amount that your image gets deep fried. You'll see why in a few steps. I added my favorite Muppets character because there are no rules when it comes to making memes, especially deep fried ones. In the next step, I'll show you how to start to give your meme that distinctive deep fried look that you see below.

First, click on the image that you want to deep fry and head over to the Adjust button in the edit tab on the right side of the screen.

Play with these sliders until you feel your image looks very vibrant and saturated. In this example, I moved over the top four sliders as far right as they could go. Experiment a bit to produce a look that's right for your meme.

Step 5: Export and Reimport Your Image Many Times

A deep fried meme looks like it's been through the wash a few times, and to achieve that look you can export your meme and reimport it going through the previous steps multiple times to deep fry your meme.

The more times you go through the process of exporting, changing the image adjustments, and then exporting the more of a deep fried look you'll get. For this meme in particular I exported and reimported 8 times. I feel that anything over 5 does the trick, I just went overboard and tried my best to really deep fry this one.

You can add any type of emojis, laser eyes, or deep fried elements to your meme during this process.

Add any .PNG or .JPG file to the project then move and warp it as desired. If you're looking for laser eyes, we have a laser eyes Kapwing template where you can add laser eyes to anyone's face. Once you're happy with your deep fried meme, click Export one final time and save that gem to your phone or computer.

Now that you've learned how to deep fry a meme, you'll never have to ask that one weird friend who knows how again. If you're looking for a place to share your creations, join the Kapwing Discord where we share all sorts of dank and deep fried memes. 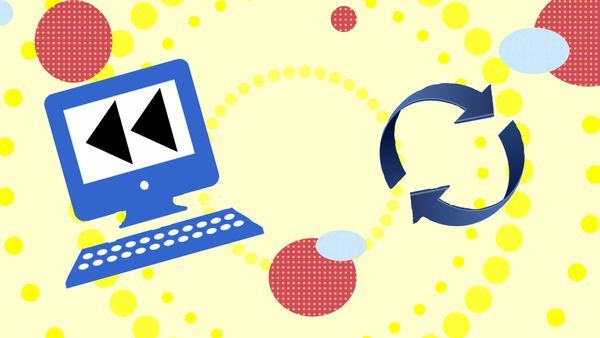 Reversing a GIF can totally change the story or joke and it's a simple way to mix things up. In this tutorial, we'll discuss how to reverse a GIF online in just a few clicks. Kapwing Resources
—
How to Deep Fry A Meme