My cofounder and I both worked at Google for two years as Associate Product Managers. Then, we started a content creation website called Kapwing together.

When raising Kapwing’s Series A, I got the opportunity to pitch to Keith Rabios, a GP at Founders Fund. He didn’t invest. I found out later that Rabois had previously tweeted that he almost never invests in Google PM or engineering founders.

Rabios pointed out on Twitter that of the 390 unicorns, only one (Wish, led by Peter Szulczewski) had a former Google PM as CEO/founder.** On Twitter, Szulczewski chimed in to agree with Rabois claim.

As a former Google Search PM turned entrepreneur, I also kind of agree with Rabois that “big company Product Management” can teach someone the wrong things when it comes to starting up. In this article, I’ll give my opinion about why Google PMs make bad entrepreneurs and give my strategies for Google PMs like myself on avoiding common shortcomings.

1. Googlers Build For Scale Too Soon

Googlers build for Greatness from the start. Accustomed to design review, dogfooding, billions of users, and launch processes with dozens of approvals, they cover their ass with low-level technology, powerful features, and product marketing polish better suited for I/O than for Product Hunt. At Google, PMs are supposed to figure out all the things that could go wrong before the first launch.

In contrast, a successful startup builds exactly enough and not too much. They leave out the bells and whistles, assess time tradeoffs, and know that great is the enemy of the good. In Startup Land, founders often have to get things out the door even when they know there are problems.

Eric and I have combated feature creep ruthlessly at Kapwing. We have “Done is better than perfect” postered on our office wall, reminding us and our team to ship quickly. In the domain of digital media creation, development velocity (and constant feedback from users) has been a major advantage and forced us to rigorously prioritize based on what creators want.

With an ads business that prints tens of billions every quarter, Google can offer an outrageous lifestyle to its employees. People can work lax hours, take long lunches, and go on regular offsites while taking home a massive salary. Googlers get free meals, charitable matching, fancy swag, unlimited PTO. Their work has an impact because every bug fix moves metrics. 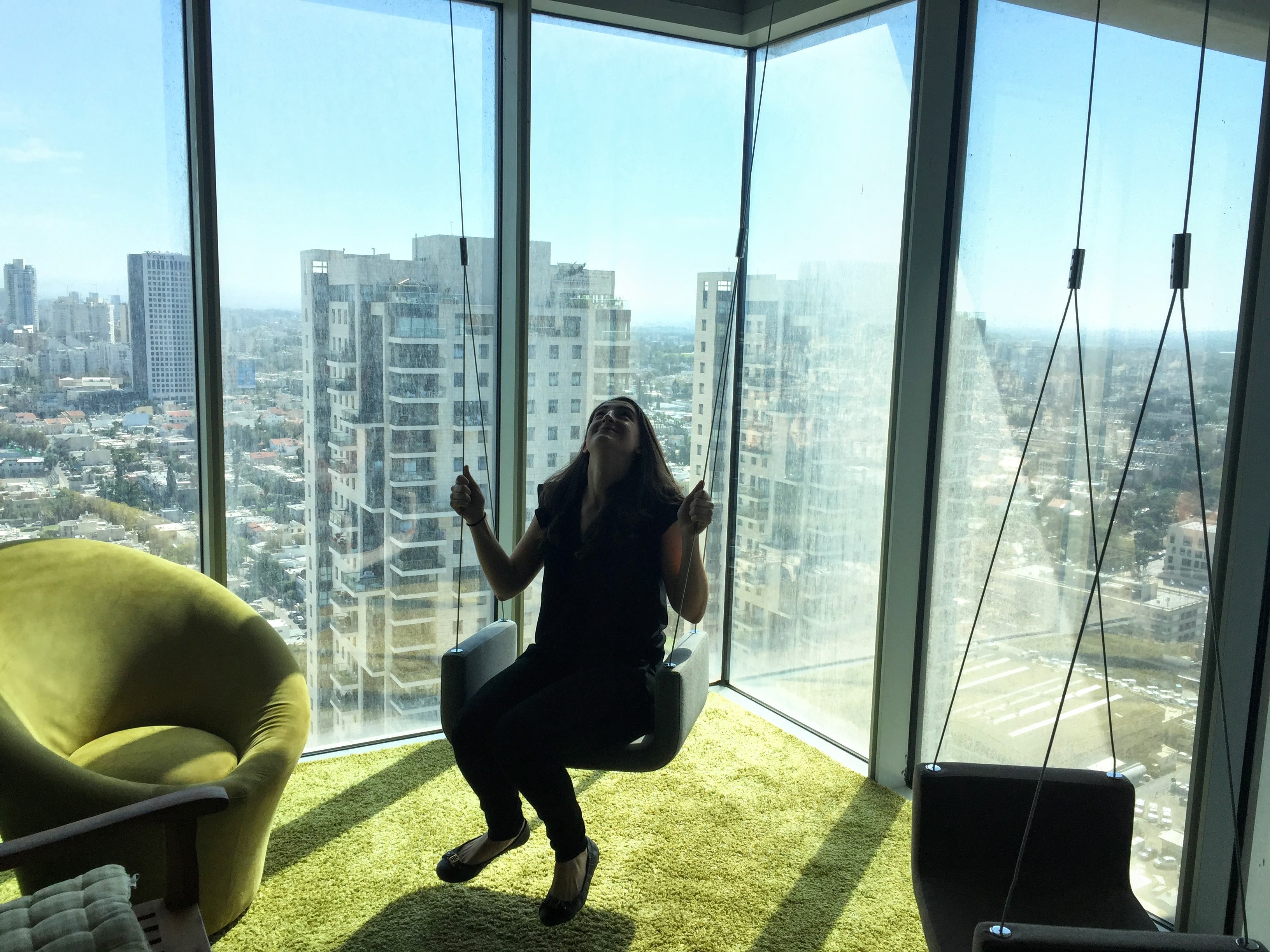 A swing inside? Only at Google

Of course, startups don’t make billions of dollars; often, startups burn much more than they make. Yet founders out of Google offer ridiculous perks to employees because it’s what they’re used to and what they assume others are used to, so they run out of money faster.

Of the pitfalls in this article, we’re definitely guilty of this one at Kapwing. Our company culture is relaxed and balanced. Eric and I started Kapwing by working like industrious Googlers - taking offsites, working normal 50 hours weeks, getting lunch on the company’s dime - and brought this culture with us as we’ve grown a team. We have a nice office with free food. We go on week-long vacations with our families. When designing our compensation plan for new employees, Eric and I literally didn’t believe market data about average salaries because Google had so skewed our intuition. 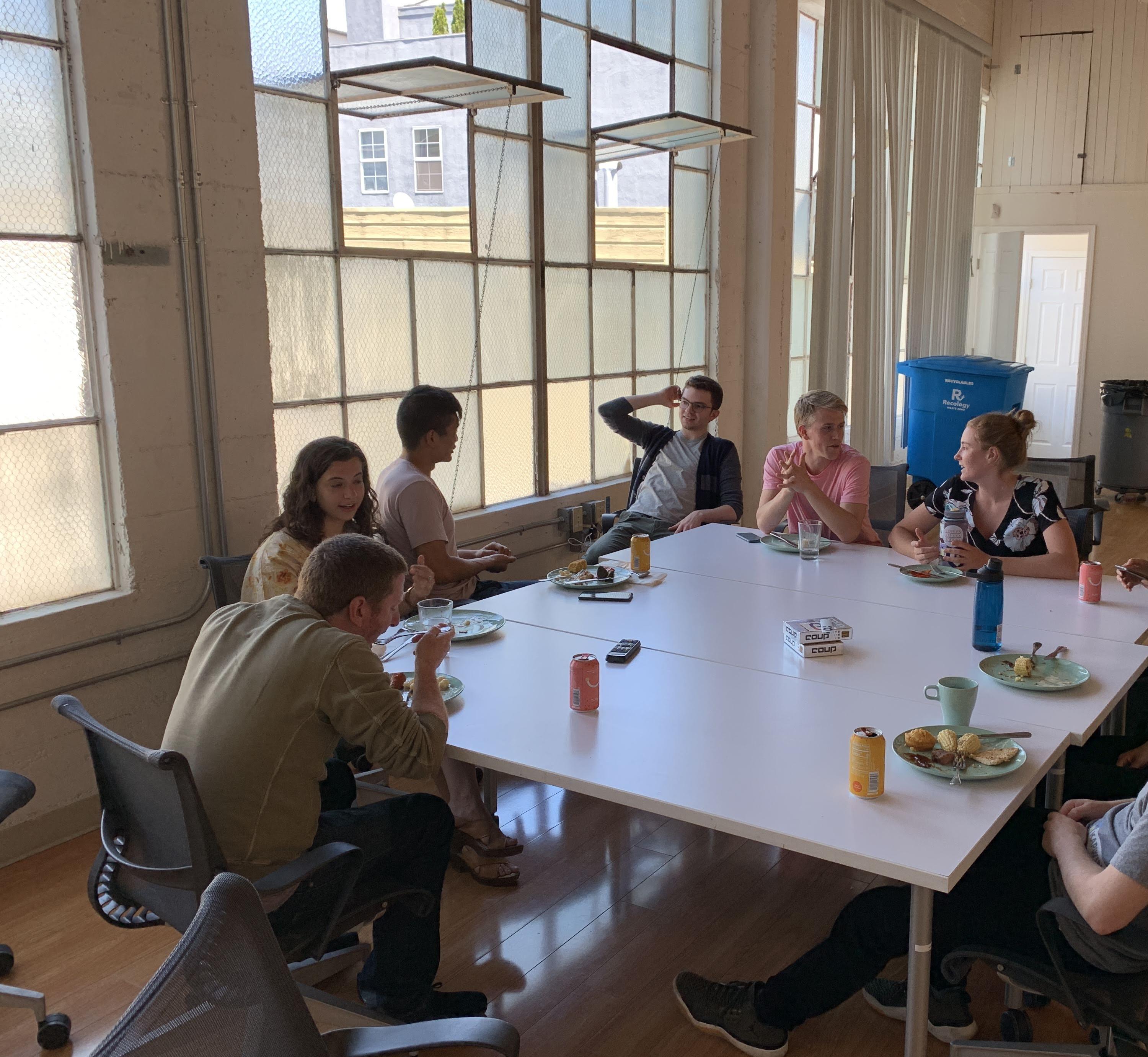 If Kapwing makes it, I’ll be proud of this choice and talk about how you don’t need to kill yourself or your team to build a huge company. If Kapwing doesn’t make it, I might regret not having worked harder or pushed every dollar further. The point is that X-Googler founders don’t stretch every dollar like bootstrappers do, meaning they go to zero faster.

“Measure everything” is a mantra that many Googlers live by. Steeped in a data-driven culture and launch process, Google PMs seek positive metrics and A/B tests to validate their product decisions. There’s a deep trust in numbers, which makes sense when a third of the world’s population uses your product.

In contrast, it’s impossible to measure everything in the earliest days of a startup. Entrepreneurs can do casual user testing to see how people react to their interface and where they get lost, but they also need design intuition and market insight to guide them towards the right product. Fast decisions accelerate product development whereas measurement, experimentation, and user testing can slow down a product’s launch.

Great founders know when to skip testing and just make a decision instead. Uber, Airbnb, SnapChat, and Twitter didn’t get the MVP out the door because of user testing; they quickly got out to market and grew with some creativity and audacity. Sometimes, founders have to shut down ideas to make progress because there isn’t enough time to get data. Googlers aren’t great at intentionally running without data.

Google PMs don’t code, design, analyze, or market. Once strong engineers become rusty hackers; talented designers lean out of the UI details. Instead, Google PMs are evaluated by how well they get along with people, if they can convince others to give them resources and persuade engineers to build the projects they want. Google PMs are good at securing investment, winning partnerships, making friends over free meals, managing up. They learn to be good at politics to advance their teams and projects through a large bureaucracy.

Eric and I both studied computer science and worked as software engineers before starting at Google, but after two years as Product Managers it took us eight months to shake off the engineering rust and get back to a fast technical cadence. For a year, we bootstrapped out of our own savings, coding every day, to launch and iterate on the Kapwing MVP. I’m grateful for that heads-down time when investors didn’t know about us because we experienced the importance of focused execution with no distractions. 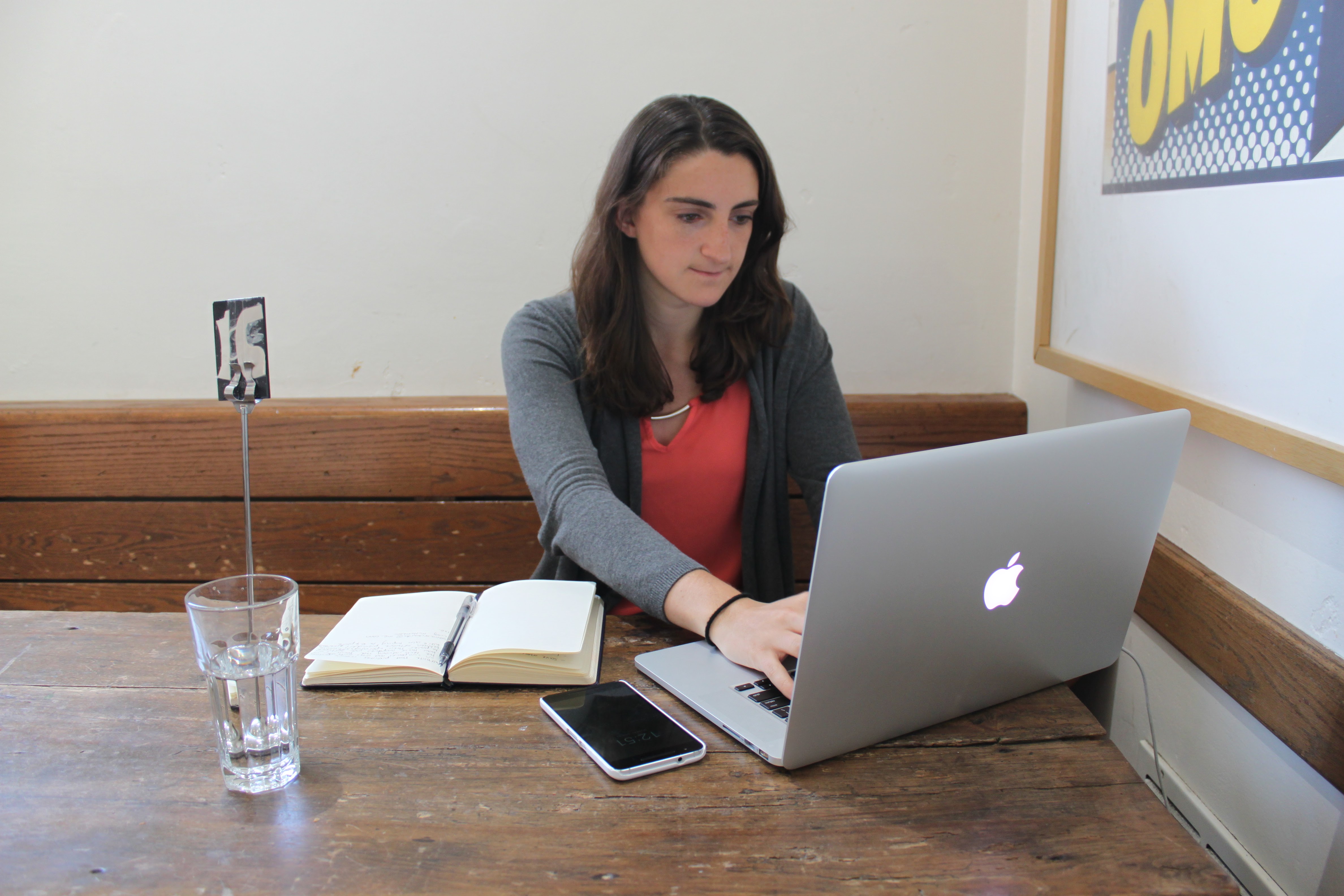 A big-company PM knows that networking and influence is the key to success. PMs spend a lot of time networking, presenting, getting lunch or a drink with peer. But as early-stage founders, we learned to ignore emails from fancy investors, avoid needless meetings, and turn down dinner invitations and interview requests in order to defend our own time and make tactical progress. Shrewd founders know that proven business value is, in the long run, more valuable than hype, and when a team is small a lot of that value comes from the founder himself.

5. Googlers are Bad at Confrontation

The Googley culture is collegiate, more about supportive exploration and soft influence than about heated debate or critical growth. Bad products flounder for years before someone shuts them down. At Google, no one really gets fired; PMs are asked to “find new teams” by a deadline. As a result, low performers lurk in the massive bureaucracy.

In contrast, startup founders have to be right, first and foremost. Early product development is contrarian; you have to see an opportunity that others don’t and believe in the business despite setbacks and criticism. CEOs have to make unpopular decisions against the advice of their employees and advisors, and those decisions need to be right. They have to set a direction and ignore the haters.

Outside of Google, the market is brutal. Bad startups get shut down mercilessly all the time. Startup CEOs have to fire low performers. Sales, recruiting, fundraising, press relations, and many other challenges of the startup journey require resilience towards rejection, something that most Google PMs (software engineers turned soft-skill leaders) have little experience with. I struggled with this transition but have embraced it.

The Google brand and user base is so strong that PMs don’t worry about marketing. In fact, Google PMs sometimes forget that there’s competition at all, because if Google builds a product that’s almost as good as the next best one people will probably use Google’s. Google physically and structurally separates PMs working on its consumer products from the teams working on sales, marketing, and ads, giving the product and engineering teams a delusional belief that great products grow themselves. 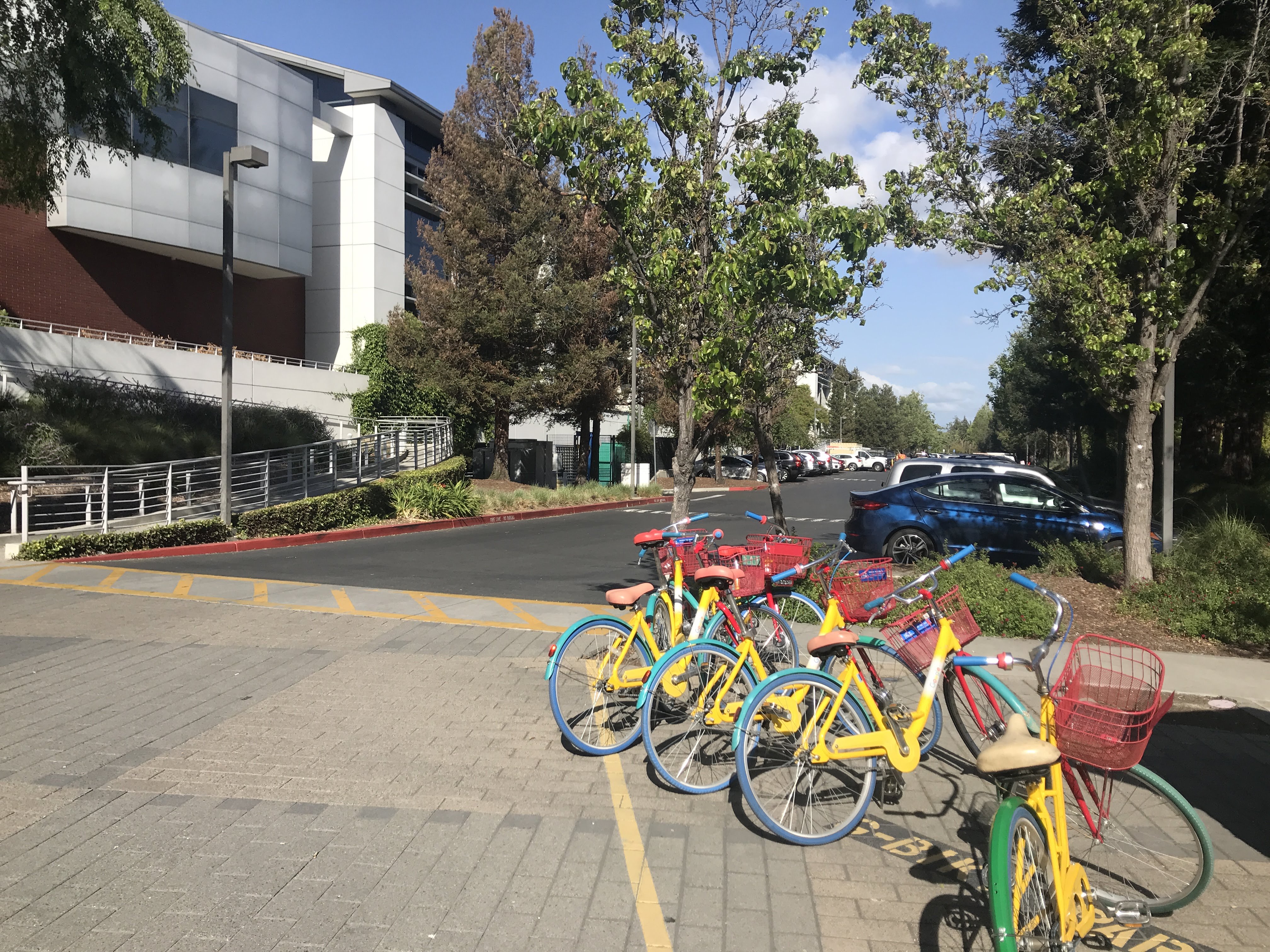 Of course, at a startup, people don’t care about your brand. Even if VCs support you and your startup gets covered in TechCrunch, the tech audience is a tiny segment of the world, and finding real users or customers takes a lot of skill, creativity, and grit. When you know little about growth, modern marketing, or startup news, it’s hard to come up with ideas, and a lot of Googlers struggle with getting customers and accelerating traction for a sophisticated product.

Eric and I fought hard against this stereotype, racing to get traction from the moment we launched Kapwing, doing daily case studies on exemplary growth tactics, and forcing ourselves outside of our comfort zone. Having failed on a couple of side projects before starting Kapwing, we knew that, for us, attracting users would likely be harder than building cool technology and confronted our weaknesses early. We’ve learned way more about SEO as scrappy entrepreneurs than we did as PMs on Google Search.

…And Most of Your Network Are Googlers Too

The longer you work there, the more time it becomes your world. We have yet to hire an X-Googler, partly because 2 feels like enough Googlers for a 15 person company. 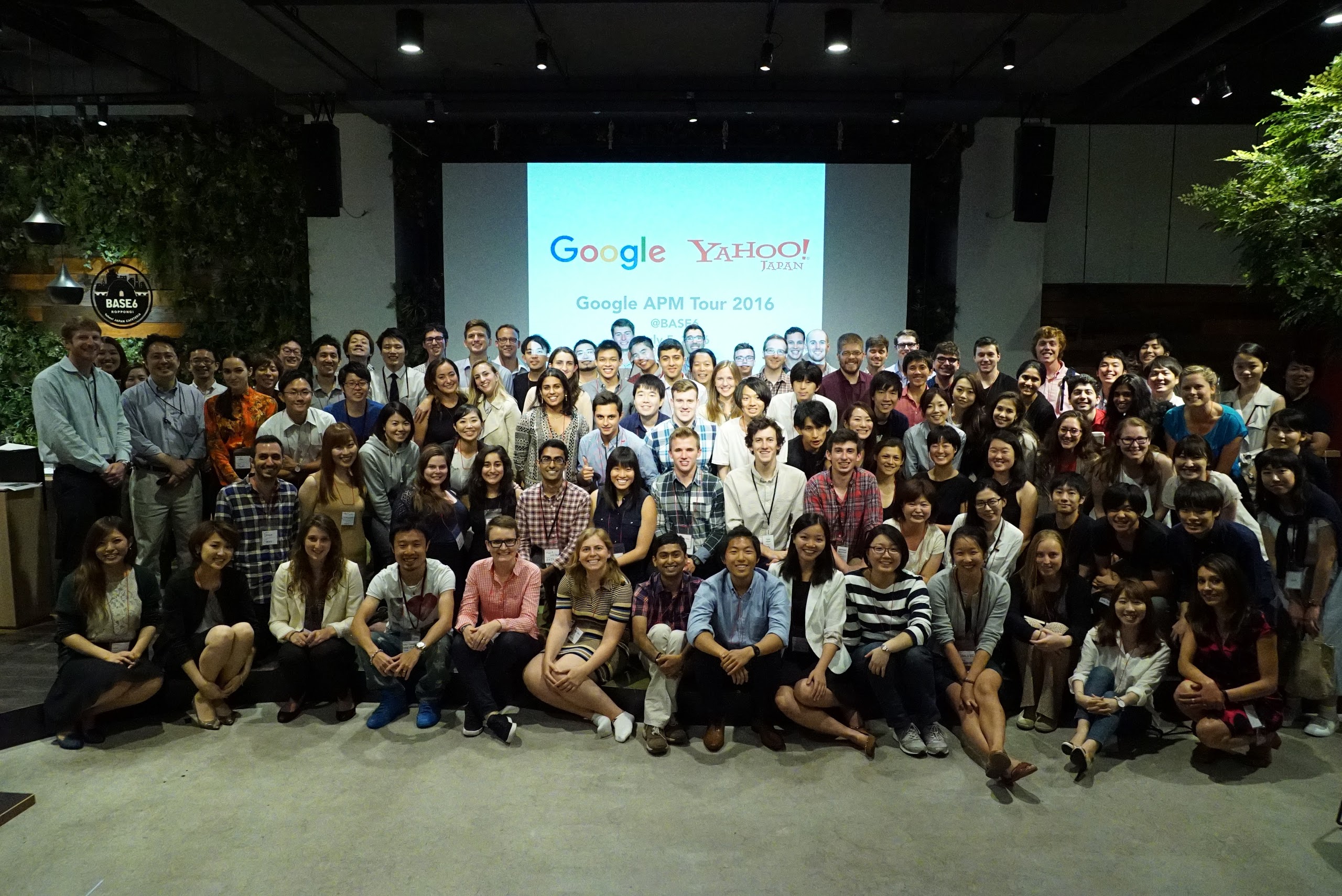 Every entrepreneur should be afraid of building an over-financed, feature-bloated product that no one really needs. Founders who do not guard diligently against this risk will miss the market and go to zero without the agility to correct course. Given Google’s luxe work culture where money barely matters and net loss products are celebrated, it’s not surprising that X-Googler founders struggle with running a lean process.

Thankfully for us, we were able to raise a great Series A despite Rabois’ hard stance. In fact, most investors disagree with Rabois and see “Googler” as a resume stamp. In my opinion, this is part of the problem. With a rich network and connections to Bay Area investors, X-Googlers have more access to venture capital than the average entrepreneur. Early validation from investors enables entrepreneurs to avoid confronting their weaknesses for years while they spend money on a bad business.

If you are a Google PM, like me and my cofounder, read this piece as a warning of some of the pitfalls you should avoid when you start a company. X-Googlers who acknowledge and avoid these biases will be better entrepreneurs. We’re aware of our own training and perspective - hence why I’m writing this article - and that informs our leadership and strategy. Very much looking forward to proving Rabios wrong.

I did a bit of research into Rabois’ claim that Szulczewski (Founder/CEO of Wish) was the only founder/CEO who had worked as a PM or engineer at Google before starting his company. For what it’s worth, Udacity and Coursera’s founders – Sebastian Thrun and Andrew Ng – were Googler eng researchers and Stanford professors before starting the edtech companies. Otherwise, I found that Szulczewski was the only other Unicorn founder/CEOs with Google product or engineering experience on their resume.

Airtable and Asana have former Google PM founders (Andrew Ofstad and Justin Rosenstein), but they’re not the CEO. Ben Silberman worked at Google before founding and leading Pinterest, but he worked on the Sales Ops side, not in product/engineering; Shoaib Makani of KeepTrucking similarly worked in BD and Product Marketing at Google before joining a VC firm. A few Unicorn founders to-be - Nat Turner of FlatIron Health, Dan Lewis at Convoy, and Max Levchin of Affirm - were acquired into Google and spent a few years there, which Rabois said doesn’t count. Of course, there are many Xoogler founders who are building valuable companies that haven’t yet gotten a $1 Billion valuation, including Dan Siroker of Optimizely, Kevin Gibbs of Quip, and Othman Laraki of Color Genomics.

Although it’s not a fair comparison because other companies have been around longer than Google has, alumni from other big companies have several former eng/PMs on the list of Unicorn founder/CEOs:

How To Know When Your Startup is Failing