In the last two years, we've grown Kapwing from two cofounders to 13 full-time employees and secured two rounds of venture funding, but we just moved into our first office space. In this article, I tell the story of our journey between offices and share some tips for other entrepreneurs on responsibly finding and furnishing your own space in SF.

Eric (my cofounder) had worked for seven months on his own from his bedroom before I left Google to join him in Startup Land.

Eric and I started out squatting at spare desks in the back of our friend's office in SOMA. We worked through two other projects - Normal Software and Hot Barber - before starting work on Kapwing in September. 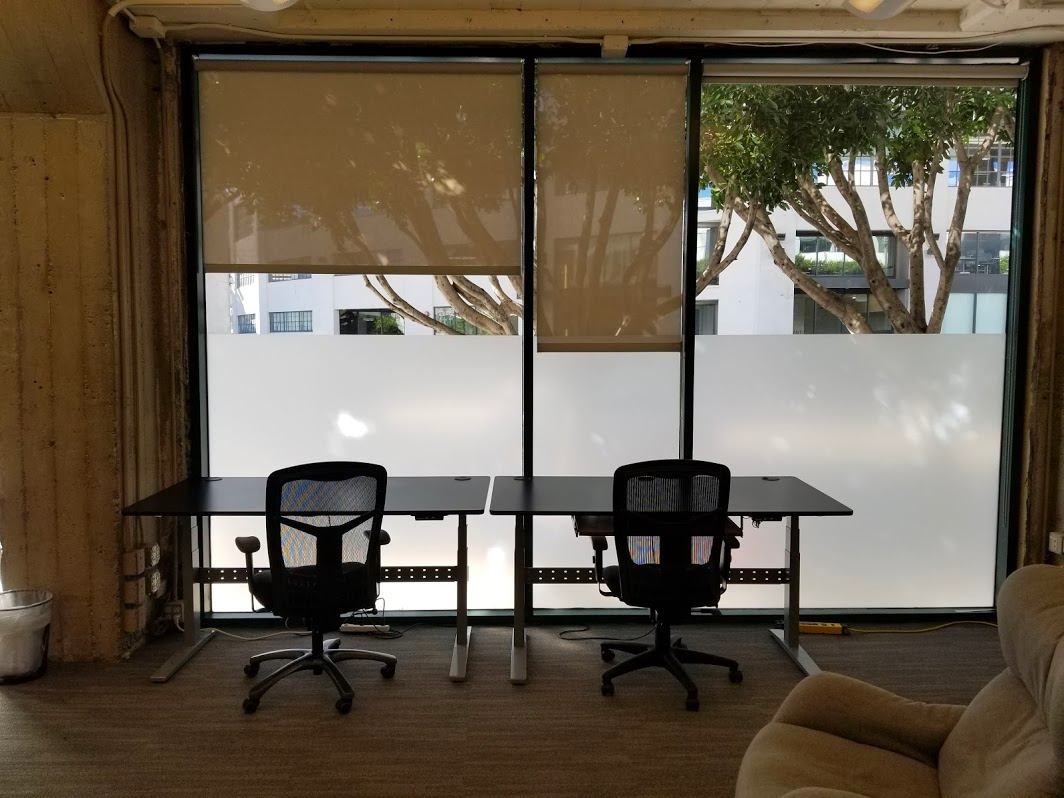 Just as we were overstaying our welcome at that office, I was incredibly lucky to sit next to the wise Siggi Hindrichs at Xoogler Demo Day. She thought Kapwing had legs and handed me her business card before she dipped out early. Later, she invited us to work from her office as “house guests” in the SamsungNEXT program.

On the 16th floor with a view of the Bay Bridge, unlimited Maui Style chips, and epic community happy hours, this office may be the nicest one I ever work out of. 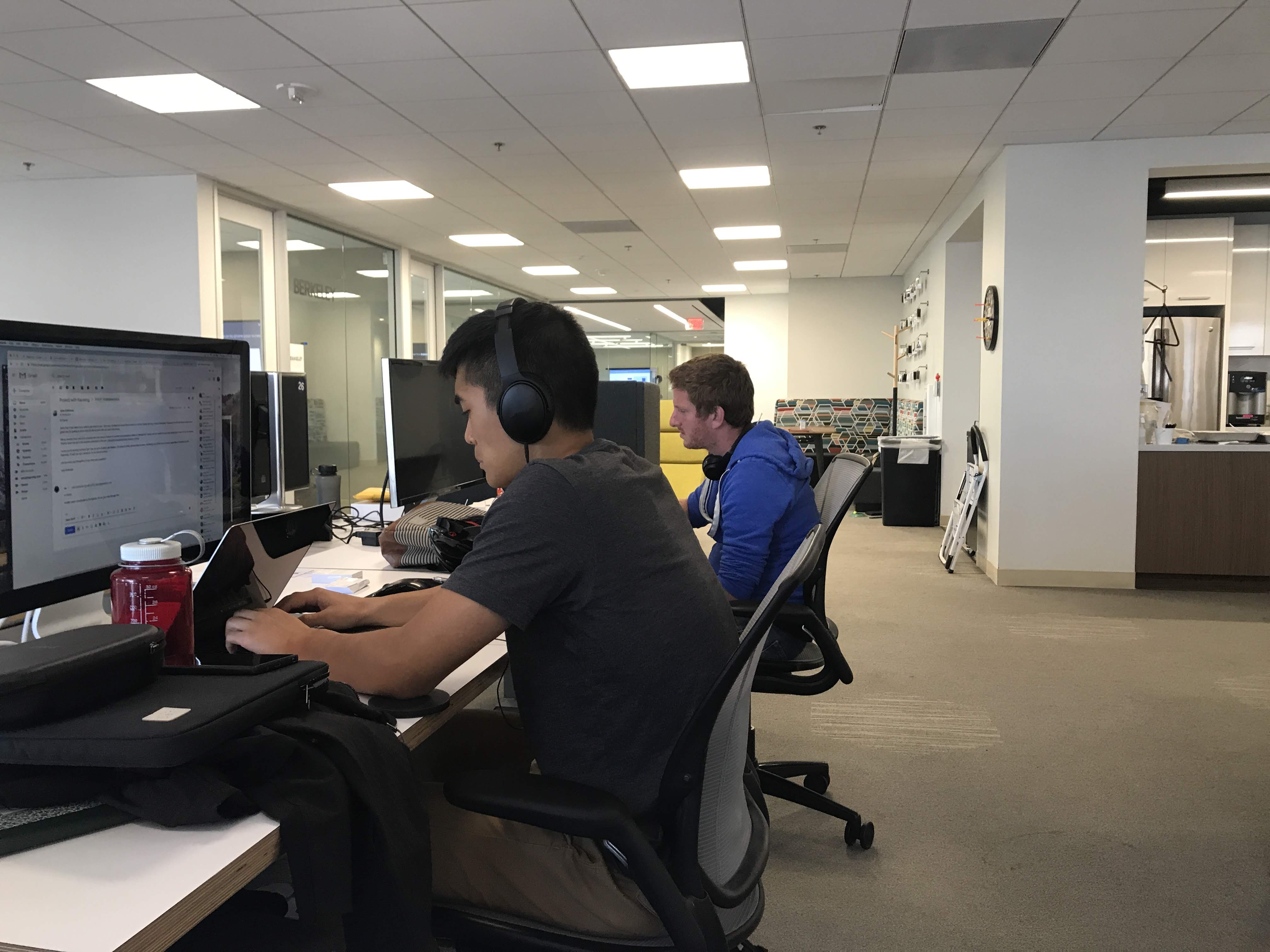 When we finally closed a seed round in the summer, SamsungNEXT nudged us out of the nest. I emailed our new investors asking for help finding space, and Dan at Sinai Ventures chimed in with an office that another portfolio company had recently vacated. The spot, Founders Den, is a hella-affordable amazing coworking space down the street from South Park and the train station. It’s an “invite-only” space with great location and flexibility. 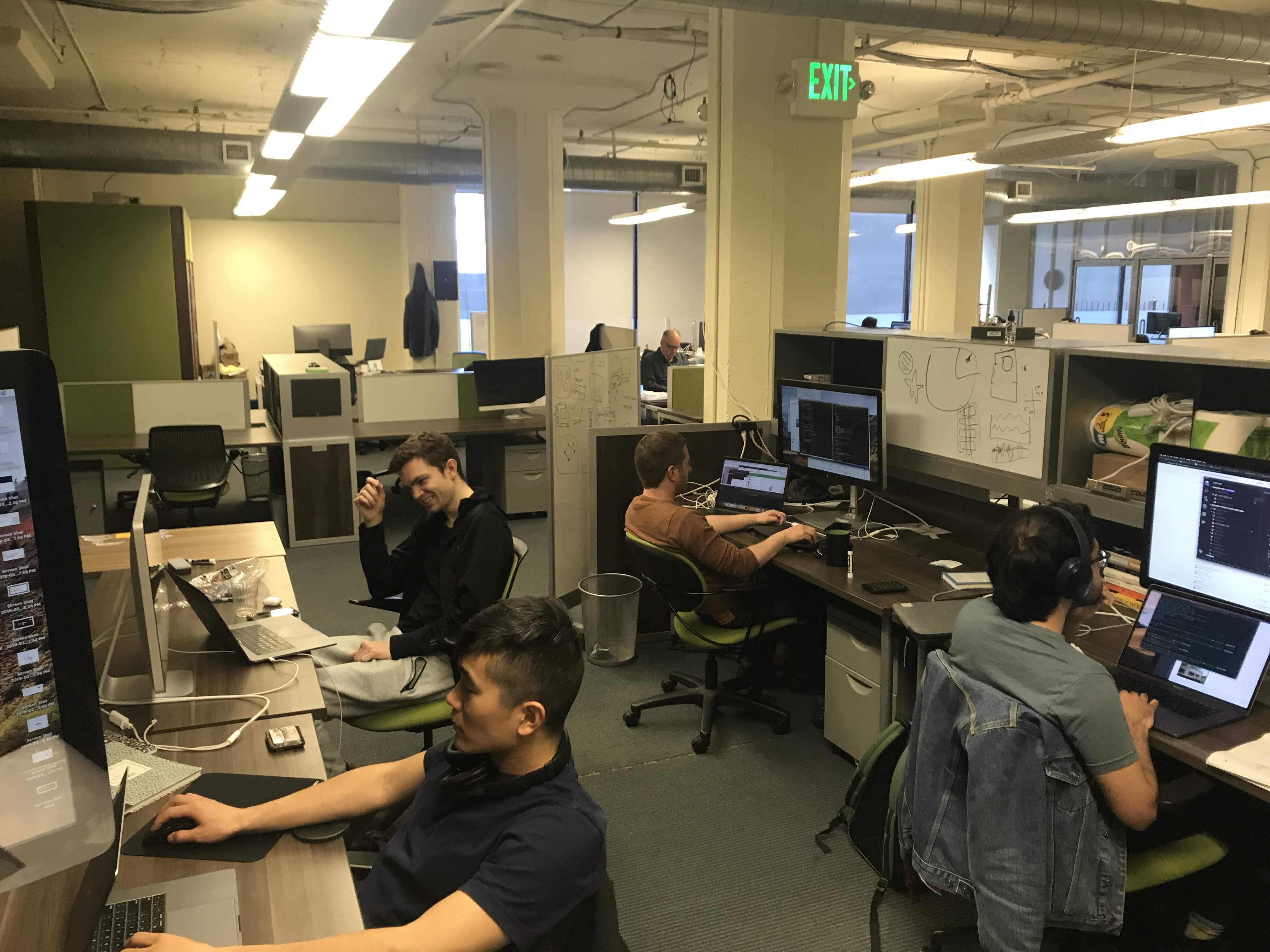 There, we grew the team from 4 to 11 people over nine months. When we left Founders Den this week, we were the largest company in the space. 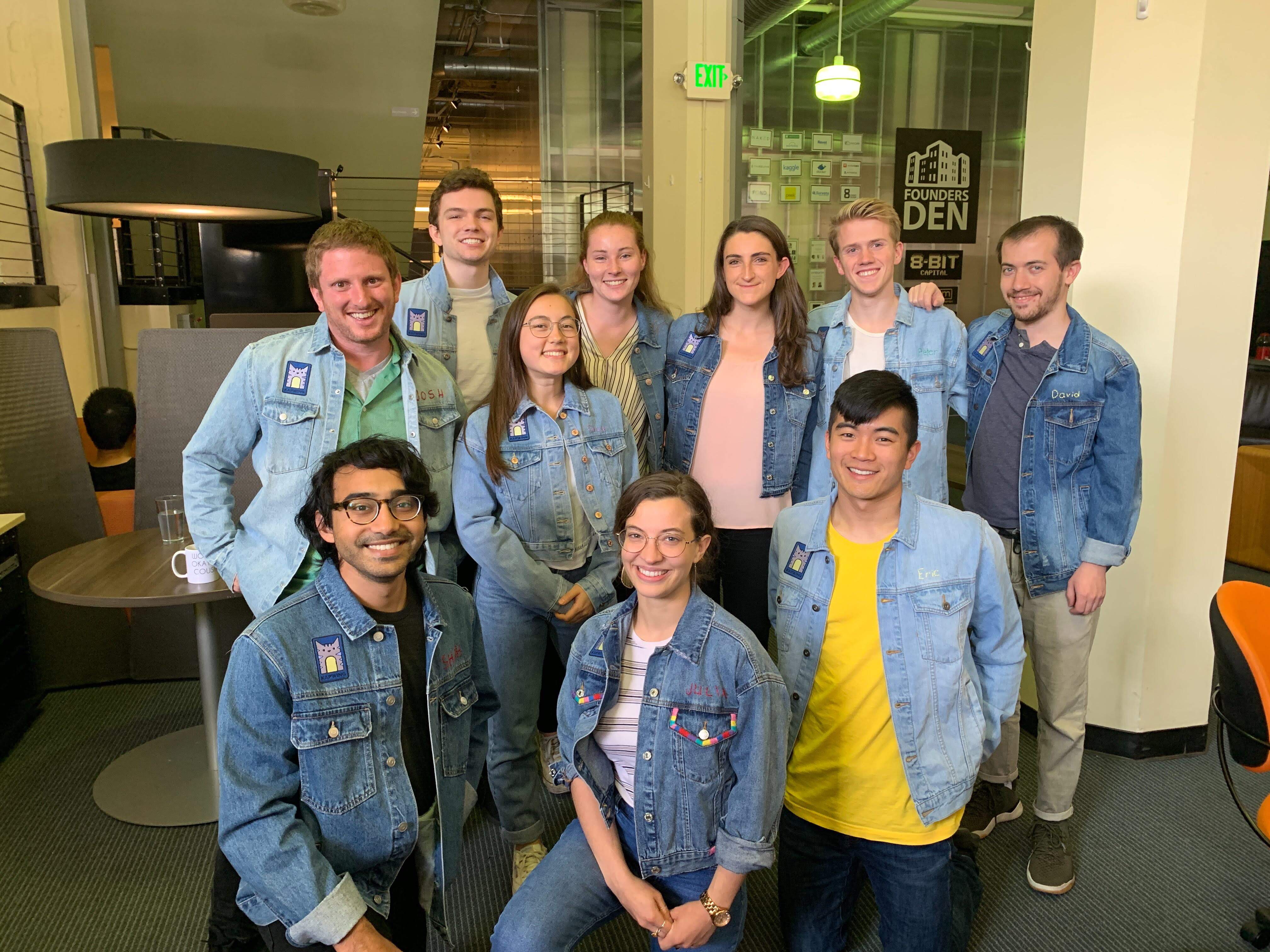 We considered moving out earlier from Founders Den, but it’s easier to commit to a space once you’ve raised a significant round of capital. You’re more credible to landlords and better able to invest in a longer-term space.

Last week, we moved into our own office, a 4500 sq ft space in the boot of Soma, near Bart and the Twitter building. Although we were originally working with a broker, we found this office on Craigslist, and it was much higher value than the places listed in our realtor’s survey. We’ve loved our first few days here. The office is quiet with a ton of space, natural space, and a rooftop. We’re on the top floor with a yoga studio on the first floor; the middle floors are vacant. Although we can only afford to be here because of capital from investors, it feels amazing to have a home we can make our own and will be in for the next two years. 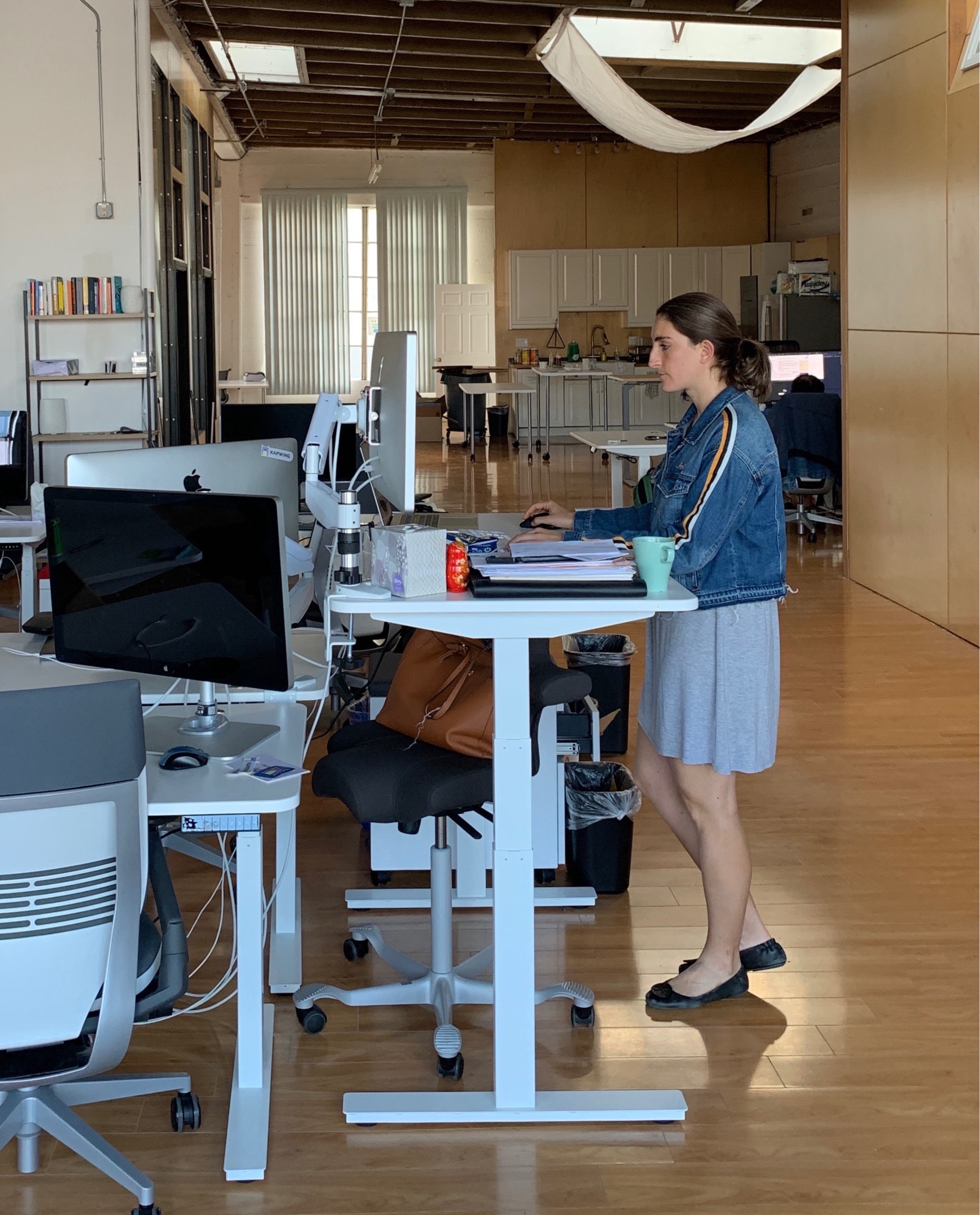 This building is completely unmanaged, and the last startup that was here (Benchling) moved out nearly a year ago, so we furnished the space ourselves, frugally and DIY. We splurged on good office chairs (~$1000 each) and adjustable standing desks for everyone (~$600 each) and got mostly everything else from Craigslist, consignment, and junkyards. Charlotte Russe went bankrupt this year, and we were able to get second-hand office chairs, tables, whiteboards, and bookshelves from their abandoned HQ.

We don’t have an office manager, so Eric and I managed the move in process ourselves. We delegated research tasks to the team and hired a part-time contractor to help us with the heavy lifting and installation. Overall, furnishing the space cost less than $30k. The hardest part was cleaning; the floor was dusty AF. If our business is doing really well in a year, I plan to hire a real interior designer to decorate the space properly. But this will do until we have product market fit.

Our housing journey has been a path of coincidence, privilege, and generosity from the communities around us. At the beginning, we had no cash and depended entirely on friends for favors. Surrounded by other entrepreneurs, amazing office managers, strong wifi and coffee, we made faster, more focused progress on Kapwing than we ever would have from the library or a neighborhood coffee shop. It makes a big difference. 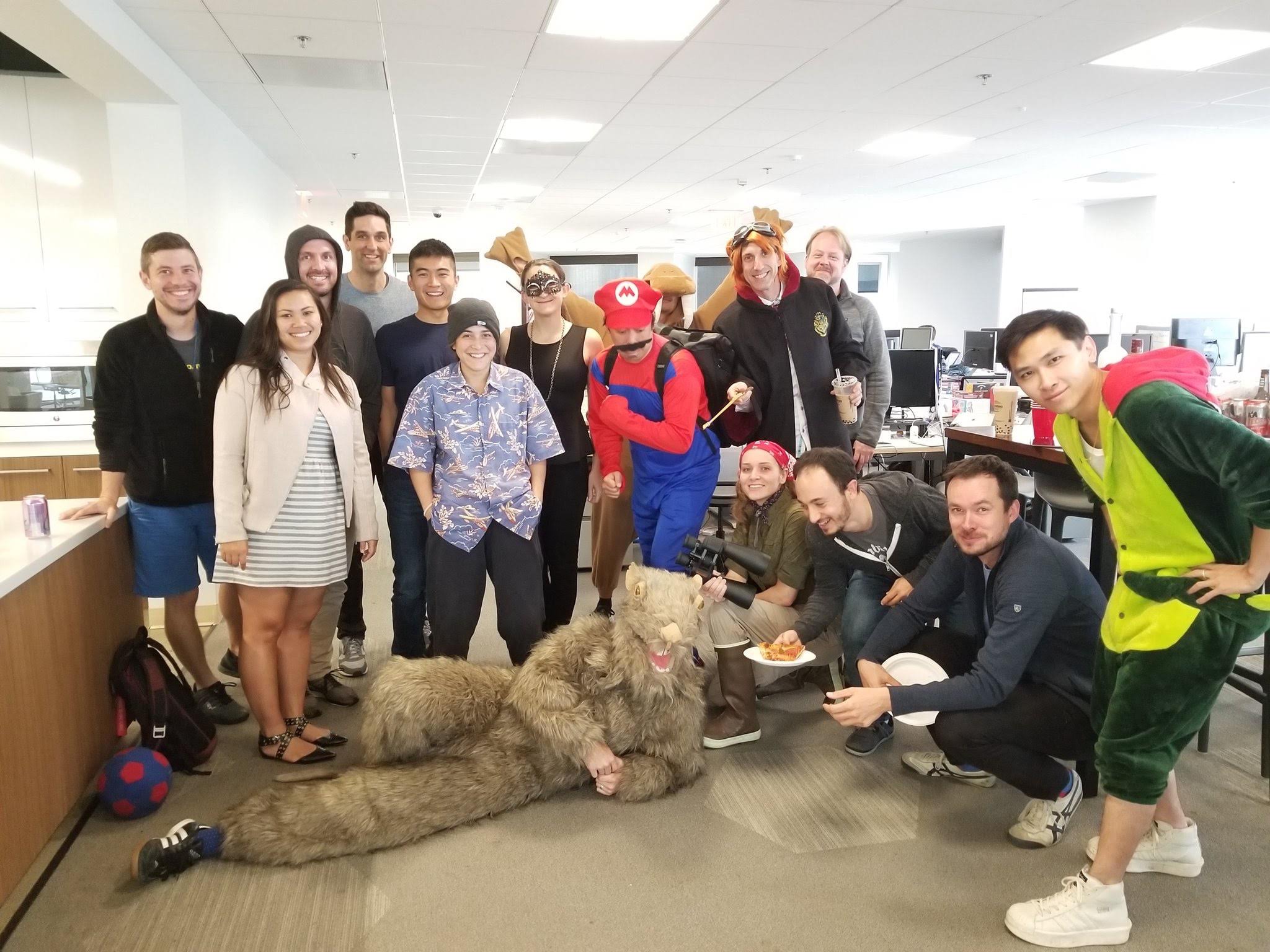 I also recognize that access to good office space is one of the factors that contributes to the self-perpetuating insider effect in Silicon Valley. Investors give spare desk space to their friends that they think have potential, which in turn makes those friends much more likely to make progress and get funding. Although Eric and I benefited from this hospitality in the early days, I’m aware that few entrepreneurs do and that this generosity is distributed unequally.

If you have spare desks in your office, consider lending them out to first-time entrepreneurs. Sponsor a minority founder or a startup working on a problem you care about. Now that we have our own office with extra desks, I hope to pass this hospitality on to other entrepreneurs who are just getting started. Are you looking for space for you and a cofounder? HMU. 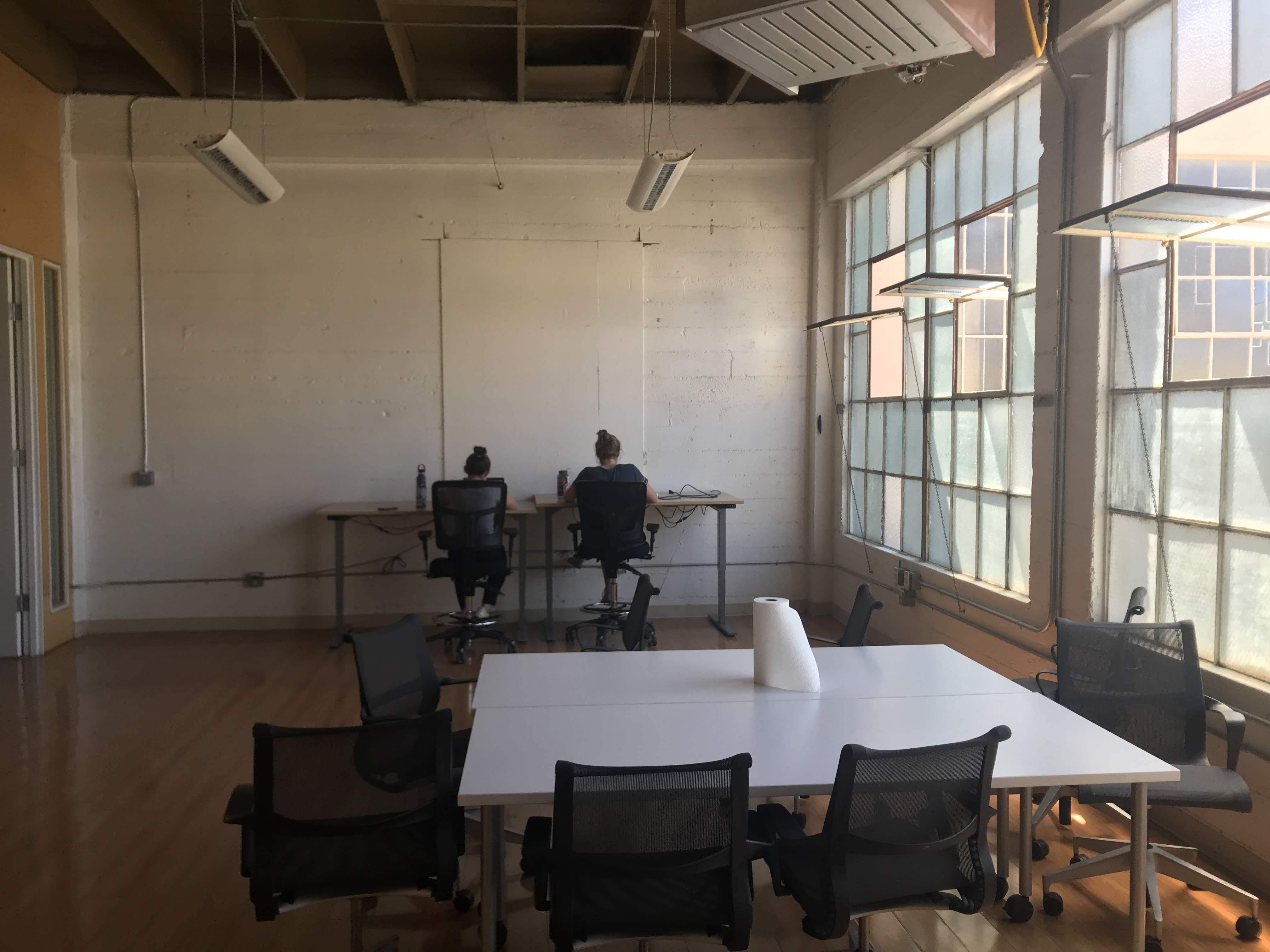 Hi, I’m Derrick. For the last 11 months, I’ve been a software engineering intern at Kapwing. In a couple of days, I’m going back to school to finish my degree, but before I go, I wanted to give you some pro-tips on succeeding as a software engineering
How Brian Nguyen started working as a software engineer at Kapwing, and his path to get there.
Recently, our team at Kapwing [https://www.kapwing.com] moved into a new office space that we've been using sparingly due to the pandemic. As part of setting up the new space, we dealt with a variety of logistics, from setting up desks to figuring out spacing to making sure