Kinga Tanajewska, a Polish adventure motorcycle traveler based in Australia, has a hugely successful blog and social media following. Her Facebook page has over 35k likes, she has over 47k Instagram followers (@OnHerBike), and her blog, On Her Bike, is one of the most popular adventure motorcycle sites out there. Kinga says she owes all of her success to her YouTube channel which now has over 77k subscribers. Some of the videos have gained over 440k views.

As Kinga was preparing for her next leg of the trip in Sinai, we connected for a quick interview. In this article, I’ll share her insights about making popular videos and creating stunning video content from your bike.

She started the channel four years ago as a means to document her motorcycle adventures. Since it has gained traction, Kinga has continued to create travel videos from her bike as she rides around the world. She said that, from both a business and personal perspective, YouTube has been her favorite channel.

“YouTube is hands down the most powerful social media platform out there,” Kinga said, “Facebook and Instagram are great, sure, but there, you post a photo or a story and it stays relevant for a few days, a week at the most, and then it‘s gone. With YouTube, your content is always there and if it‘s evergreen, people will keep watching…As an influencer, I know that a solid YouTube channel is extremely important for companies nowadays”

For her, YouTube has opened up many opportunities. After her first video series – “Tour de Oz” about travels around Australia – she got her first sponsorship offers. Kinga became the BMW ambassador for Australia and has partnered with CamelTank, Forma Boots, Barkbusters, Sena and others.

How did you start making videos and where did you learn editing?

I learned from my ex-husband who was a graphic designer. He helped me a lot in the beginning, and after that, I mostly learned by doing and experimenting.

My videos are quite simple: I don’t go overboard with post-production, so in reality, my videos aren’t professional at all. But I think they’re so popular because they’re authentic, they look like anyone can do this. People relate to my content because it’s not overly complicated, it doesn’t look like I have a whole filming crew following me.

Sometimes, I get comments from videographers, such as: “you should work on your colors” or similar. But, frankly, I don’t want to go there; I want to keep things simple and I think people dig that.

Mostly, I just go with the flow each day. I don’t usually have a plan of what I’m going to film; I simply record tons of footage as I go along. I love doing Instagram stories because usually, I can later incorporate [the Stories] into my videos.

I never forget that, first and foremost, those videos are for me. It’s my diary, my memories. So I always keep that in mind as opposed to just trying to please my audience.

You now have a few impressive sponsorships from BMW Australia and other companies and make up to $700 from your YouTube channel monthly. Was this something you were purposely working towards?

Not at all! I never planned this to turn into sponsorships or earnings; I just did it for fun. But the opportunities came along, and it’s really cool to get all these benefits from my hard work! But it is hard work; it’s not like success just fell on me from the sky. You have to put a lot of effort, time, and energy into your videos.

What equipment and software do you use for your videos?

I have a GoPro5 and a Sena 10c Pro for action shots. I confess, I also use my Google phone a lot! Finally, I have a FujiFilm XT2 camera and a Maveric Air drone.

For video editing, I use free Linux software. I now have a video editing assistant, she uses Apple products for the edits.

Sometimes, I just trim videos on my phone.

There’s a lot of riding and bike footage in your videos. How do you manage footage from your bike?

The most important thing is to have different angles. If you use more than a few seconds of the same riding shot, it’ll probably be boring. There are many ways to have different angles: I often switch the camera from my helmet to the handlebars or panniers, for example, or there’s different camera movement, different scenery… You just need to be very dynamic. Long riding shots where there’s nothing going on are a big no. For some riding shots, I comment as I ride along – the Sena 10c Pro has a built-in microphone, so I can shoot and talk as I ride.

When it comes to pure action shots, you can work with terrain a lot. For example, water crossing shots always look great, so I’ll switch my camera on, ride through water, then turn the camera off – just that water crossing shot is enough. You can do a lot with sand or mud, too, it always looks great, but again: short, 3-4 second shots max!

If you’re riding on pavement, work with scenery, make sure your backdrop is stunning. Remember that while it may be exciting for you because maybe you’re there for the first time, it may not necessarily be interesting for your audience.

Light is very important, too. I don’t even bother filming on cloudy days, because I know that bad weather and darkness just don’t look good on film. It’s better to wait for those twenty minutes of sunshine and do your shots then rather than filming all day when it’s overcast, then realizing you can’t really use any of it.

Another thing to remember is that lots of video footage is a storage killer. I’m already spending so much on cloud storage, so now, I’m very aware of how much I’m filming, and I try to just do a few short recordings each day. I never have my camera on and running, and I only cut what’s important, then delete everything else.

What are some of your favorite techniques to make the videos stand out even more?

I love playing with high speed, it’s so fun! I used to do time lapses but they’re so time and energy consuming, so now, I’ll film myself packing up my tent, for example, for some 7 minutes, and then just put it on high speed. I think it adds a fun element in the video.

I haven’t really experimented with slow speed just yet because you need  really high-quality shots for that. But I think I might try it, especially, again, with different terrain. Slow-motion water crossings should look cool!

As Kinga prepares to ride her bike around Africa, she says she’ll be making videos on the road as she has done for the past four years, albeit with a little help.

“I’m outsourcing some of the video editing simply because it’s so time-consuming,” she said, “I still film everything myself and direct the editing process, but it’s a big help to have someone do the basic cuts, text, and music”, – she explained.

For Kinga, traveling the world on her motorcycle and recording her journey on the way has been an incredibly rewarding experience – and she says that anyone can do it.

“You don’t have to be a professional videographer, you just have to have an interesting story – and hard work. Experiment, see what works for you, see what your audience loves, and just go for it!”. Videos with subtitles get more engagement. I'll show you how to add captions to a Twitter video using a free, online subtitle tool. 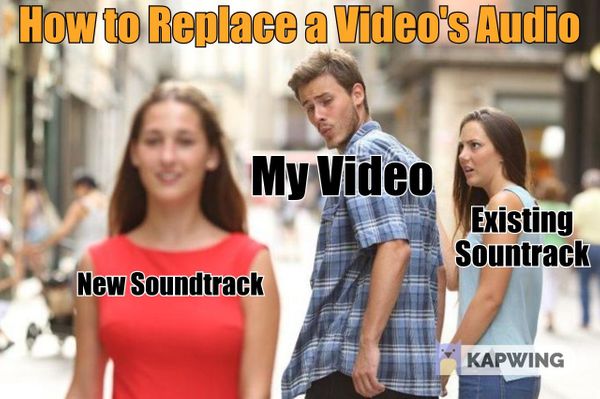 If the background noise of your video is distracting, unnecessary or scratchy, you might want to replace it with a clear voiceover, song, or audio track. Although this task might seem complicated, it’

Kapwing Resources
—
On The Road: How To Make Amazing Travel Videos From Your Bike