For the last decade, it has been a mobile web UX standard that users can long-press on photos and videos to save the media to their local camera roll. On most Android phones today, you can long-press on a photo or video in Chrome and download it from the web. 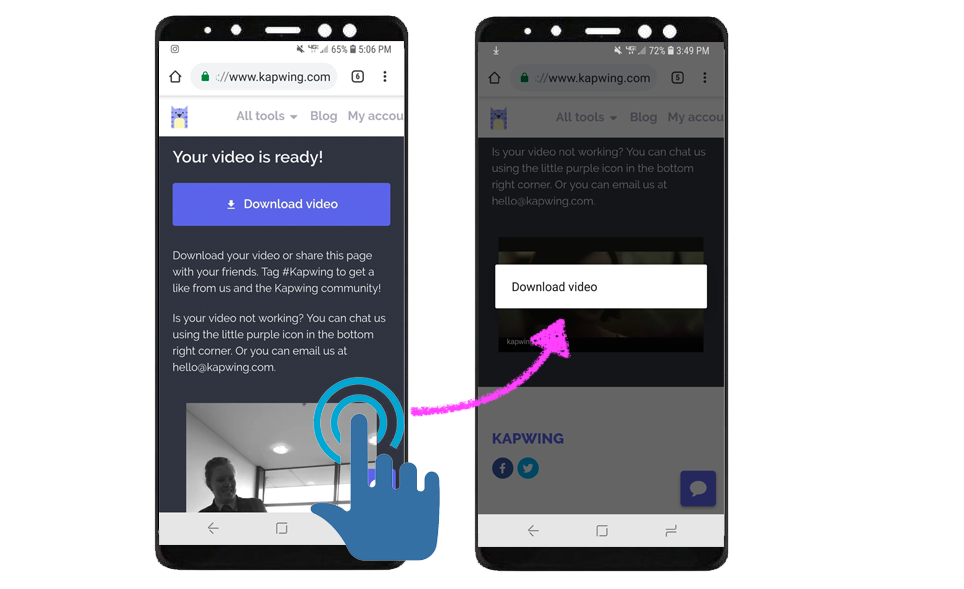 Sometime last year in an iOS 11 update, Apple silently added a change that prevents web developers from enabling video downloads from mobile Safari. Unlike older iOS versions, the action menu that appears when you press a video does not include “Save.” Users can't download videos from the web to their local camera roll. There doesn’t appear to be any documentation about this issue online, and I haven’t gotten helpful answers from Apple support in discussion forums. 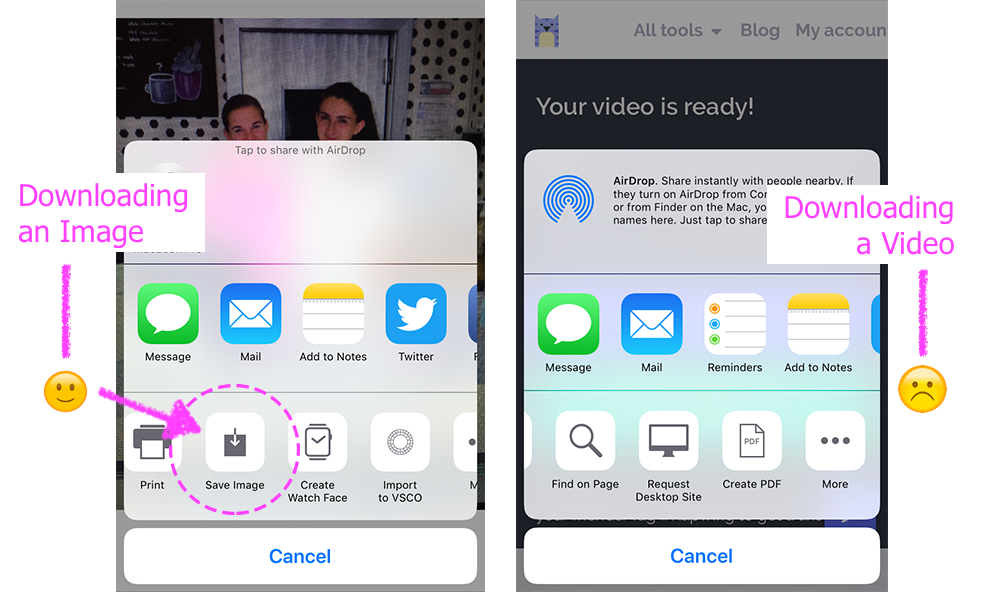 (Try it out with any video or image. Here’s an example video and image)

Impact of a small iOS change

I’m a former Apple employee and now the CEO of a startup called Kapwing. Launched in October of last year, Kapwing is an online video editor; our tools live in the browser. Many of our features are easier-to-use versions of workflows that exist in Final Cut Pro, Clips, and iMovie, so we compete with Apple for users.

Apple’s change to prevent mobile video downloads renders Kapwing and any other web video editor essentially unusable on iOS because user’s can’t download their edited video to publish or share. For example, Kapwing has a video resizer that allows people to change the aspect ratio of their video by adding padding around it. A common use case is changing videos to 1:1 for Instagram. Without being able to download a video from the web, a mobile Kapwing user can’t get their video to share to IG.

For a long time, the inability to download videos from mobile Safari was Kapwing’s #1 user complaint. IOS users were angry when they couldn’t complete the last step after investing creative energy in editing, especially because it was unexpected.

We could move our functionality to an iOS app. But then Apple can reject our app updates for any reason and might be able to claim 30% of our Pro subscription revenue. Also, as a startup, we don’t have enough engineers to build and maintain multiple platforms.

We decided to build a barebones Kapwing iOS app merely to enable video download. The experience is crappy as users have to download an app to get their edited video, but it’s the only workaround we know of. We also added a dynamic message to our website to let mobile safari users know what to do and why: 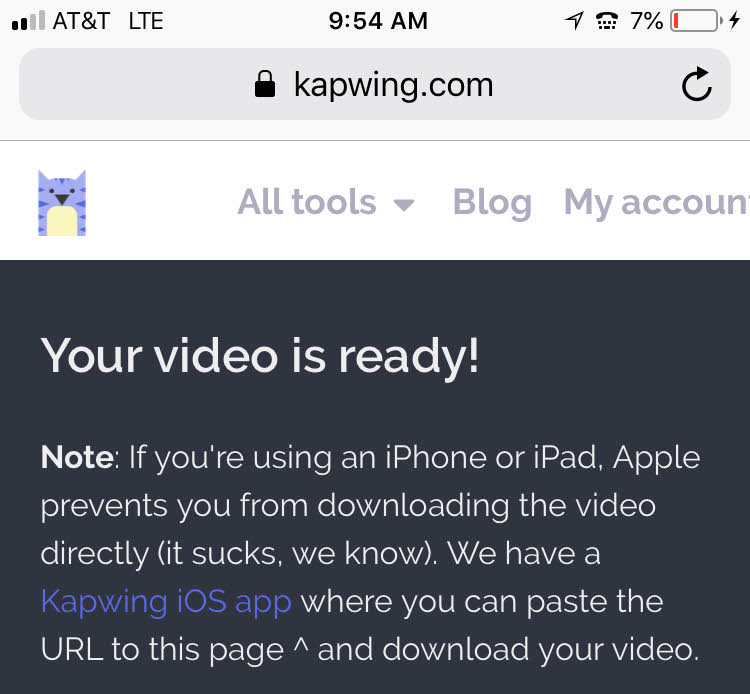 I feel that Apple’s change is anti-competitive given that they’re a market leaders in both video editing software and mobile operating systems. But, of course, it doesn’t matter what a tiny startup thinks when tech behemoths have the final word. This article represents my ask to Apple employees to correct this (I hope) oversight in future iOS updates. Enabling users to download MP4 files from the browser enables a more powerful web and a more fair developer ecosystem.