Two months ago, I tweeted “TIL that cofounder conflict is best resolved over tacos.” A lot of founders appreciated the tweet (IndieHackers RTed), but my investors did not. A few hours later, one of my investors messaged me “Are you and Eric okay?” Then, that Friday, a potential investor told me that I could never show cracks in my cofounder relationship, that it was a very dangerous red flag to investors for a company looking to raise money soon. I’m not sure if the warning was related to the tweet, but they were certainly solemn words.

This article is a confessional to break the mold. Eric (my cofounder and CTO) and I are doing great and have an excellent working relationship. Our startup - an online image and video editor called Kapwing - is thriving, and we’re growing a team and user base together. But we definitely argue. Conflict is a natural and important part of building a healthy company culture with diverse perspectives. Any founder, advisor, or investor who says otherwise probably either hasn’t built a thriving startup or has built one riddled with group-think.

In this article, I want to address the unspeakable: cofounder conflict. It’s not uncommon, and it doesn’t mean that your company is falling apart. If you’re having problems with your cofounder, you should proactively address and fix them, just like you would any other problem with your business, rather hiding from the issue. 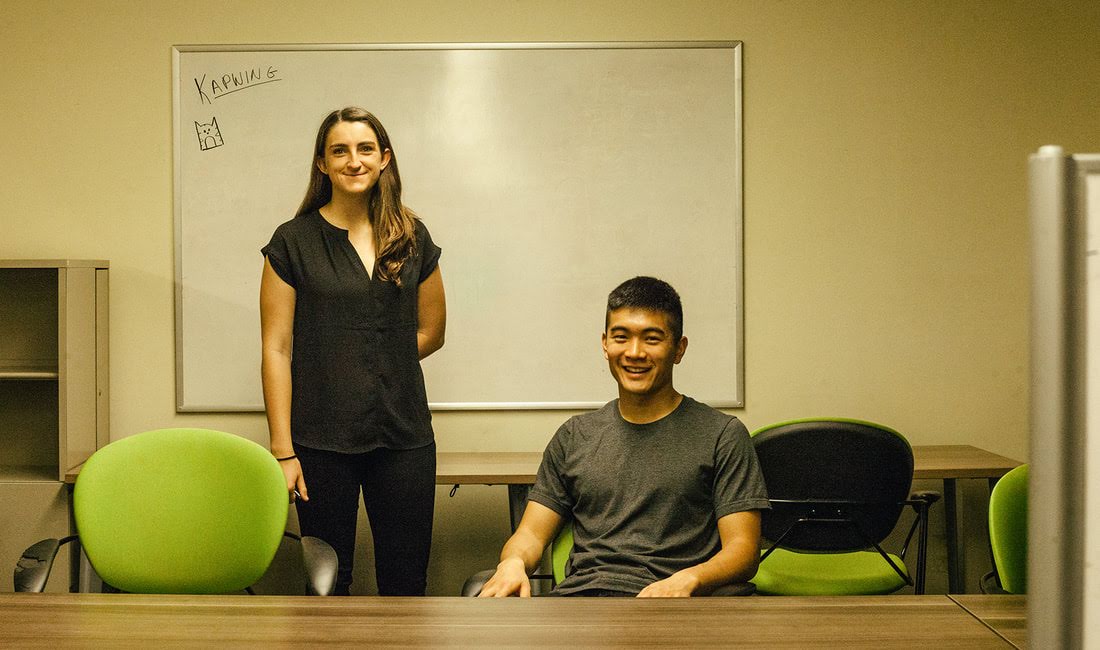 Part 1: Even the Best Confounders Fight

This section is a call on Startup Land to stop masking cofounder conflict and instead bring it out in the open. Cofounder conflict is natural and important, and all successful entrepreneurs fought and resolved conflict with their cofounders in the early days.

Eric and I are pretty similar: we're both young web developers, first-time entrepreneurs, Xoogler APMs, and recent college grads. But our differences add to rather than take away from the team culture. Here are three examples to illustrate the point:

Do Eric and I always get along? Of course not! We spend at least 50 hours a week together, pouring our time and emotional energy into the same product. We’re passionate founders with different perspectives, which is way better than being indifferent or single-minded. We’ve come to appreciate those differences rather than resent them.

Takeaway: Conflict arises out of different personalities, but having multiple perspectives also brings balance to your team. Founders who hire for a single, like-minded persona end up with a company that’s hostile to newcomers and new ideas. Cofounders have to find ways to appreciate and learn from other’s perspectives to build a company that’s bigger than them. Disagreeing is not only perfectly normal; it’s a sign of a healthy work culture.

If you’re a member of the human race, you learn by following others’ examples, pattern matching, and making mistakes. Eric and I have messed up SO many times. We do the wrong things, say things we don’t mean, and make the wrong decisions.

But messing up is part of learning. For founders to grow quickly, they have to have the confidence and audacity to move into roles and responsibilities that they’re completely unqualified for and where they will likely make mistakes. To create a culture of velocity, cofounders must forgive each other’s mistakes quickly, even ones that have big consequences.

Takeaway: Shame, resentment, and insecurity weigh down a relationship. Cofounders - especially first-time founders - have to learn how to communicate and reassure each other to make the startup lighter and more agile. 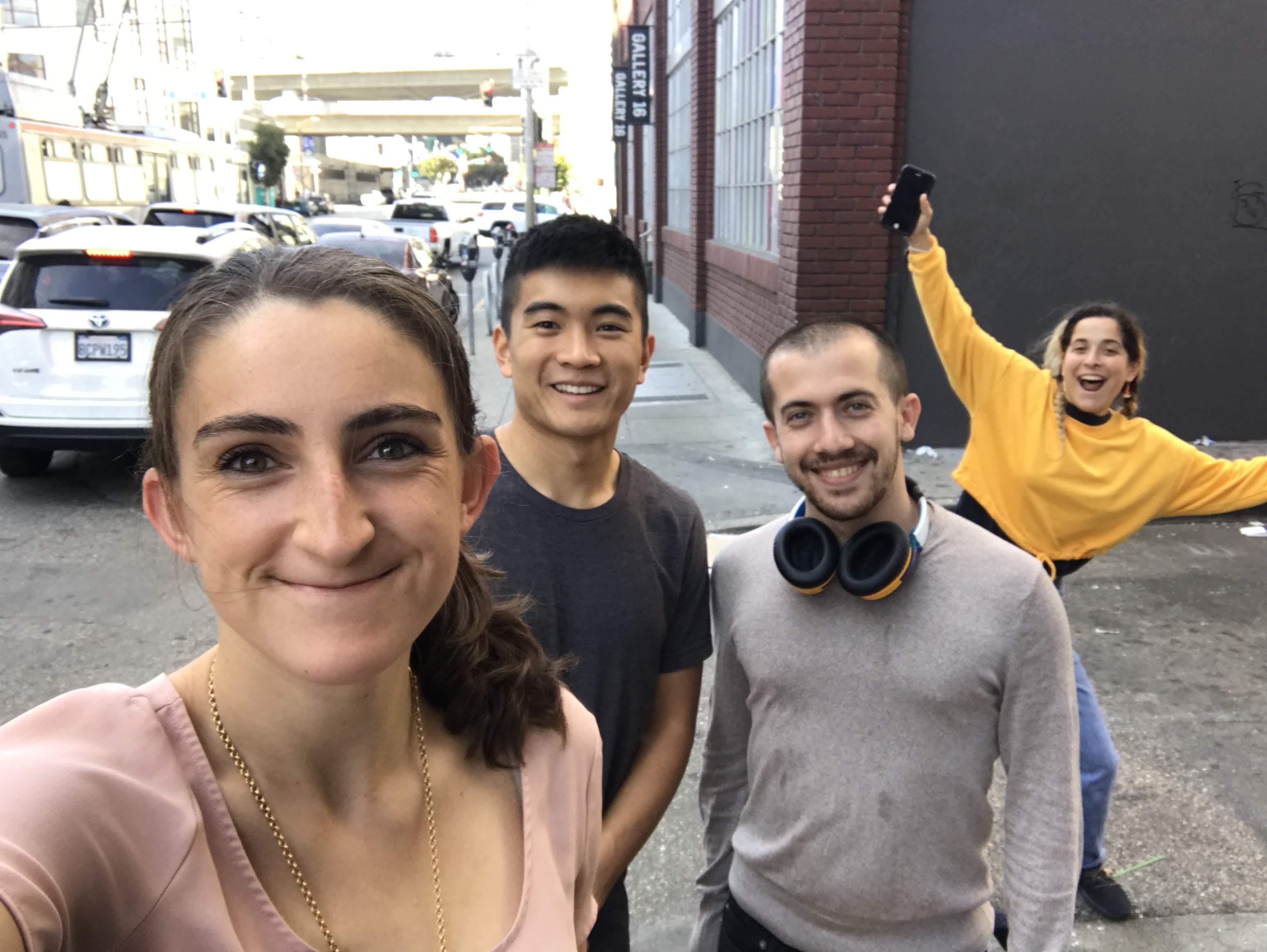 Both of us are first-time managers, but the only way to learn is to do. Thankfully, our teammates are forgiving and patient also.

Cofounders tend to fight when things aren’t going well because they think the company’s problems are interpersonal problems. They blame each other for the shortcomings of the business. In crunch time, every error is more serious.

When things are hard, they’re hard. In "The Hard Thing About Hard Things," Ben Horowitz tells the story of when Marc Andreessen exploded on him and cursed him out when both were tense about a Netscape product launch. But, like Marc and Ben, cofounders that can survive the struggle come out a stronger team and better entrepreneurs.

However, early-stage founders should remember that nothing is so serious when your startup is small. Eric and I shut down our first idea when we couldn’t get traction and started working on Kapwing. Don’t break a cofounder relationship just because your first idea didn’t work. Instead, save the relationship and pivot to a new business. 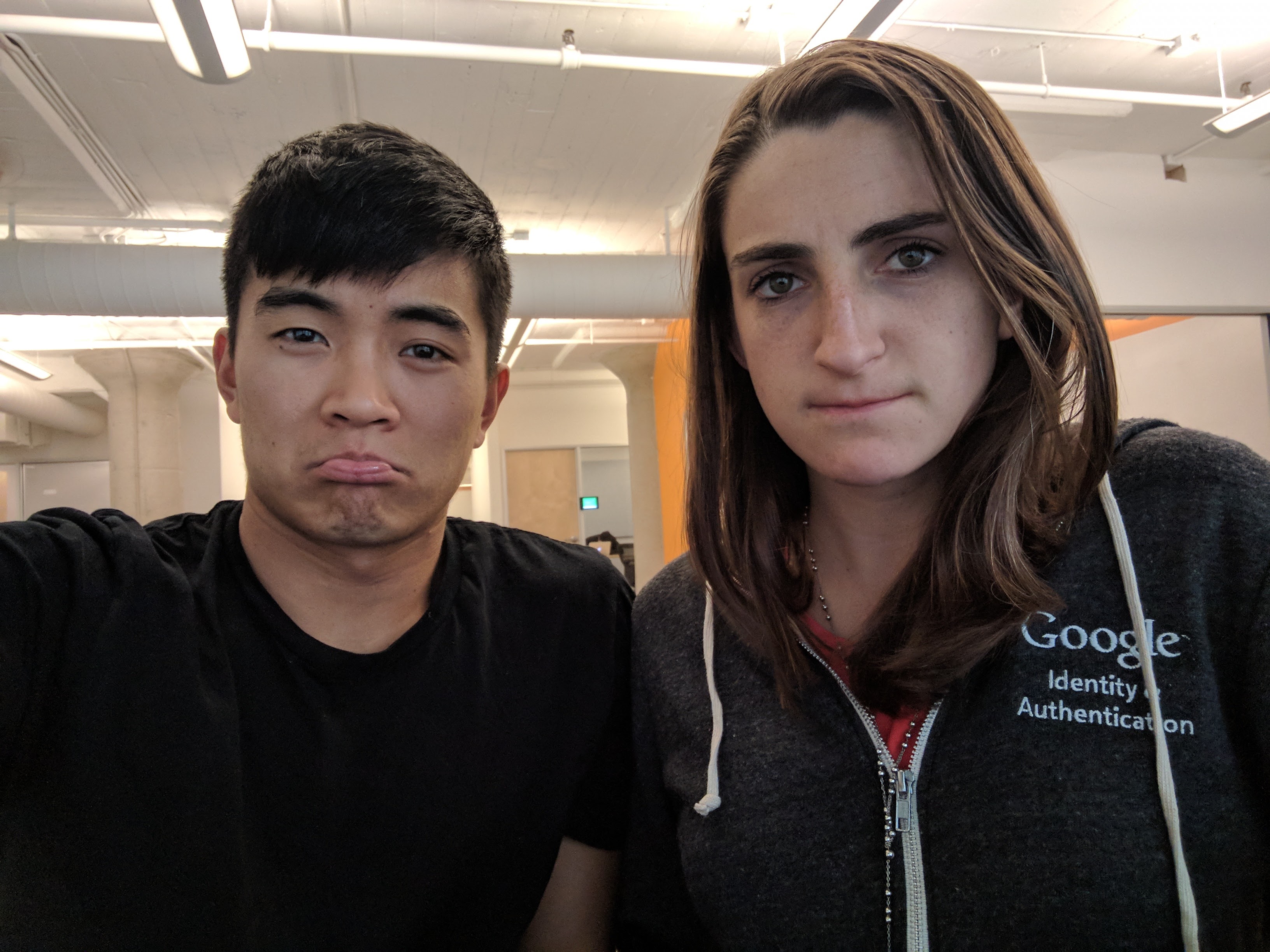 Takeaway: Taking a product from 0 to 1 is hard and unlikely. Don’t blame a person for a bad business idea you mutually worked on.

Rather than “avoiding” conflict, I hope to push the dialogue towards resolving it. How do cofounders address and survive conflict?

Set Expectations About Roles and Ownership

Conflict can arise out of different expectations about roles, ownership, and future at the startup. Roles and equity don’t matter very much in the early days when you’re validating a product, but they start to matter quickly after the business picks up.

Eric and I have known from Day 0 that I would be Kapwing’s CEO. We talked about it explicitly and wrote it down before we started working together. We started with a 50/50 equity split, but when we raised money he approached me about shifting to a 51/49 split to convey to investors how we planned to make decisions long-term. We've taken our roles seriously with regards to investors, employees, and the media.

Does this mean I overrule him all the time? Of course not. But we know that I could if I needed to, and this creates lines of separation between my responsibilities and his. There are so SO many things to do inside of a startup that you can’t be stepping on each other’s toes all the time, and you don’t have time to bicker about trivial things. It adds gravity to our relationship because he knows it’s my job to make sure he’s doing his job.

As aspiring entrepreneurs, Eric and I had studied successful startups extensively and knew that 95% of successful companies have one CEO. We both wanted to grow a successful company, and that means one strong CEO and one strong CTO. Although Eric considered taking on the CEO role in other people he tried to co-found with, it was clear when we started working together that he was more technical than me, that I would make a better CEO and he CTO. 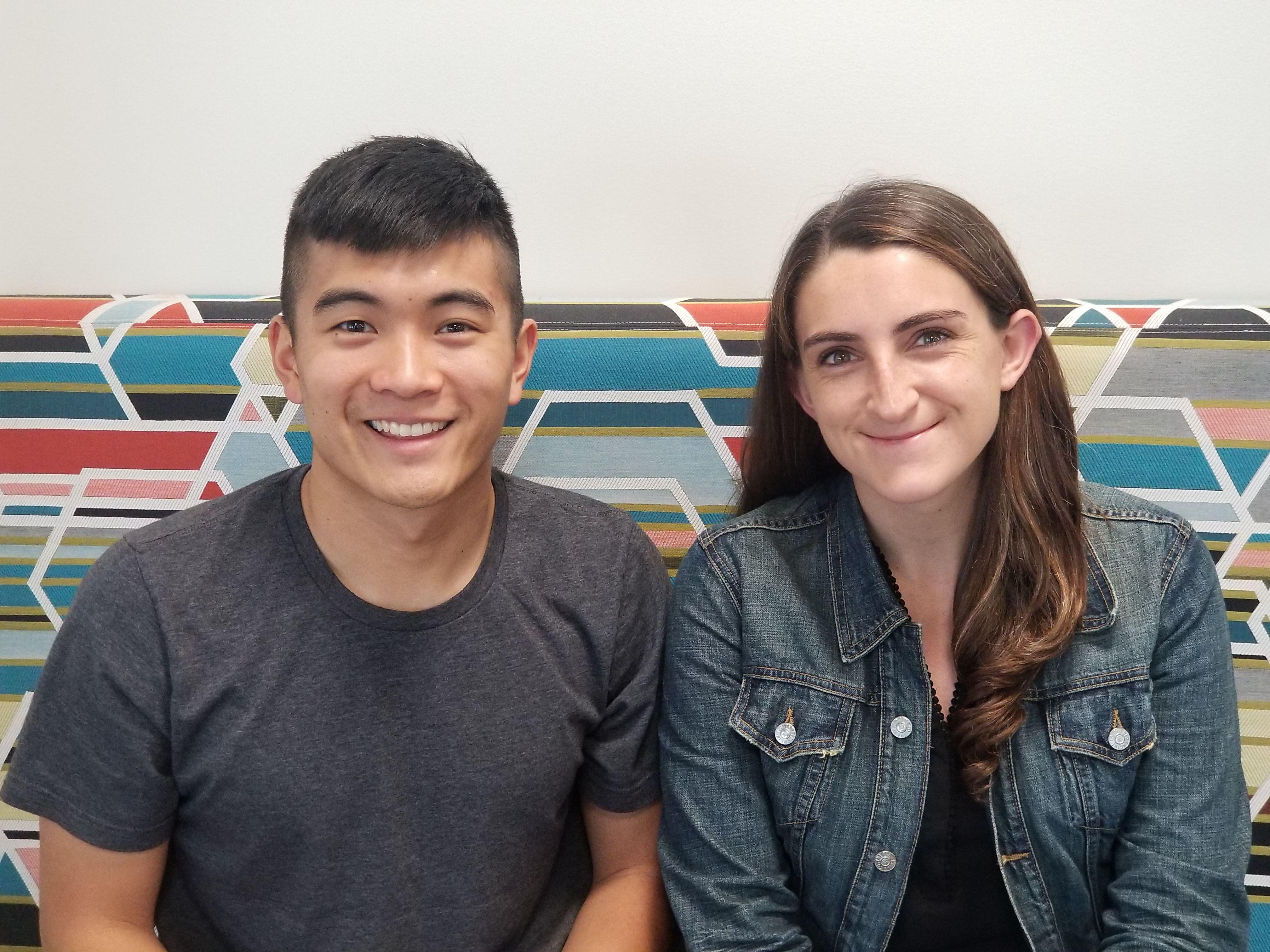 Roles, titles, and equity split were never a point of contention for us because we decided them up front. For the first eight months of Kapwing, when we were bootstrapping, our roles and equity didn’t matter at all. We both did the same things every day: code, write blog posts, design, strategize. But the fact that we had already decided them made it easy to transition to a new stage of the company where our work looks more and more different.

Takeaway: Make sure that you've decided on and are completely comfortable with your cofounder's role and your own. To lead a high-growth company, cofounders must be on the same page about their own job description and how that role evolves over time.

Conflict is Better than No Communication At All

Sometimes it seems that there's enough stigma around cofounder conflict that entrepreneurs avoid hard conversations. But founders must be able to talk to each other about anything. Eric and I don’t “avoid” conflict; we talk about it, confront it, and strategize on how to fix it. We have a low tolerance for disagreement, and we know that ignoring the symptoms doesn’t fix the underlying issue. 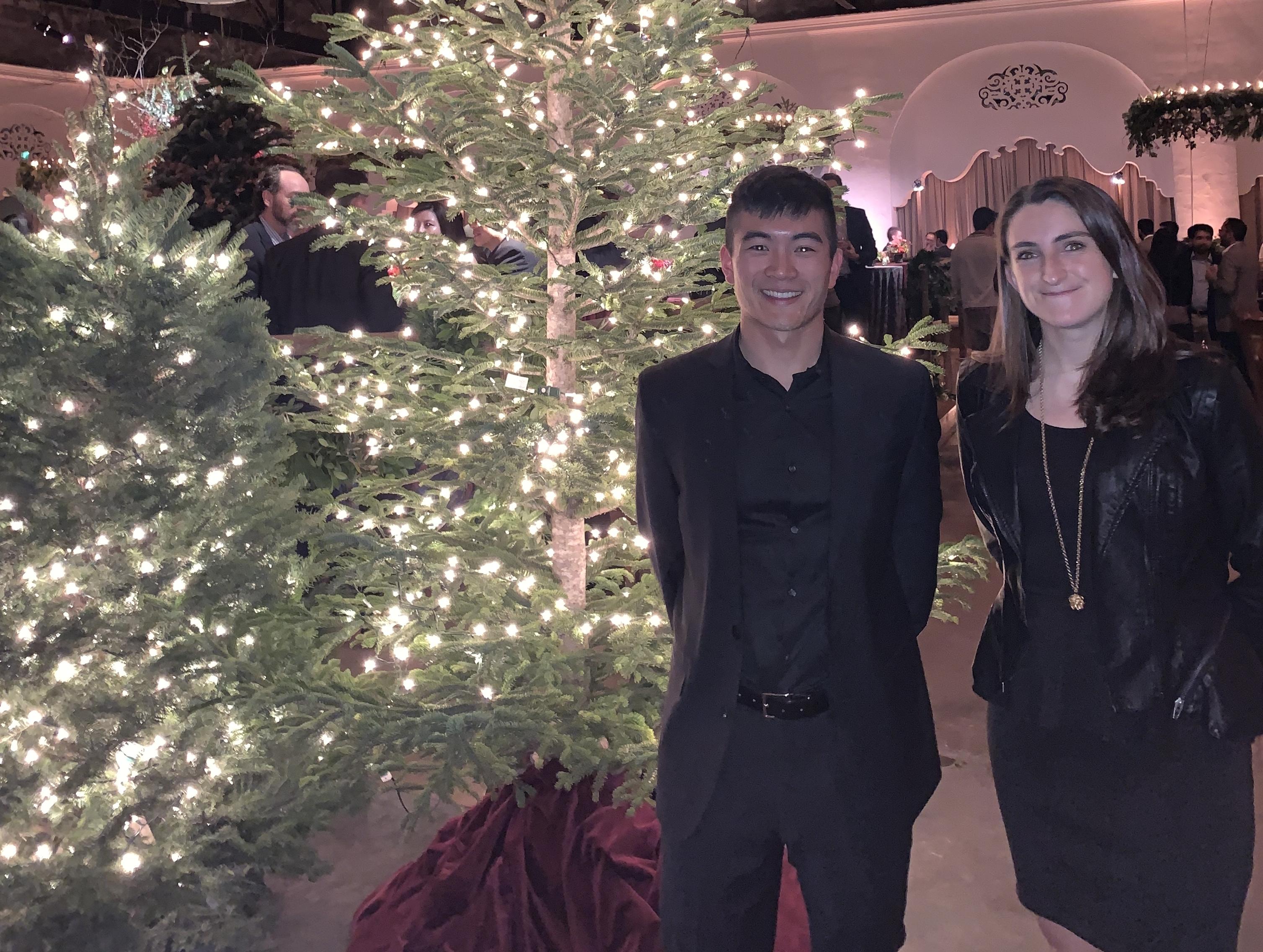 When you’re angry with your cofounder(s), that’s exactly when you need to lean in, not lean out. When you disagree, figure out a path forward. If you can’t reach agreement, you have to commit to a compromise.

Takeaway: Conflict is way better than apathy. Your business is important, and you have different information than your business partner, so arguments can be better than no discussion at all.

What is “Trust” Anyway?

Everyone says “Find a cofounder you trust.” But what even is trust?

Takeaway: It’s rare to find someone you trust enough to start a company with them. If you find them, hold on.

Part 3: Can You Do It By Yourself?

If you want to start a company by yourself, you should. You’ll make all the decisions. You’ll build exactly the product you want to. You’ll never waste time on cofounder conflict or have the risk of a fatal interpersonal dispute.

Eric left Google to start a business on his own. Stubborn and overconfident, Eric made a bet with his friend that he would have a business making $1M before he was 26. For six months, he worked on his own, coding every day and hustling to try to get a project off the ground. Five failed projects later, he turned 25 and realized he needed a cofounder to stay motivated and build a great company. I was looking for new roles, and Eric pitched that I leave Google to work with him on a startup idea. I would have never had the confidence to start a company on my own, but, with Eric as a co-founder, I decided to give it a shot. 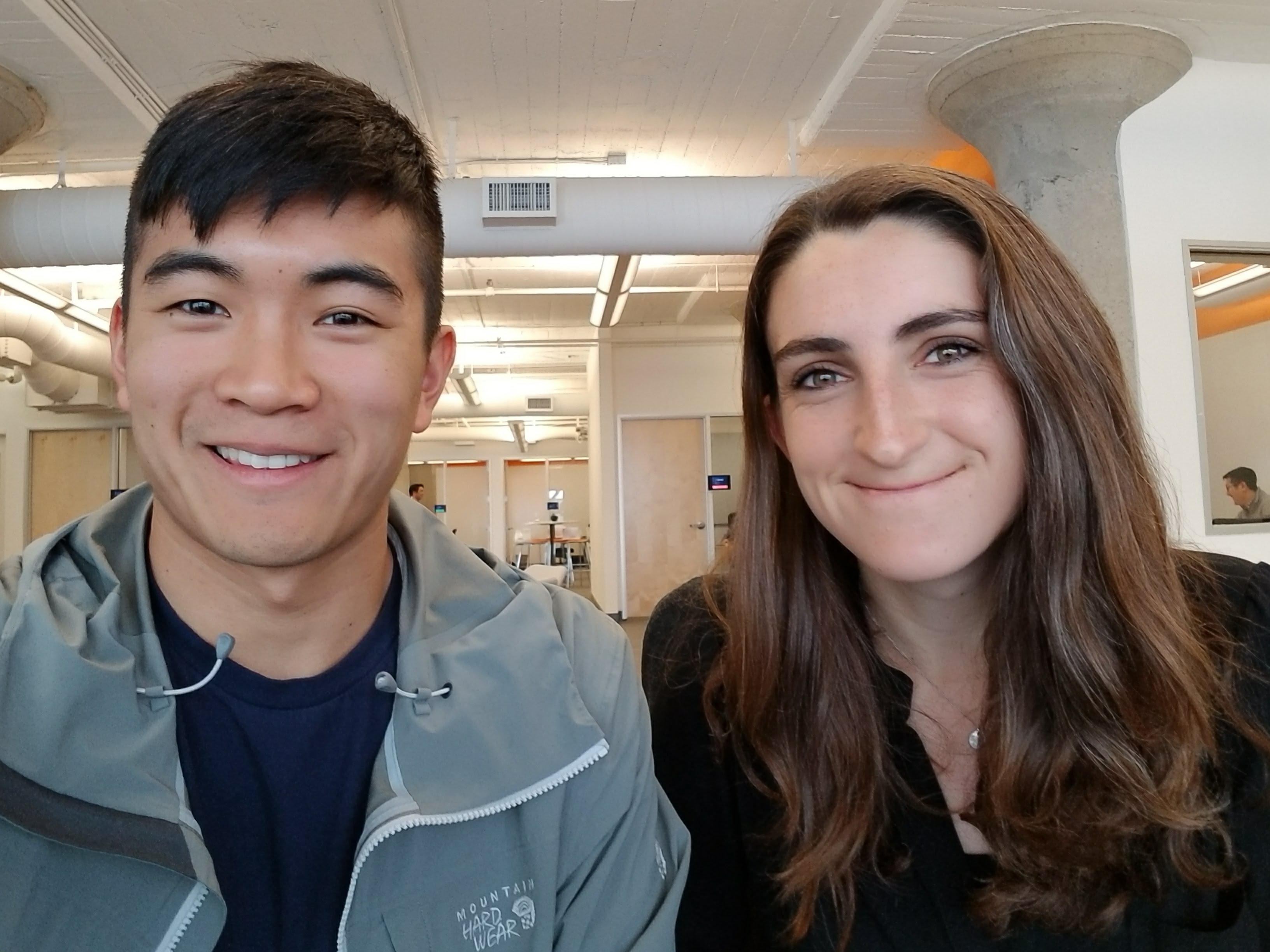 Now, we’re building a great company. But we also disagree. Both of us have to compromise on product and business decisions. He makes mistakes that piss me off, and I do things that annoy him. But we’re also living our dreams. Eric lost the bet, but his friend didn’t take him up on a double-or-nothing extension to age 28. 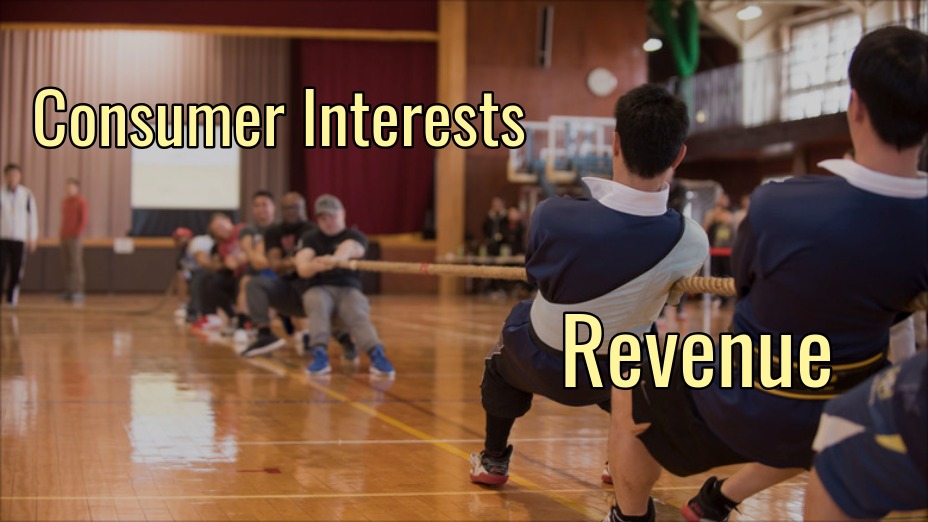 In the world of subscription payments, service providers face ethical dilemmas on how to charge customers and set policies for their business. A large company might have the financial freedom to take the 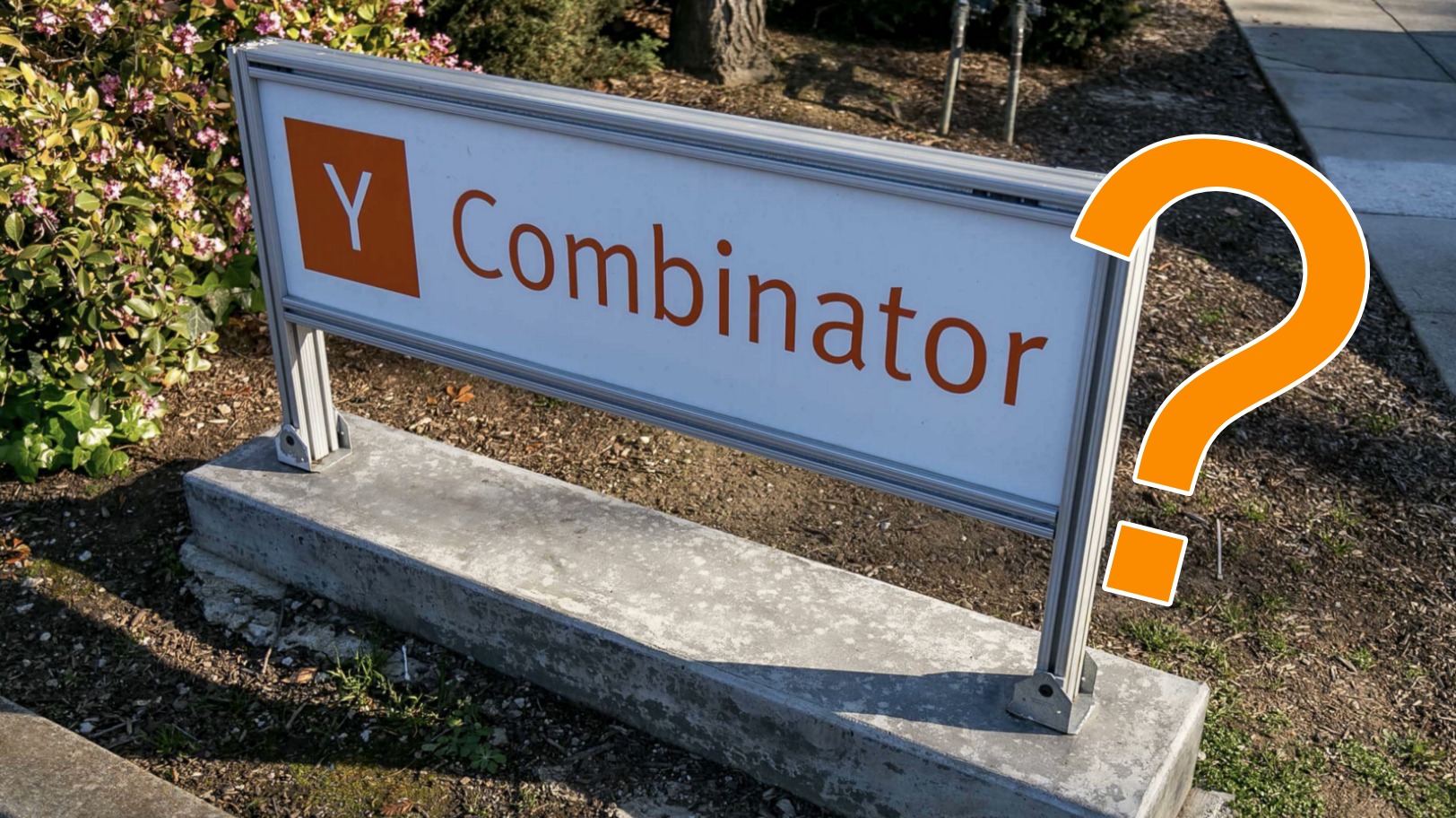 Right now, YCombinator - the famous Silicon Valley startup accelerator and incubator of Dropbox, Airbnb, Stripe, and many other tech giants - is interviewing for its Summer 2019 class. Hundreds of founders are