“Get on the ground dirtbag,” Daniel Smalls shouted at himself. The mechanical engineer from St. Louis, Missouri slumped to the floor of his apartment with a frightened look painted across his face and his phone held firmly in his right hand recording everything. He was doing great. Without missing a beat, the front door to his apartment swung open revealing a maintenance man from the building. The repair he scheduled for today. He had forgotten all about it. A different kind of horror flashed across Daniel’s face as the two locked eyes and he lowered his phone, his TikTok video and pride both gone.

Known to his followers as Señor Pequeños, Daniel posts frequent comedy bits on the short-form video apps Byte and TikTok where he's amassed large followings in little time. An OG Byte creator who was on the first ever beta, he is now a member of the Byte Partner Program and grew his TikTok account to 70,000 followers within five months of being on the app. On top of all that, Daniel works full time and is an incoming graduate student.

I had the chance to talk with Daniel about his content creation journey, the importance of community, and how he balances being a Byter/TikToker, student, and full-time employee.‌

How did you get into creating videos?

In high school and middle school, anytime they gave us a project where we could make a video, I did that. I got a Vine in college but then eight months later it died. Vine was really easy because it wouldn’t take much time to edit and they had a lot of editing tools in the app. So when the creator of Vine and now Byte tweeted initially that he was working on a follow-up, I saw it in the news and I was like, all right, gonna follow them and turn post notifications on and just keep on top of it.

I got lucky enough to be invited on the beta for Byte. It had only a hundred people a year and a half or two years ago. When I started Byte, I still was coming off the way I made my Vines, which were not good at all. But I told myself I'd make a video every day for as long as I could. I've left all my old videos up on Byte, just so others can see the progression through the shittiness into stuff that's a lot better in terms of how it's made. Hopefully that encourages somebody to be like, “well, I can do that if he can do that.”

Where do you get inspiration for your videos?

It's usually by looking around. Very rarely do ideas pop into my head out of nowhere. After work, either while I'm doing a workout or taking a walk, I'll just try to look around and see objects and try to make something stupid to go with it. A lot of my videos have props in them because I was looking at something and was like, ‘how can I put that in a video?’ I made a popsicle bridge for one of my class projects as a freshman in college and for some reason I kept it. I was like, I gotta put that in a video, and it turned out to be my second biggest TikTok.

"I’m motivated by trying to be a more positive influence out there. I think that's what a lot of people need right now at a time that's so divisive."

Are you making the same kinds of videos as when you started? I know you said your Vines were not great.

Vine was a good learning experience but my videos were so bad. Byte was my first step into making short videos again. They were just kind of back and forth things with no editing, then as time went on, I started using a better camera and more editing. I used to do all my stuff in-app, but I haven't done anything in-app for a year, now I only do outside editing. It’s all comedy, and I’ll do one voice impressions video every week.

When and why did you decide to join TikTok?

I started TikTok in April of this year, so it's only been a few months. That was when Byte was struggling a little bit. There's no other app I know of where your first video can get a million views. I started posting every day there and it's been going really well and the community has been super good. I haven't really gotten any hate.

What’s your creation process like? Do you film a bunch of videos in one go and edit later?

That's the smart way to do it. To do a bunch on the weekend and take some breaks, but I’ve only filmed more than one idea at once a couple of times. It's like, if I don't have a gun to my head, I’m not going to make something the best that I can. When I'm done with work I've got the rest of the night to think of something before tomorrow. Giving myself a bit of a deadline there helps me come up with something good. So I film and edit something every night.

Yeah, I just got accepted into grad school which starts at the beginning of September. I would not be able to do this in college I don't think, but graduate school's a little different and I'm trying to get my priorities more in line with that stuff. This weekend I’m gonna sit down for a bit and plot out my schedule and how to fit everything in. It's going to mean giving up more time talking to people on the apps until the weekend probably.

I'm still planning to post every day. I start work around 7:30am, so I work for a while and then I take a break to eat at around 10 central time, post everything while I eat, then go back to work.

What motivates you to maintain a platform on these apps ?

I think I was motivated initially by the community of Byte itself. I know everybody on the app right now, which is pretty crazy. I’ve never had much community in my life, so it’s cool to feel like I have that in Byte.

There are so many celebrities nowadays who are famous for being toxic or they do toxic things and get away with it because they're famous. I saw the Byte community and thought for once in our lives we could start having celebrities that are known for being positive or for supporting good things. I’m motivated by trying to be a more positive influence out there. I think that's what a lot of people need right now at a time that's so divisive.

How do you build community on these apps?

If you really want to get in with the community, you just have to spend a little bit of time every few days and go to the top popular pages to like and comment on a couple videos in each category. The comments are how you get connected with people since they start seeing the same name pop up. My schtick is that I reply to every comment I get, at least on Byte. I've met everybody that I know just from commenting on other peoples’ videos. I'm not used to others replying to my comments, so it was cool in the beginning to have people do that. And then I was like, well, I'm gonna do that.

"With Byte and Reels, at least so far, I think, people feel like they can be more true to themselves and more self-expressive about Black Lives Matter or LGBTQ+ and other topics."

What was it like being paid by Byte to create content as part of their Partner Program?

It was really cool. I never expected to get paid. I was striving for something like that, some kind of badge or level point to show that you’ve been here for awhile and have been putting in the work, but it was a surprise to me that they were going to pay people. Again, I've been really, really blessed with a good job. So for me, it’s extra money that I'm putting towards other things for my family. But a lot of people were able to live off of that money for those four months during Covid who wouldn't have been able to get a job otherwise. So many companies weren't paying people during that time so it's crazy that a startup app was paying people to make content.

How do you feel about all these video platforms now that the future of TikTok is uncertain?

It's such a crazy time, right? I think it's good to have that competition though. One thing I've noticed is that while TikTok is a great place for some people, others find that their stuff is often shadow banned. My account is not that big, but I've noticed that anything I post on Black Lives Matter – and maybe it's just coincidence – it just didn't do as well. With Byte and Reels, at least so far, I think, people feel like they can be more true to themselves and more self-expressive about Black Lives Matter or LGBTQ+ and other topics.

newsflash it doesn't & neither does 'all lives,' you're missing the point ##comedy ##fy ##fyp ##foryou ##foryoupage

What’s next for you?

I've always wanted to have either a YouTube channel or a podcast because talking to people and having conversations is what I like the most. A big motivation for me with this kind of stuff is a study that looked at retirement ages in America. They found that on average, when people retired at 55, they lived to be 85. And when people retired at age 65, on average, they died at 68. To me, that shows there was no point in putting in that extra work, and to accomplish what? You're just going to die sooner. My parents are older and my youngest sibling is around 15 years old. Not to get too deep and depressing, but it's like, you want your parents to be around to see her get married. I want my dad to walk her down the aisle. So a goal of mine is to put my brother and sister through school so that my dad can retire because I think he’ll live longer. That's what keeps me going.

Check out Señor Pequeños on Byte, TikTok, Twitter, and elsewhere. 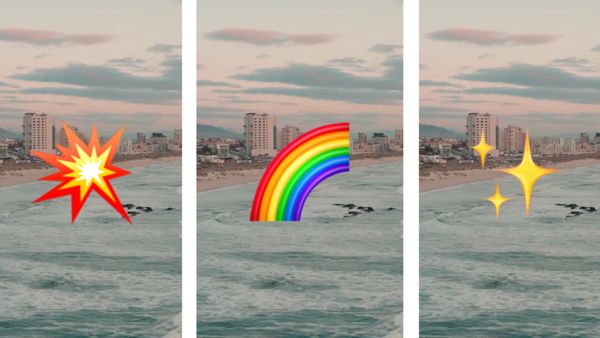 Keeping people interested in your videos can be a challenge, but adding an animation to your video is a simple way to remedy that. A free, online tool you can use to add animations to videos is Kapwing Studio, which offers 7 video animation options.

If you don't have any experience with animation, it's tough to know where to start. In this article, I go over the top 3 free options for beginners to make their first animated videos and GIFs.