I’m the CEO of a seed-stage startup called Kapwing, an online video editing platform. As 24-year-olds and first-time entrepreneurs, my co-founder and I started Kapwing last September in a casual, scrappy way: no health insurance, salaries, office, lawyer, or formal incorporation, just a Stripe account and two technical founders. We continued indie-hacking until June, when we raised a seed round and started formalizing the business. 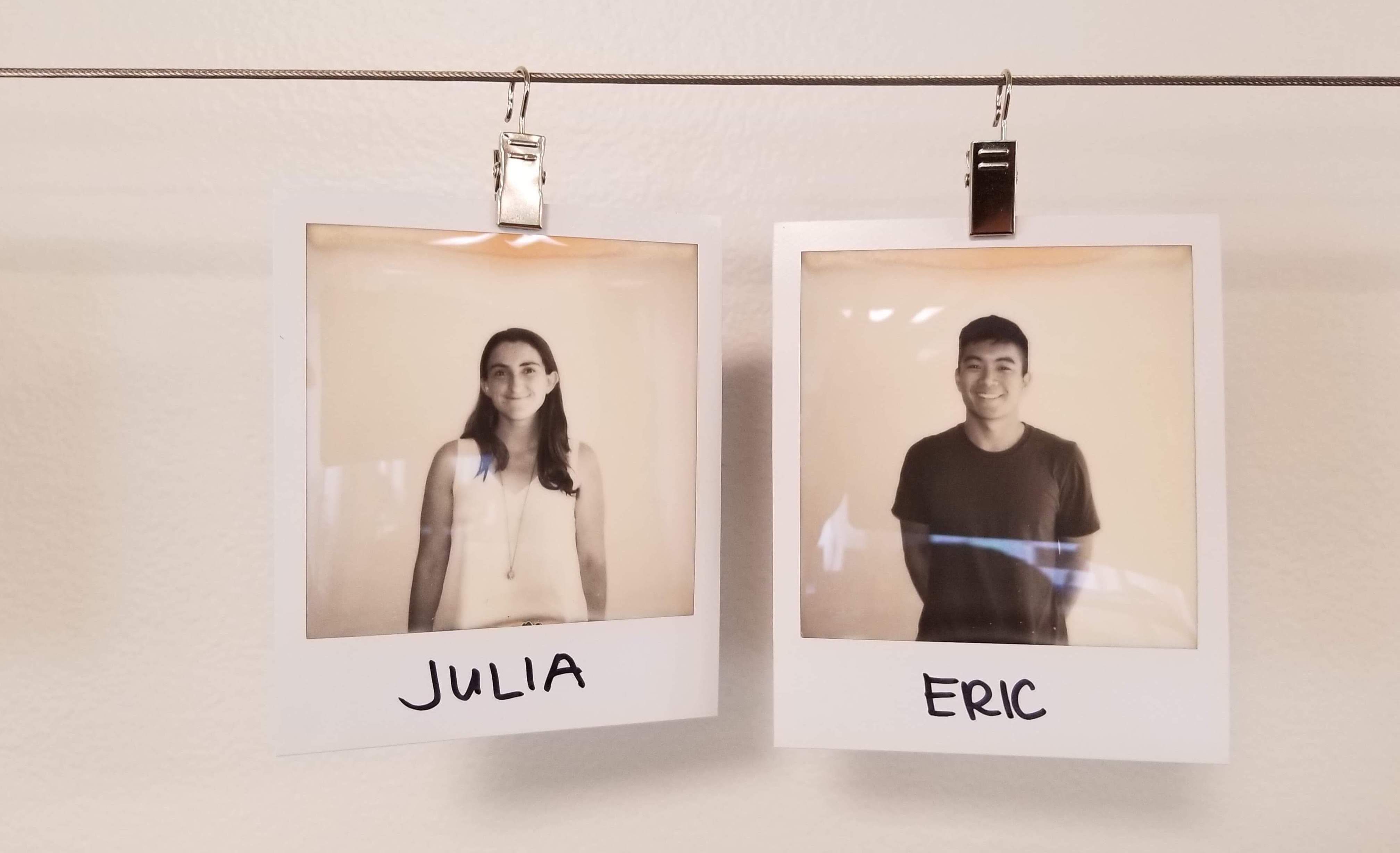 Now that we’re hiring, I’ve spent considerable time researching and defining compensation packages, but otherwise I’ve spent no time formalizing Kapwing’s perks. Since benefits are not on the critical path to growth, I’ve been deferring decisions as long as possible.

But, two weeks ago, a senior engineering candidate asked me about our paternity leave, and suddenly establishing a paternity policy was on the critical path to attracting top talent. I wanted to share my research and decision process here for other CEOs wondering about paternity leave.

To design a reasonable paternity leave, I asked my friends who have founded startups about their approach. The responses were very mixed:

I reached out to my investors to ask them if they had insight into industry standard around paternity leave. Surprisingly, several said they had no idea. After doing some digging, I found that there’s actually no standard for paternity leave in the tech industry. Big and medium-sized tech companies vary from 0-52 weeks of paid paternity leave, with no clear patterns or correlation to maternity leave or allowed PTO. The median seems to be around 6 weeks. Netflix, the golden standard for employee perks, offers a full year of paid time off for moms and dads, and Etsy, Spotify and Twitter allow more than 20 weeks of paid paternity leave. Most (but not all) tech companies I looked into offer more paid leave for new moms than for new dads by a factor of about 2x. 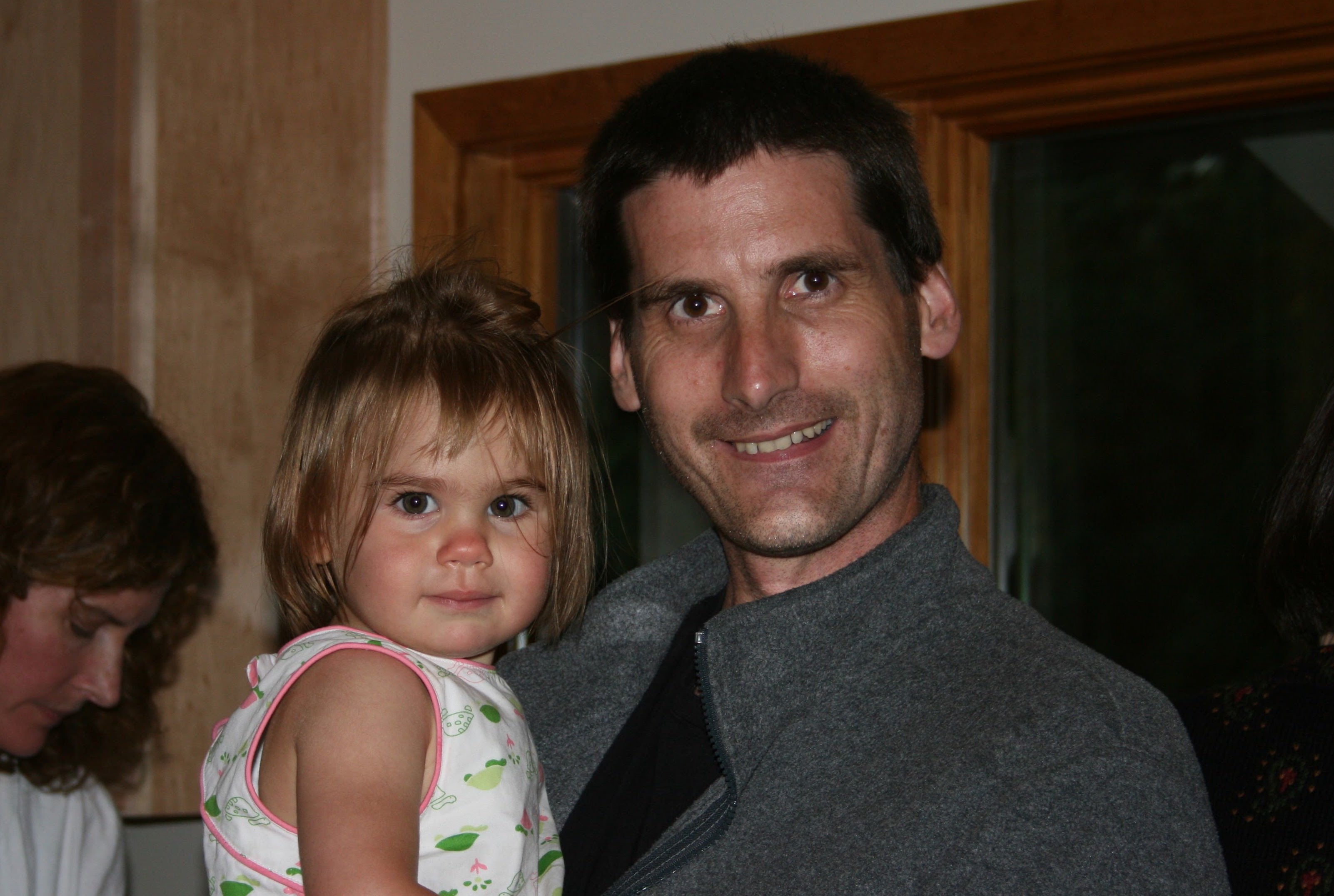 My uncle with his young daughter

Although there is a huge amount of variability, it’s clear that companies are more generous with paternity leave as they get bigger and older.

Note: You should consult with legal council to avoid liability. The laws vary from state to state, and I’m not a lawyer lol.

On Googling the issue, I found that there’s a requirement in California for companies to provide up to 12 weeks of unpaid leave and 6 weeks of paid leave to new parents (both moms and dads), but this only applies to employers with 50 or more employees. The New Parent Leave Act, which just took effect in January 2018, extended the 12 week unpaid leave requirement to companies with 20 employees. Very small startups like Kapwing (5 employees) aren’t covered by these laws, so we're not bound by a legal paternity leave requirement. 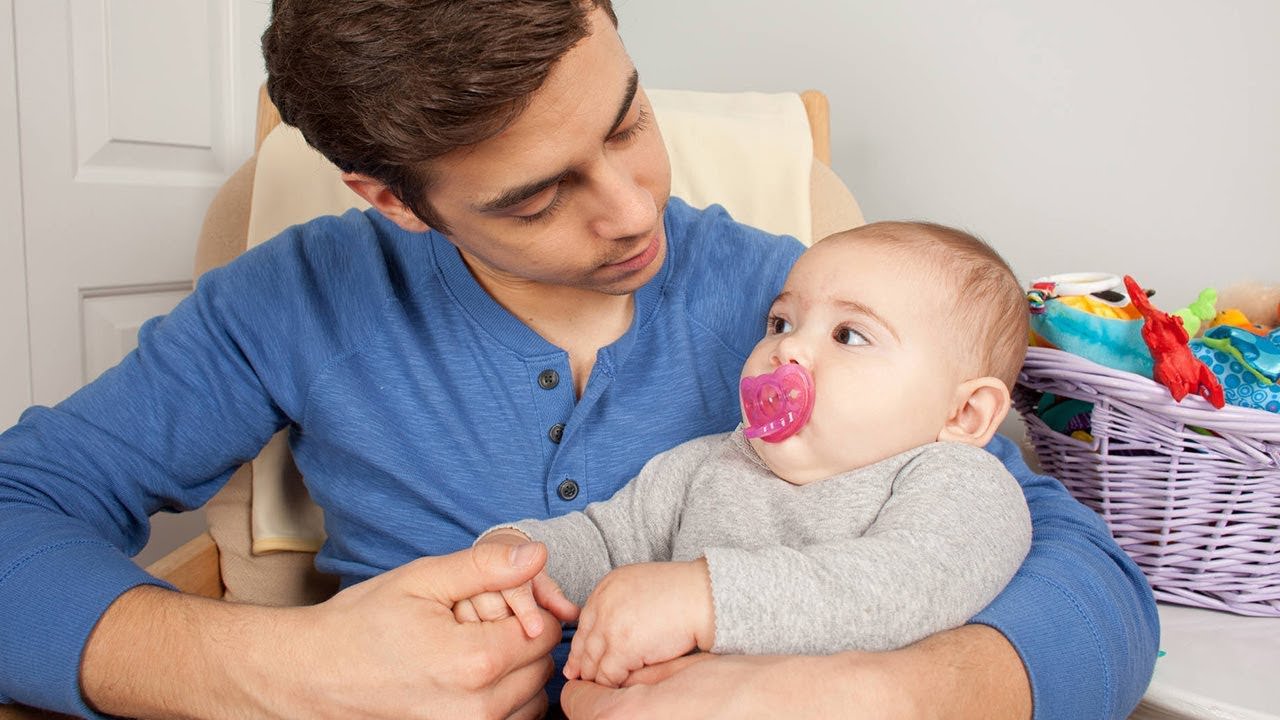 California also offers a Paid Family Leave (PFL) Insurance program that covers up to 70% (or a max of $1,216/week) of the employee’s salary for up to 6 weeks after they have a baby. With the PFL subsidy, cash-strapped startups can support paid parental leave without burning through a full-time engineering salary.

Between the minimum and the golden standard

Paternity leave is as important for new dads as it is for their families. Ideally, I would be able to offer employees a generous and flexible plan so they could fully focus on bonding with the new baby and supporting their partner. But, unlike a big company, engineers at a 5-person startup can not be replaceable. There’s no one to take on your work while you’re out, and each contributor’s work is essential to company survival. With limited runway, a startup can’t afford to pay for no output, at least not for long. Kapwing is our baby too, and it will die if neglected. 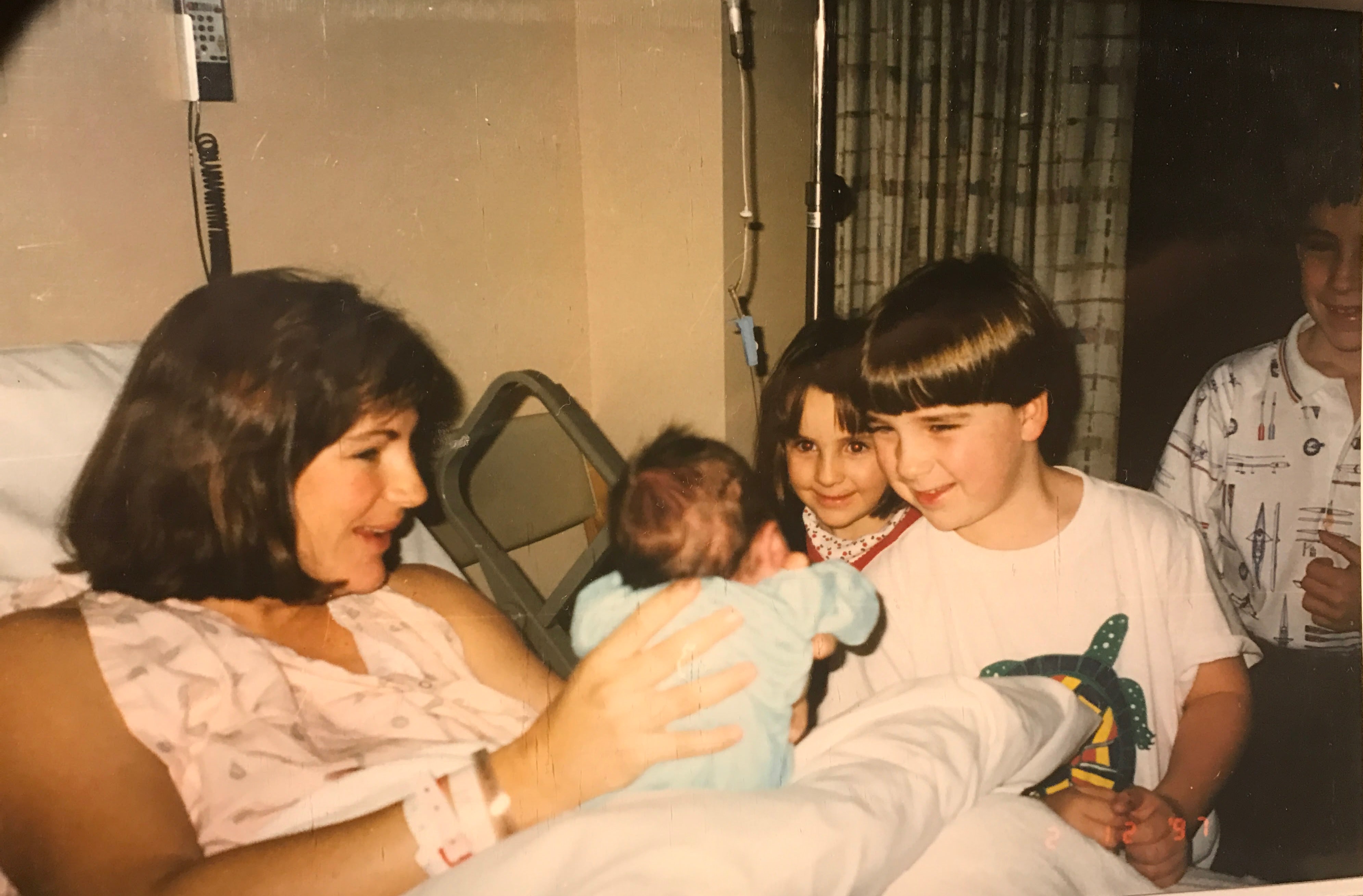 In the end, I landed on somewhere between the ideal and what I felt like Kapwing was able to support. Kapwing now “officially” has a paternity leave policy: new dads can take up to 4 weeks of paid leave plus up to 4 weeks of unpaid leave. Although it’s less than what the same employee would get if he was working at Google, we will also support flex hours and work-from-home within the baby’s first year, and we’re flexible with PTO.

Since designing this policy, I now realize how uncomfortable it is for a job candidate to ask about the PTO policy for new parents. It requires admitting that you’re expecting and will be out for an extended period of time, which feel risky when talking to a potential employer.

As a result, not having a parental leave policy makes your startup less attractive to talented engineers and makes closing a promising candidate more difficult. For example, friend of mine is expecting her first child this winter. When she decided to leave Google this Spring, she didn’t consider startups because she wasn’t sure they would support her with work/life balance once the baby arrives (she ended up at Facebook). Her husband took a new job at a young startup a month ago, and he still hasn’t found out what the paternity leave policy is or if one exists at all. 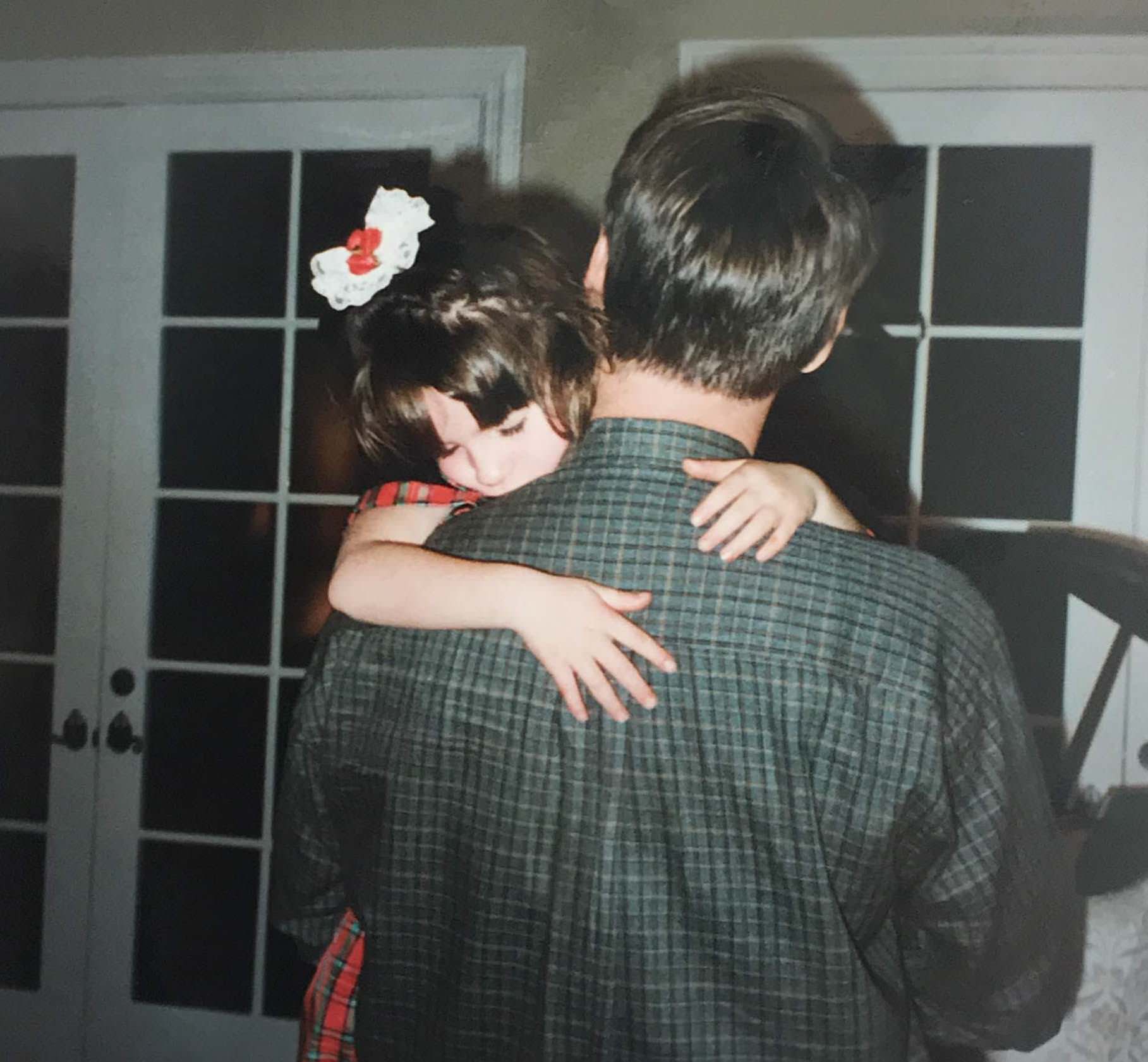 My dad in paternity mode a couple of decades ago

Of course, startup employees know that, in the early days, perks are a bit informal. We need all hands on deck to hit our Series A benchmarks, but we also have the flexibility to change and make decisions as they go. CEOs have to do their best to balance support for employees with the demands of the company.

Thanks for reading! Have opinions, comments, or questions? Please email me ([email protected]) or message me on Twitter. Kapwing made a first engineering hire last week, and we’re hoping to close our next two engineers soon to be fully staffed at 5 FTE. I hope this summary of our decision process helps other founders choose a paternity policy for their early employees who ask about it.