I’m a tech startup founder, a web developer, and a diagnosed narcoleptic. In this post, I’ll share what it’s like to live with narcolepsy and how it affects my work in the tech industry.

I’m a 24-year-old software developer living in San Francisco, and I have narcolepsy, a neural condition that makes me excessively sleepy. I nap a lot, even if I’ve gotten a full night of sleep, and often can’t keep myself awake during the day. The average person takes seven minutes to doze off and ninety minutes to cross into the cerebral stage of REM; it takes me about thirty seconds and less than a minute, respectively. Many of my friends and coworkers have asked me what it’s like to have narcolepsy, so I decided to share a bit about living and working with a sleep disorder.

Most of the time, my narcolepsy is a magical super power or endearing quirk. I can fall asleep almost instantly when I want to and never have trouble sleeping in cars, busses, or planes. I’m lucky to have found a medication that keeps me functional through the day quickly after I was diagnosed in my sophomore year of high school. Most people I meet never know I have it.

Of course, narcolepsy causes occasional embarrassment in my mostly normal life. Some narcoleptics literally fall to the ground asleep when it hits them during the day, so I’m thankful to have a less debilitating form. For me, a “narcoleptic episode” starts out as a headache that forces my eyes closed after a few minutes. I generally have time to get to a safe napping spot and wake up less than ten minutes later, totally refreshed. 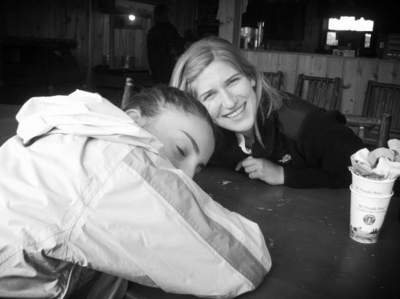 Of course, it’s not appropriate to nap in a ton of situations, and I’ve suffered through a growing number of them. I started falling asleep during a technical interview and spoke half-asleep gibberish to my interviewer before excusing myself to splash my face off in the bathroom. I fell asleep during the reading comprehension section of the SAT and flunked the test. I’ve napped at night clubs, bars, concerts, football games, and volleyball tournaments despite ear-splitting, sporadic noise. I almost fell on an upper section of the Half Dome hike this summer when I fell asleep while descending and have had to take naps on precarious stumps, rocks, and river banks. When I was an undergrad at Stanford, I would “come to” coasting or swerving through an odd part of campus on my bike, and I'm incapable of pulling an all-nighter. I’ve missed a few minutes of hundreds of movies, shows, and performances. I’ve napped on numerous mountain summits, sailboats, and ski lifts. I’ve nodded off during multiple meetings with my boss and meetings with Google partners. I have made a bed from many parked cars, bathroom stalls, and coffee shop armchairs. Although they’re hilarious in retrospect, my narcoleptic moments are stressful when they’re happening. 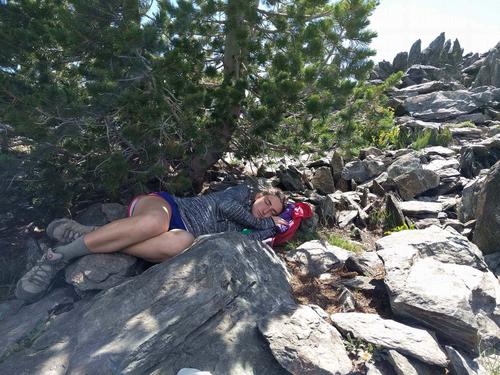 The scariest part of narcolepsy is the possibility of falling asleep while driving. I’ve tried all sorts of homespun remedies to defy the narcolepsy - chewing gum, screeching radios, open windows, Venti Americanos, self-inflicted pinches - but a roadside catnap is the only effective solution. It isn’t always easy, safe, or possible to find a good parking spot within a few minutes, and I’ve gotten into trouble a few times. At 16, I sped through a red light at 40mph when I nodded off on my way home from school. At 17, I got into my first fender bender when I drifted off in traffic and drifted into the car in front of me. At 20, I napped 9 times on my solo drive back to Northern California from Portland. As I’ve gotten older, I’ve become better at handling narcolepsy and try not to go for long drives by myself. 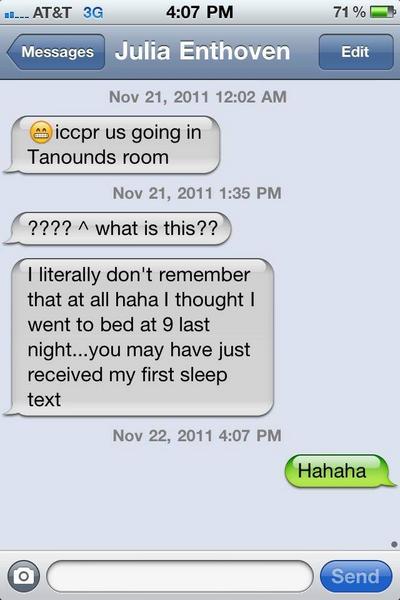 There are other hazards, although they’re generally minor Narcoleptics have weird REM habits, and for me that means sleepwalking and talking several times a week. I’ve woken up my roommate several times laughing or screaming in my sleep, and I’ve texted, sent emails to coworkers, eaten a bowl of cereal, and had conversations in my sleep. In 2015, I broke my nose while sleeping: I woke up in my bed with blood streaming out of my nose and without the slightest idea or memory of how it had happened. 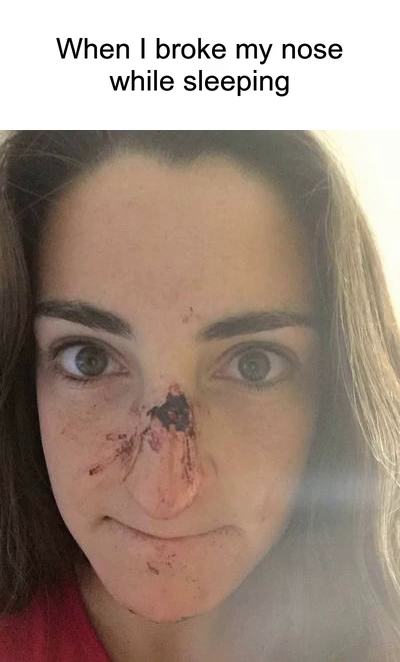 I’m sure that every software engineer wishes they could maintain better technical focus; for me, I often need to nap in the afternoon (after my pills and coffee wear off) if I’ve been coding all day. When I worked as a SWE intern, I had a daily routine of taking my narcoleptic headache to the parking lot and napping in my car since I was too embarrassed to sleep in my cubicle. 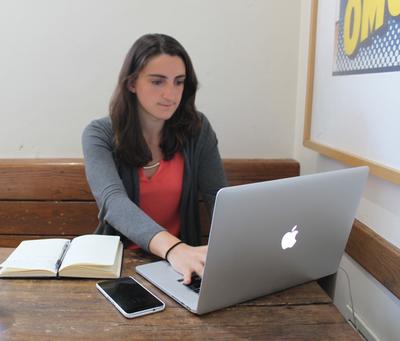 I’m grateful that I ultimately found product management, a more social, active job where I did different things every hour. I fell asleep way less and enjoyed PMing more than pure engineering. In July, I left my job as a PM and started working on a video editing website called Kapwing with a friend. Now, as a founder, I’m back to coding and taking spontaneous naps, which is mildly embarrassing given that the partners in the VC we work out of don’t know about my narcolepsy. As ephemeral relationships with advisors, peers, investors, and partners become more important, I’m a bit nervous about how the condition could make it harder for me to network, but it's a small hurtle in comparison to the challenge of growing a startup. 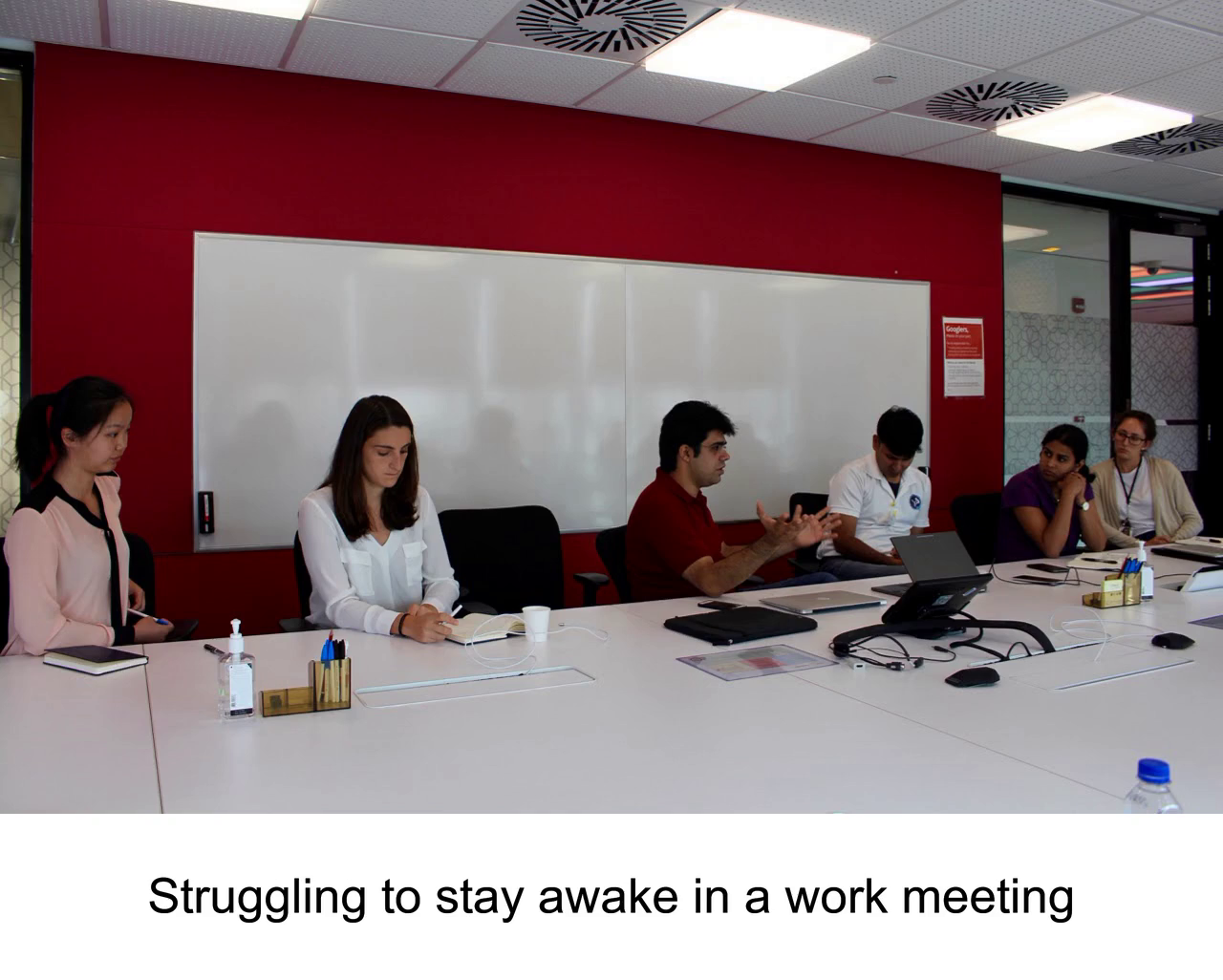 Check your sleep habits: Narcolepsy is rare, but sleep apnea, another condition that causes excessive sleepiness, is more common and seriously under-diagnosed. If you have a hard time staying awake during the day, you should ask your doctor about getting a sleep study done - it could make you a much happier, healthier person. If I hadn’t see a doctor and found a treatment, I would be so much less effective, less productive, and less capable of living a normal life. 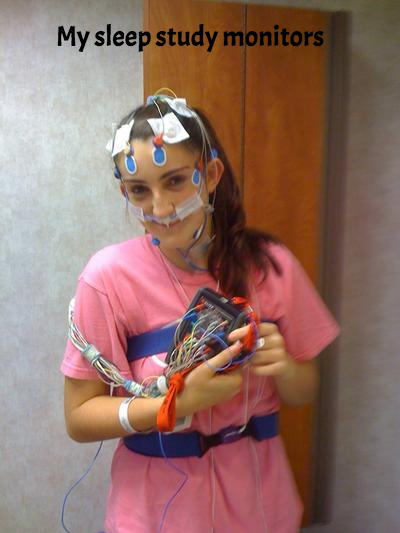 Give people the benefit of the doubt: I’ve never considered narcolepsy a disability or "declared" it to my employers, although it has sometimes made it harder for me to be successful. More people than you might expect have some sort of health issue they're dealing with, so give your coworkers a break and beware of mistaking something for laziness or incompetence. 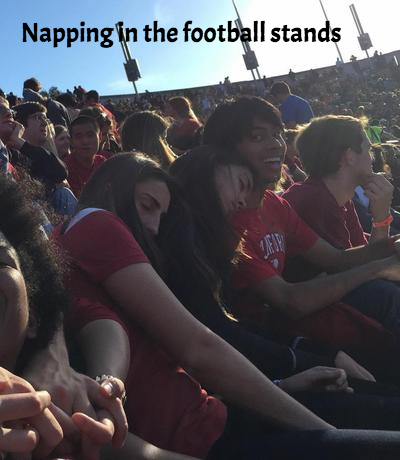 Your hardships make you interesting: People love hearing about narcolepsy; after all, the stories are hilarious. Because of narcolepsy, I am an expert in sleep science and passionate about sleep health. It sucks to struggle with sleep or any lifelong disorder, but I’ve embraced it and benefited some from the community and lore around it. 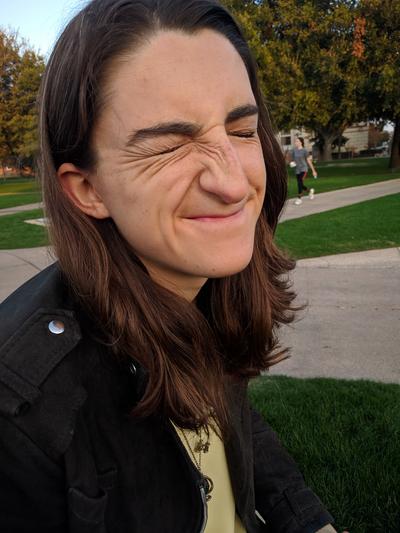 This is my first time writing about my narcolepsy. I’m a little embarrassed to share it, but also happy to chat with others who are struggling with sleep problem or are trying to make their way in the tech scene with some sort of health issue. Please reach out at [email protected]!

Thanks for reading! Keep following along on the Kapwing blog as Eric and I grow Kapwing to ramen profitability.