Stop motion videos - the effect of strobing images in sequence - are all over Instagram. Instagram is experimenting with a Stop Motion effect for the Story camera. In this post, I'll introduce Kapwing's free online software tools to help you make and share good-looking Stop Motion videos.

How to make a stop motion video

There are two ways to make a stop motion video:

Approach #1 is the classic technique. It's a great way to make inanimate objects look like they're moving, and all you need is a smartphone and some creative vision to make it happen.

Approach #2 is easier and cheaper because you can take any footage filmed on any camera and retroactively transform it to emulate the stop motion look. You won't be able to make inanimate objects look like they're moving, but you can make pretty cool, sharable video for Instagram, Facebook, and other platforms.

Kapwing has tools for both approaches. You can use the Montage Maker to combine images into a video and the Stop Motion Video Maker to transform existing video into awesome stop motion clips. Kapwing is a video editing suite that works on all phones and computers and is free to use, although the output videos have a small watermark in the corner (you can pay $3 to remove it).

Approach 1: Stop motion from a sequence of images

To make a stop motion video, set up the scene you want to animate in from of a camera in a stable position. Then, make small changes to the scene and snap photos of every new frame.

Once you have all of the images you want to combine into a video, find the Montage Maker on the Kapwing homepage and click "Get Started." Upload all of the images, choose your options, and click "Create" to stitch the images together into a continuous stop motion video. You can also watch this YouTube tutorial on how to use the tool. 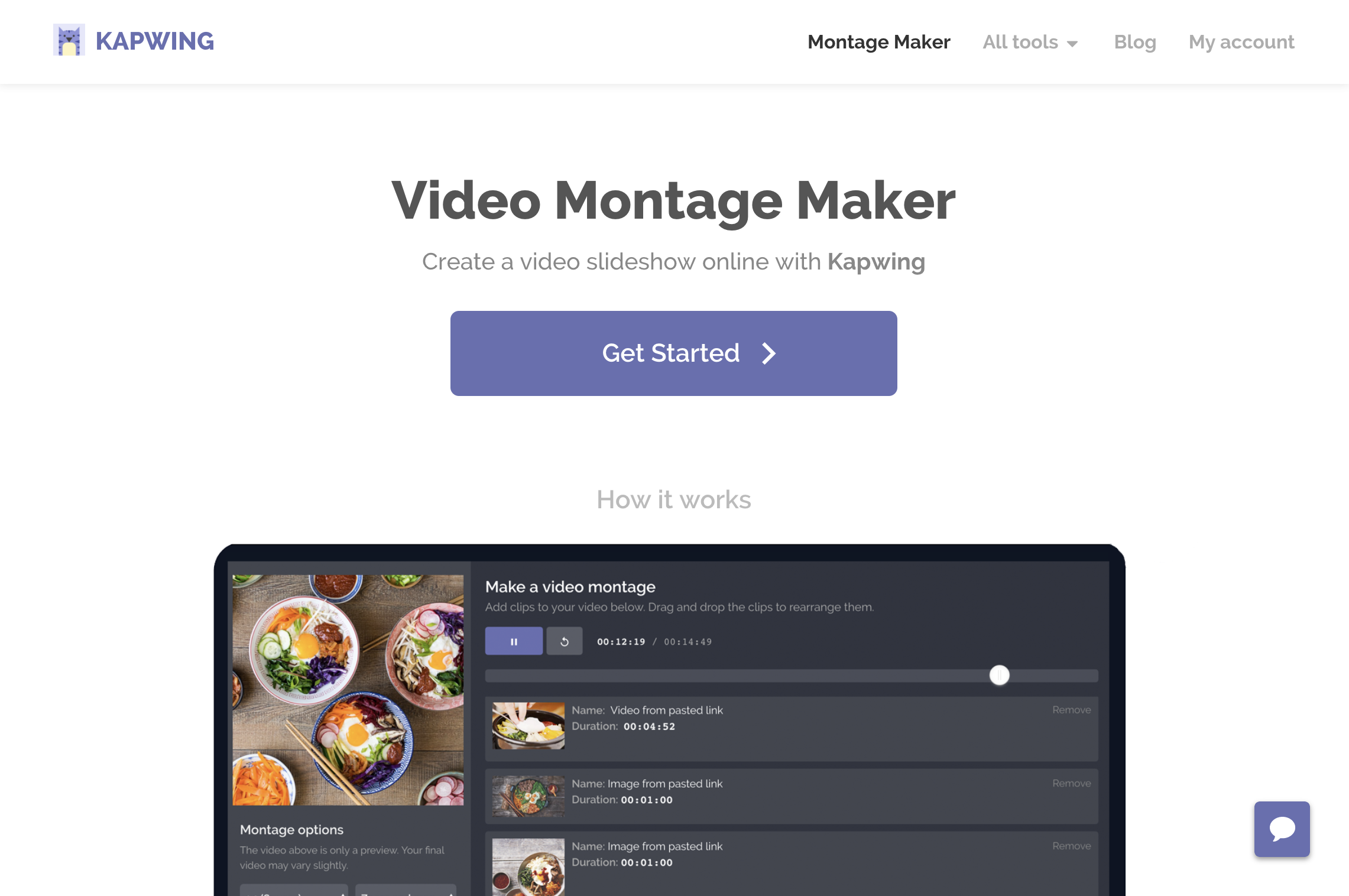 Once your Stop Motion video has been processed, download it directly from Kapwing. Go to Facebook and Instagram to share the video and don't forget to tag #Kapwing! Here's a stop motion video that was made by one of Kapwing's users online:

To make a stop motion video, film a cool moment, find some footage online, or use something you shot in the past. For inspiration, here are some videos that make cool stop motion clips: 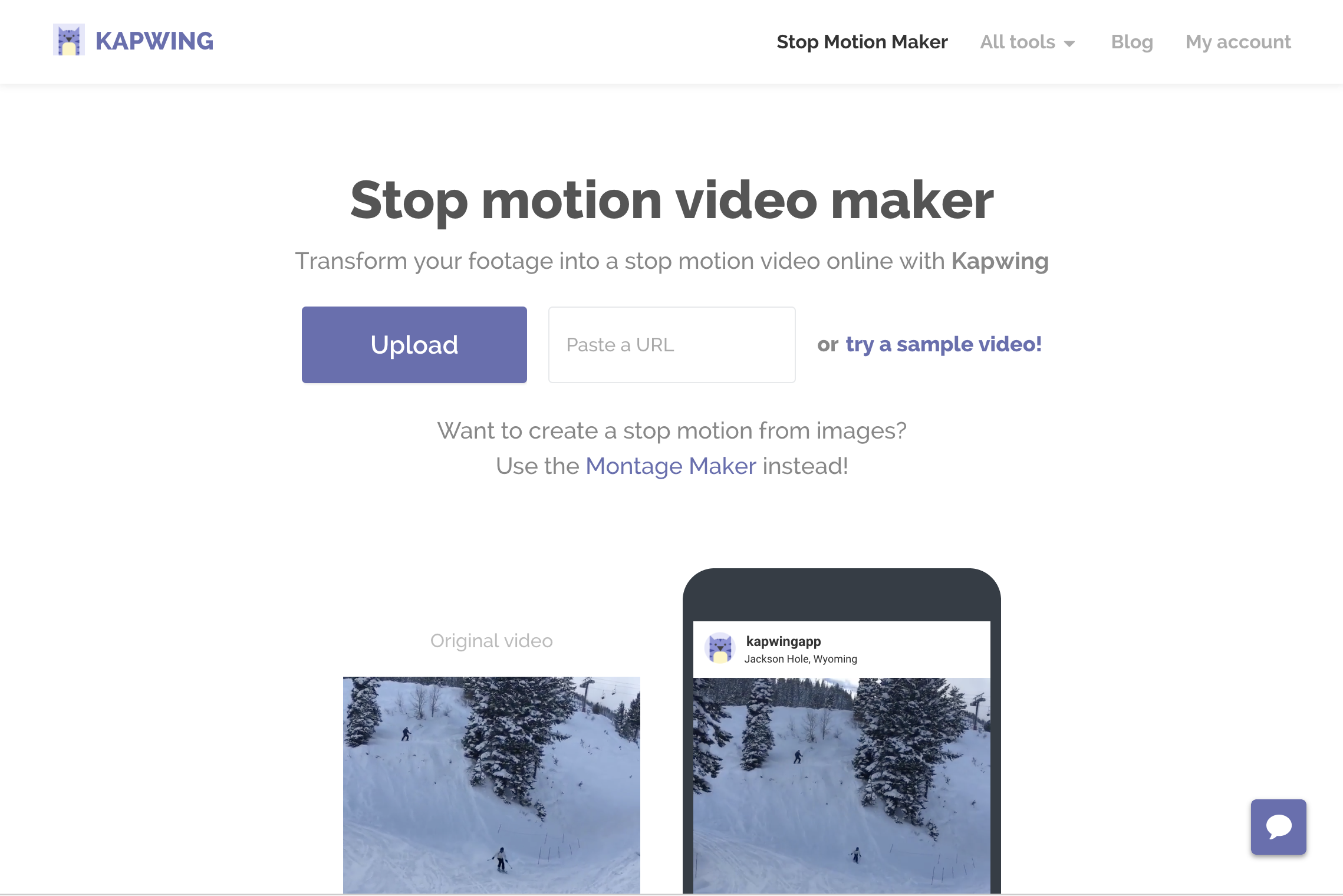 Would love to hear your feedback, thoughts, and requests for the new feature at [email protected]. Stay tuned as Eric and I work our way to Ramen profitability and beyond!