Over the last several months, I've witnessed many controversial discussions among my friends, in my San Francisco community, and on online forums about James Demore’s memorandum. People of both genders are wrestling with the fact that fewer women go into computer science and trying to find explanations that balance their experience, empathy, and ethical aspirations. I’ve heard lots of good-intentioned people consider discouraging theories of biological superiority because they can’t find any other compelling explanation (like this post on HackerNews, for example). As a woman who studied computer science, worked at some of the top tech firms, and has founded a software startup, I’d like to share my take on why fewer women go into CS and my opinion on how to address the issue.

Compared to almost any other industry, women are underrepresented in technology. Only 18% of undergrad computer science majors are women, women hold 25% of technical roles at software companies, and 16% of tech companies are founded by women. Since software engineering is central to modern technology, people worry that the serious gender disparity sets us up for an unbalanced future. 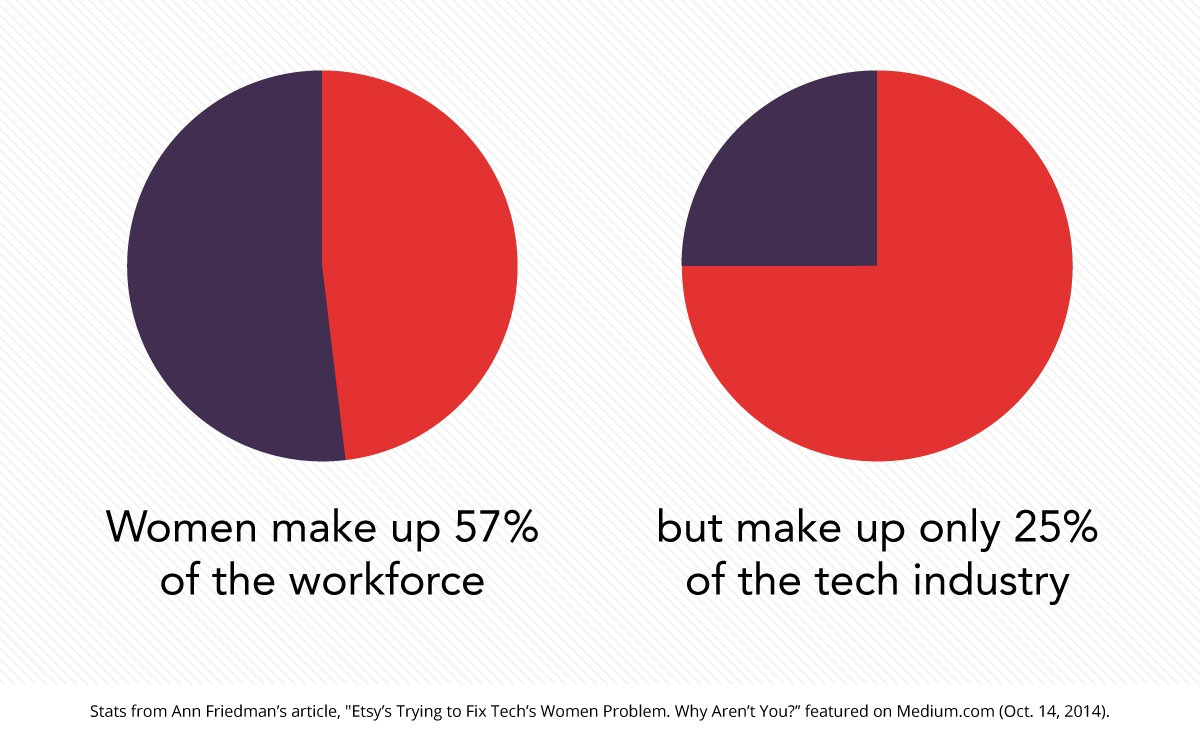 I graduated from Stanford with a BS in Mathematical & Computational Sciences in 2015, interned at Apple as a software engineer, and worked as an Associate Product Manager at Google 2015-2017. In October, I founded a video editing website called Kapwing and am working on the startup full-time. Although I’m only 25, I’ve already seen many of my female friends choose majors/careers outside of STEM and have been inside of many predominately-male classes, organizations, and teams.

This article is one person’s humble perspective, and I do not speak for every woman in tech. But hopefully having the view of someone who has “been there” can help people trying to understand why there are fewer women in tech.

--> Part 1: Young women are more pro-social then young men.
--> Part 2: As a profession, computer engineering is perceived to be anti-social and actually is less social for women than for men.
--> As a result, fewer women study CS and work as programmers

Between the ages of 16 and 24, girls have more sophisticated social lives than boys of the same age. Young women talk to their friends more often [1], care more about their reputation [2], spend more time talking about their friends [3], and assign more emotional value to close relationships [4]. Teenaged and college-aged women value close bonds with colleagues and respect of peers more than men of the same age do. A 2006 meta-analysis by Rose et al. showed that young girls engage in more prosocial behaviors, emphasize group-oriented goals, and seek and receive more emotional support from than friendships than young boys do.

My experience confirms that teenage and college-age girls care more than boys do about solving real human problem (as opposed to competitive, self-oriented gain), forming close bonds with peers, and earning colleagues’ respect. I will not comment on whether this is caused by society or by biology; likely, it’s both and many factors in between. I’m also not claiming that this difference between boys and girls persists through life. But it seems that girls are more social at the crucial time that young people choose a major and career path. 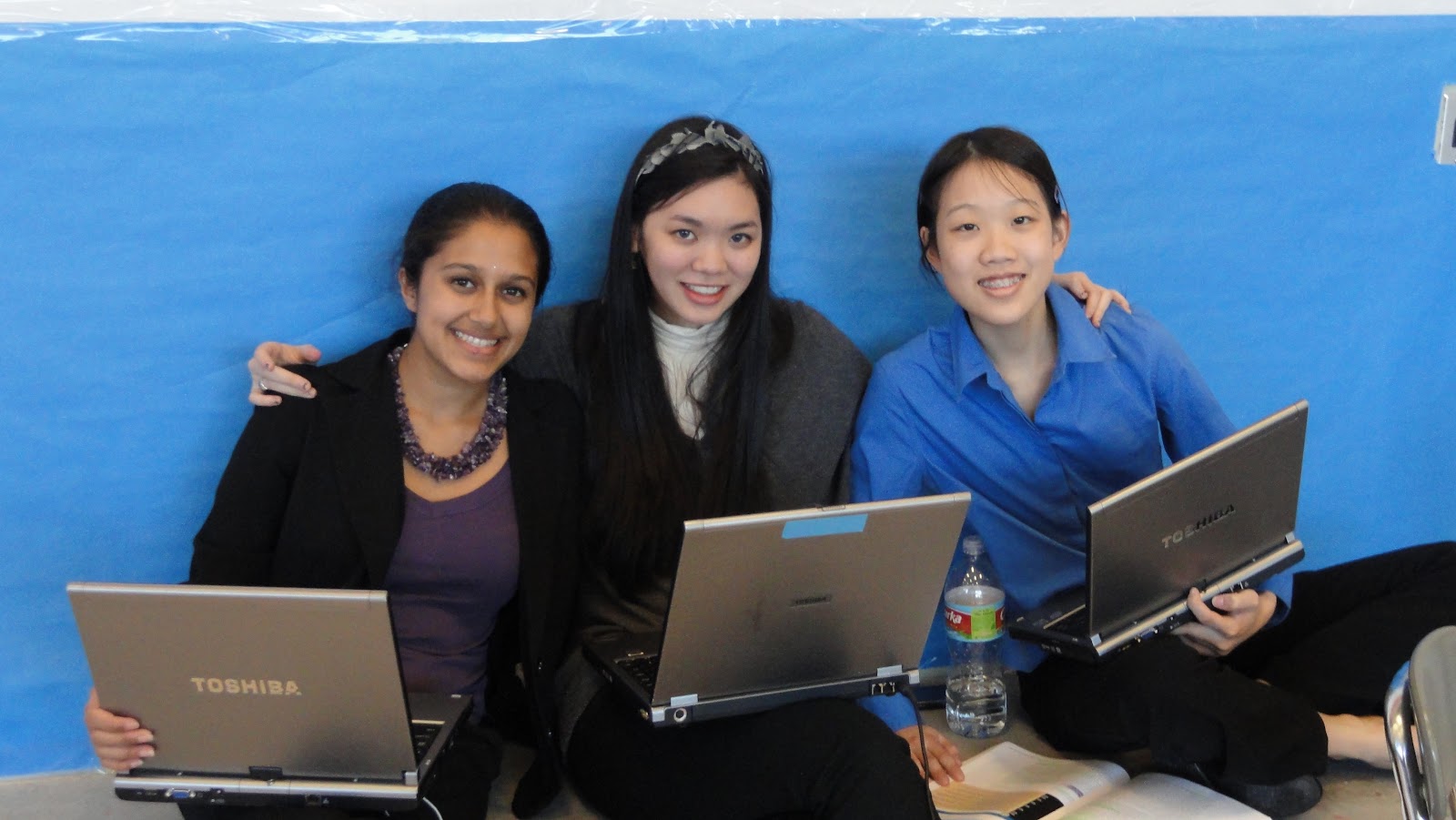 For young women, computer science seems and actually is less social compared to other industries and careers.

In my opinion, there are two stereotypes that make computer science unattractive to pro-social people.

First, there is a stereotype that programming is detached from human issues. Unlike medicine, teaching, counseling, and many other fields of study where women outnumber men, computer science lectures and lessons are often more about video games and algorithms than about applications and user problems. In my experience, college students think coders spend their time solving theoretical problems, hacking into internet accounts, or building silly games rather than architecting situations to real-world human problems. 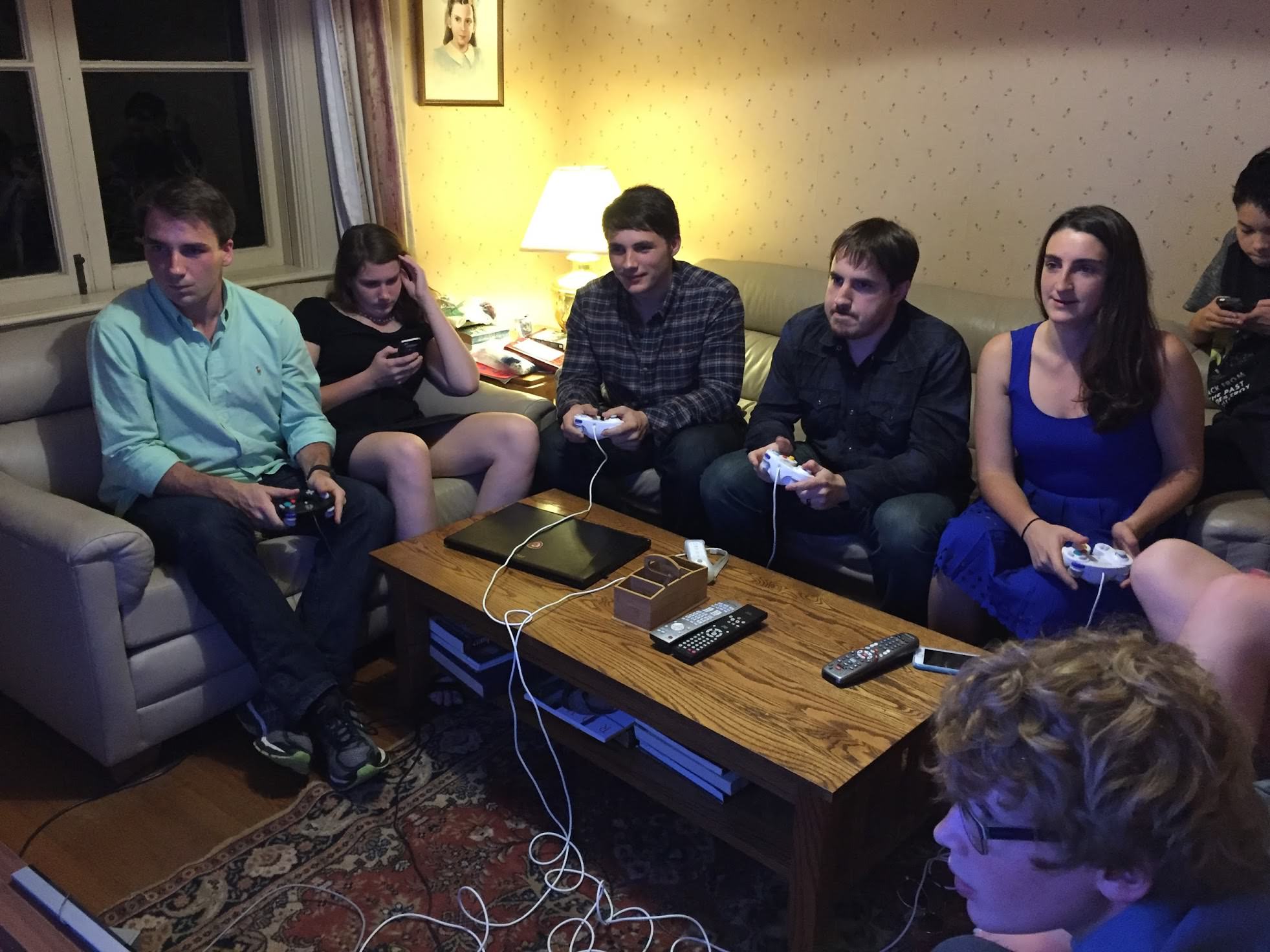 Photo: Me playing video games with my brothers with enthralled cousins nearby (notice my female cousin who couldn't care less about the game)

When I told them the majors I was considering, my own parents discouraged me from choosing CS or Math. Even though they were both STEM majors, my mom told me she always thought my strengths were “working with people” and “solving real-world problems,” and she thought tech was anti-social and theoretical. Technologists seemed to deal with numbers and bits, not with humanity.

Second, computer scientists are seen as unpopular dweebs without people skills or a healthy social life. Geek culture is almost synonymous with lack of social skills. At Stanford, people tease CS majors about their social ineptitude, joke about the bad smell in the computer “lair”, complain about the late hours demanded by CS classes, and shame the analytical personality of a good engineer. A social person doesn’t aspire to become a baggy-eyed programmer in a dark cave with Red Bull or a unintelligible savant who can’t get a date. Unlike medicine, law, forensics, finance, politics, and other professional fields, techies are presented as total nerds in the media. I think that if CS continues to be lauded as a haven for antisocial people, the gender imbalance will persist. 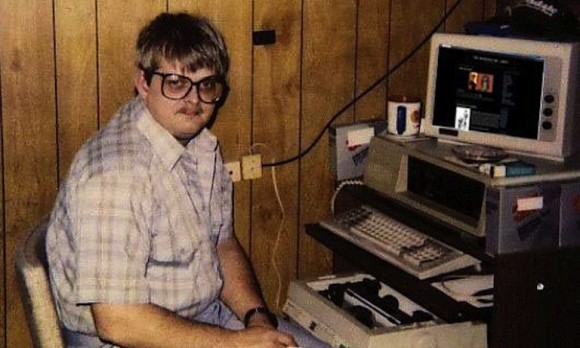 When I was a freshman, it was hard to imagine that a successful technologist could be a well-liked person with a big personality, lots of friends, and close attachments to colleagues. The young people who valued those things steered clear or proceeded with caution.

In addition to these perceptions about people in tech, tech actually is less social for women than for men. It’s harder for women to make friends and fit in, both in university classes and at tech companies. Because it’s unnatural or might be taken the wrong way, young men are less likely to approach women and invite them to join a study group or happy hour, poker night, or whatever else they do with their male peers/coworkers. They don’t just sit next to women without a desk neighbor, ask them unsolicited questions, or offer to help. They’re less likely to joke with them, complement them, or even chat with them casually. The exclusion is unintentional, not malicious, but made worse by the fact that women are more socially aware than men at this age. I want to give an example of this issue from my own life. The last project in the Operating Systems class at Stanford is a partner project. After my good friend dropped the class in week 7, I didn’t have a partner for the final project. Per our teacher’s instructions, I posted on a group forum for finding partners; potential partners could see your name and email address and could “claim” you as a partner if you were still looking. Over the next couple of days, I watched as “John Smith”s and “Mark Zhang”s and “Peter Lee”s posted on the same forum and were quickly claimed by classmates seeking partners. Probably 40 pairs were formed after I posted on the forum. Despite straight A’s on class projects, I never got a partner and, hurt and embarrassed, scraped through the project by myself.

Lilli, a software engineer and good friend of mine, had a similar experience at a company hackathon. None of her male peers asked her to partner up, not because they’re malicious but because they already had partners or felt more comfortable reaching out to one of their male teammates. Lilli, who was new to the company, ended up asking an intern to be her partner (they won the hackathon, btw).

When you don’t know anyone and you’re a social person, work or class are much less enjoyable or fulfilling. You have no one to compares PSet answers, study, whine, or go to class with. You have no one to go to lunch, gossip, or brainstorm with or get help from. I’ve been there - the only girl on a team of 50 men - and even kind coworkers can accidentally exclude women. Social people can tell when they’re not well-liked and when their work is not well-respected, and in my opinion this pulls women into other areas where it’s easier to make friends. 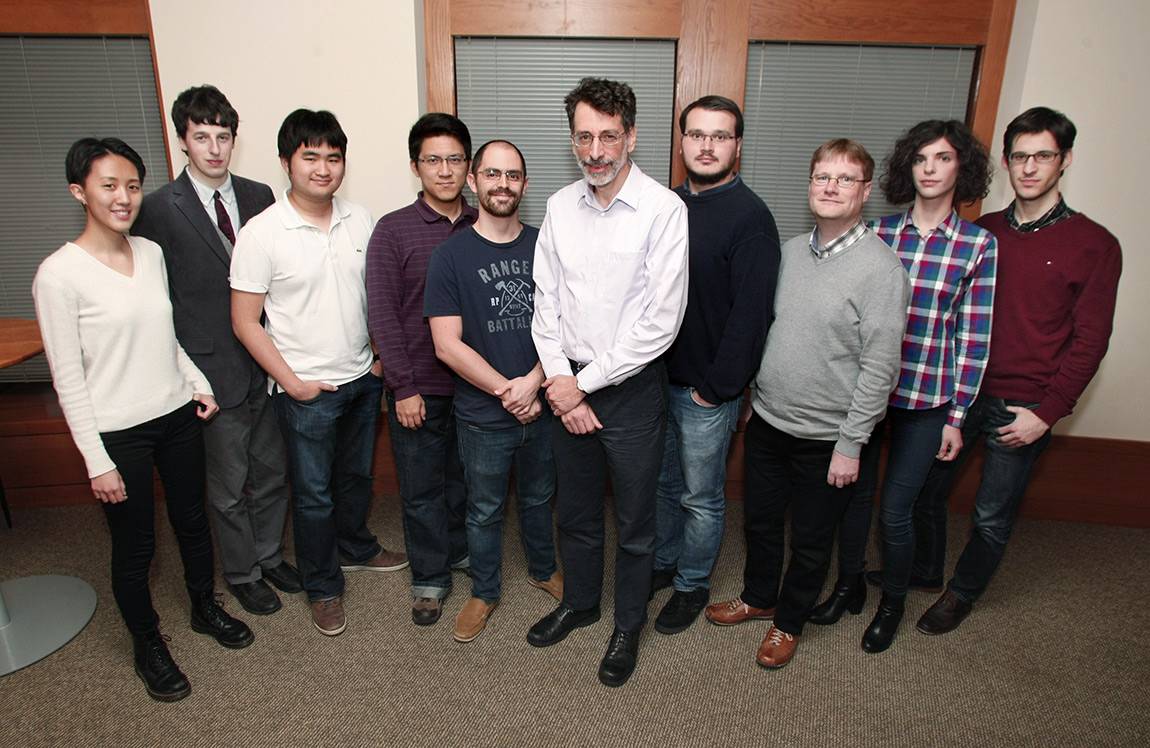 Of course, women deal with these subtle cues in addition to outright discrimination and sexual harassment. It’s not just a fear of not fitting in that drives women out of tech - it’s also the reality.

Ways to address it

Tech doesn’t have to be this way. Companies and schools can make computing seem and actually be more pro-social and community-oriented. 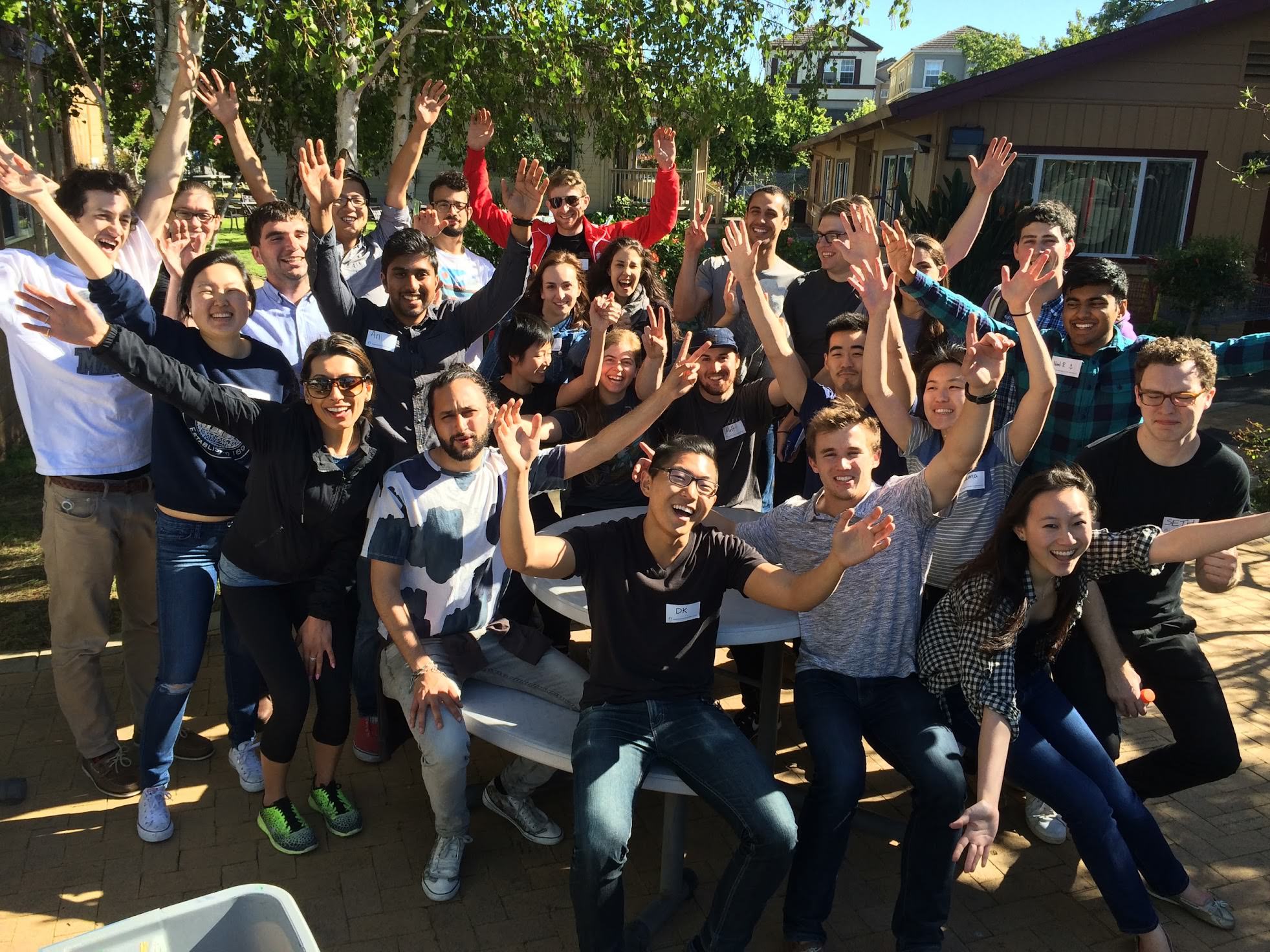 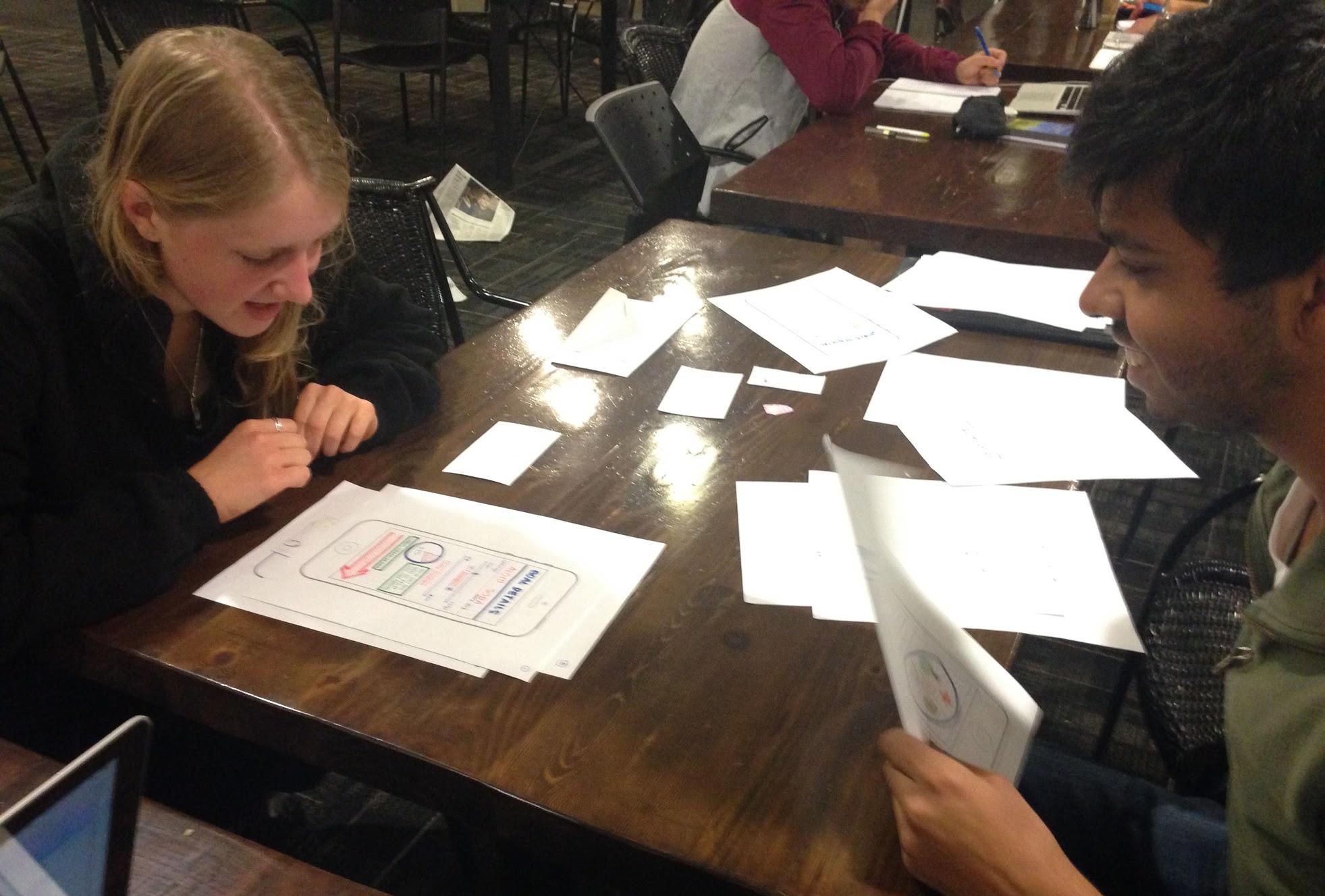 All of these strategies can be applied at the high school, college, and company level. If you’re serious about diversity, you need to address the perception and reality that CS is antisocial for the women.

After all, it wasn’t always this way. Back in the early days of software, women excelled as human “computers” and applied mathematicians, their jobs were seen as highly communicative and important for national security, and computer engineering was a more gender-balanced profession. As a female founder, I don’t feel significantly more inspired by Diane Green and Grace Hopper than by Sergei Bryn or Jeff Bezos, but I do find that it is generally harder to befriend and win respect from people of the opposite gender.

Hopefully this article helps people who want to increase diversity in their lecture halls and conference rooms. To young women considering computer science, know this: you can be a CS major and have good friends, a good reputation, and impactful work. You can code and build things that create social, meaningful change. You can exercise your skills as a writer, thinker, debater, and influencer as an engineer. You can be a powerful, well-liked person with work-life balance and a CS degree. 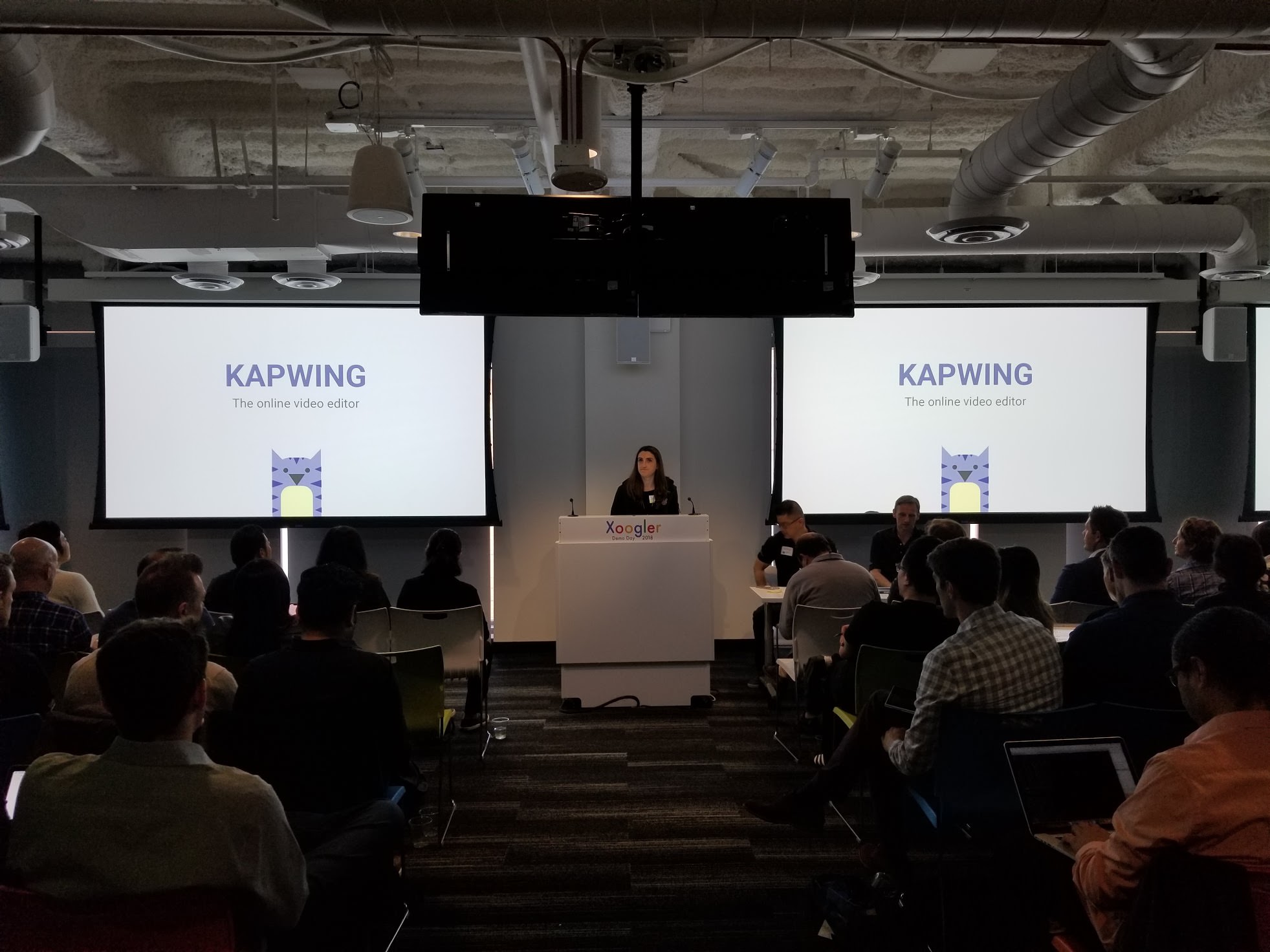 Photo: Me presenting at a pitch event for X-Google founders. People skills are important for entrepreneurs

Thanks for reading! Eric and I are going through the terrible and wonderful process of raising our seed round right now, hence why we haven’t launched a feature in three weeks. But hoping to be back at work soon. Thanks for following the Kapwing blog -- Keep reading as we try to move our company to the next stage of growth.