Right now, YCombinator - the famous Silicon Valley startup accelerator and incubator of Dropbox, Airbnb, Stripe, and many other tech giants - is interviewing for its Summer 2019 class. Hundreds of founders are considering the opportunity to move to Palo Alto for $150,000 in seed funding and three months of storied startup programming. These founders give up 7% of their nascent company to join a community of Bay Area founders and give their idea a shot.

When my cofounder and I quit Google and started our SF-based image and video creation website, Kapwing, in fall 2017, we “looked” like typical YC founders: bootstrapped 24-year-old developers and first-time entrepreneurs with a domain name and not much else. But, despite referrals from friends and advisors, my cofounder and I decided not to apply.

Now that our startup is thriving, I’m often asked why we didn’t do YC in the early days. In this article, I’ll explain why we decided not to do YC for other first-time founders with tech startup ambitions.

Note: Another reminder to the reader again that we didn't get into YCombinator. We didn't apply, so nobody knows if we would have gotten in or not 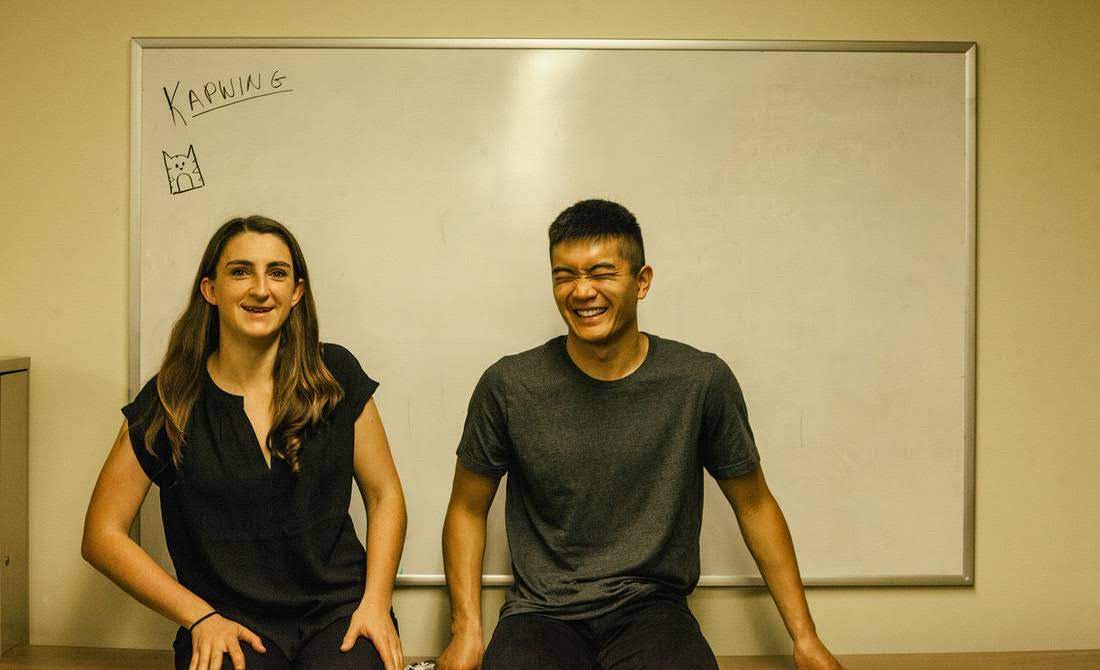 Why We Didn’t Do YC

YC gives $150k for 7% of the company, meaning the valuation of a YC company is $2.1M. Meanwhile, in 2018, the median post-money valuation was $10.7M for a seed deal (source). Some sources told us that YC does negotiate, but it wasn’t clear what the negotiable margin was. 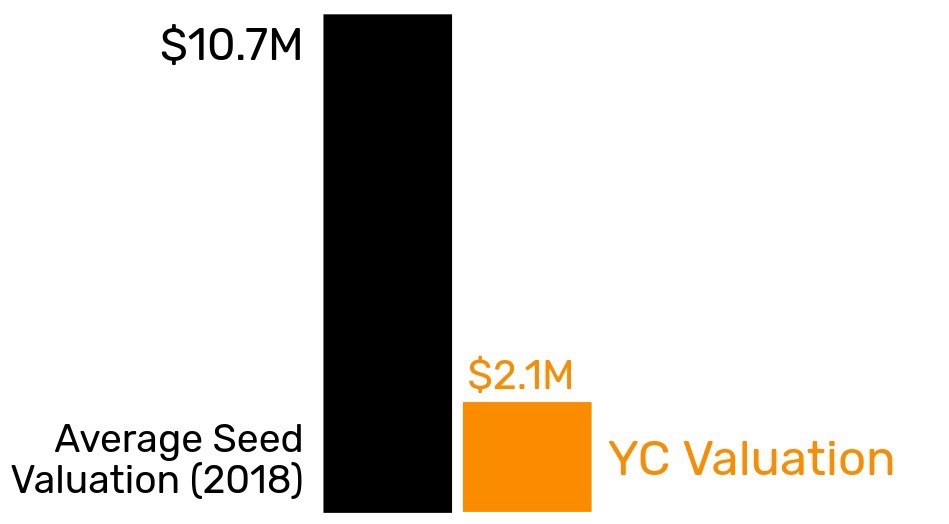 Although the process of raising a seed round wasn’t easy for us, Eric and I closed our seed round with much more ownership than we would have had if we did YC. That means more equity to give to early Kapwing employees and investors in subsequent rounds. Other founders should be warry of the YC cost; 7% feels small in the early days but large when you go to raise future rounds.

If you have a bad idea, YC makes it last longer than it should. It’s harder to shut down a business when you have six figures in its bank account and coaches pressuring you to make progress.

Eric and I experienced the importance of validation first-hand. In the summer of 2017, we worked on an idea for two months before we quietly shut it down because we couldn’t get traction. It was relatively easy for us to move on because no one cared about the product except us. We didn’t have employees or advisors or investors to answer to. Instead, we started working on Kapwing right away and proved out the user need before raising seed money eight months later.

In my opinion, most founders should prove out a viable business, get some traction, and develop a vision before raising money, not the other way around. YC encourages founders to do it backwards because the investors only care about the winners, not the good founders wasting time and money on bad businesses. Ultimately, I’m grateful that we didn’t apply to YC with our first idea; we may have never started working on Kapwing. 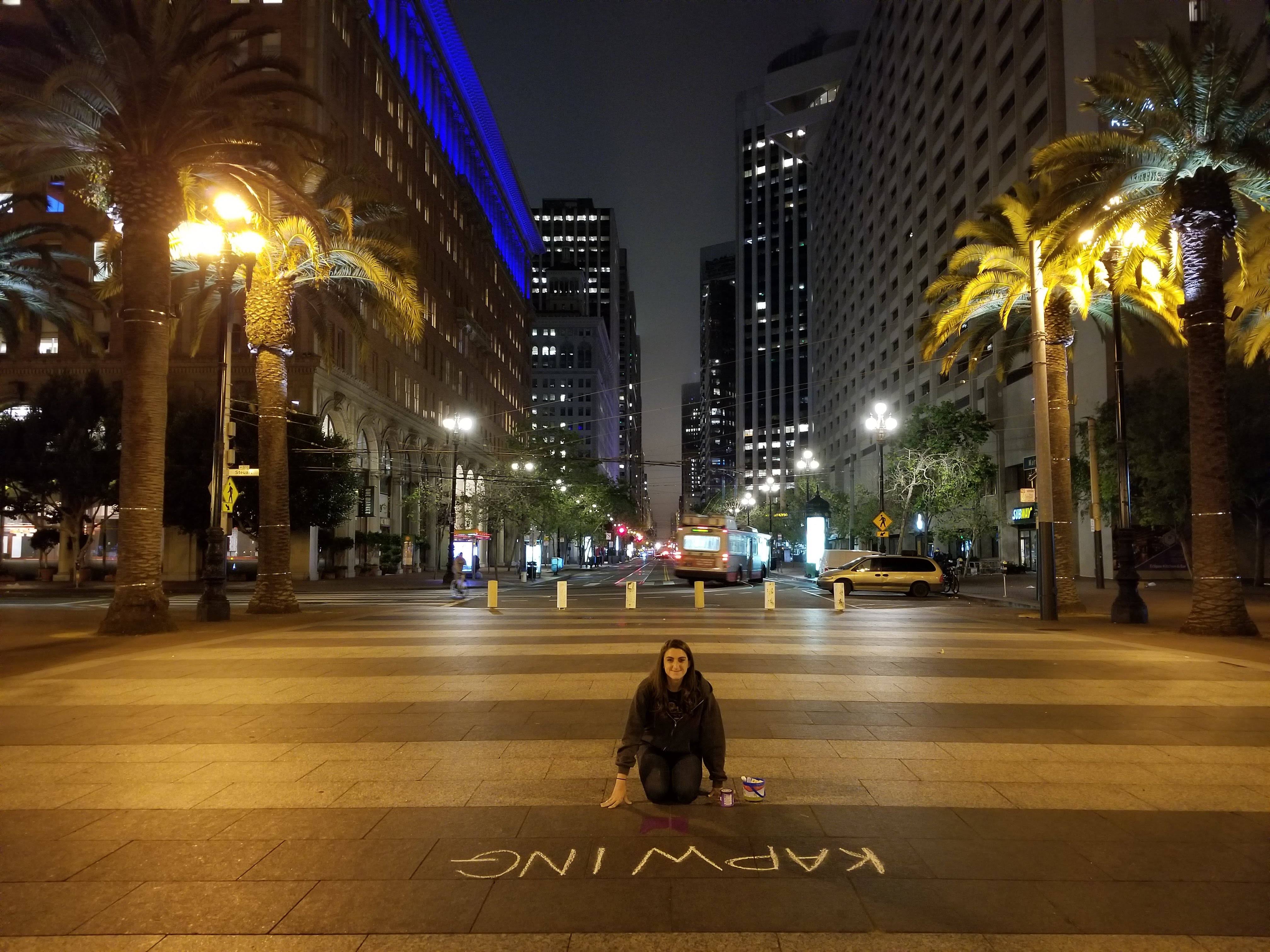 Doing things that don't scale, but not in YC

South Bay is far from San Francisco. If we had done YC, Eric and I would have had to commute to the YC headquarters at least once a week. Instead, we worked on Kapwing from a friend’s office biking distance from our apartments.

We didn’t spend weeks or headspace on the YC interview process. We didn’t have dinners, talks, mixers, mentor meetings, or coffee dates to distract us during work hours, and we spent all day coding and growing the user base. We felt that the distraction of YC programming might have slowed the business down. 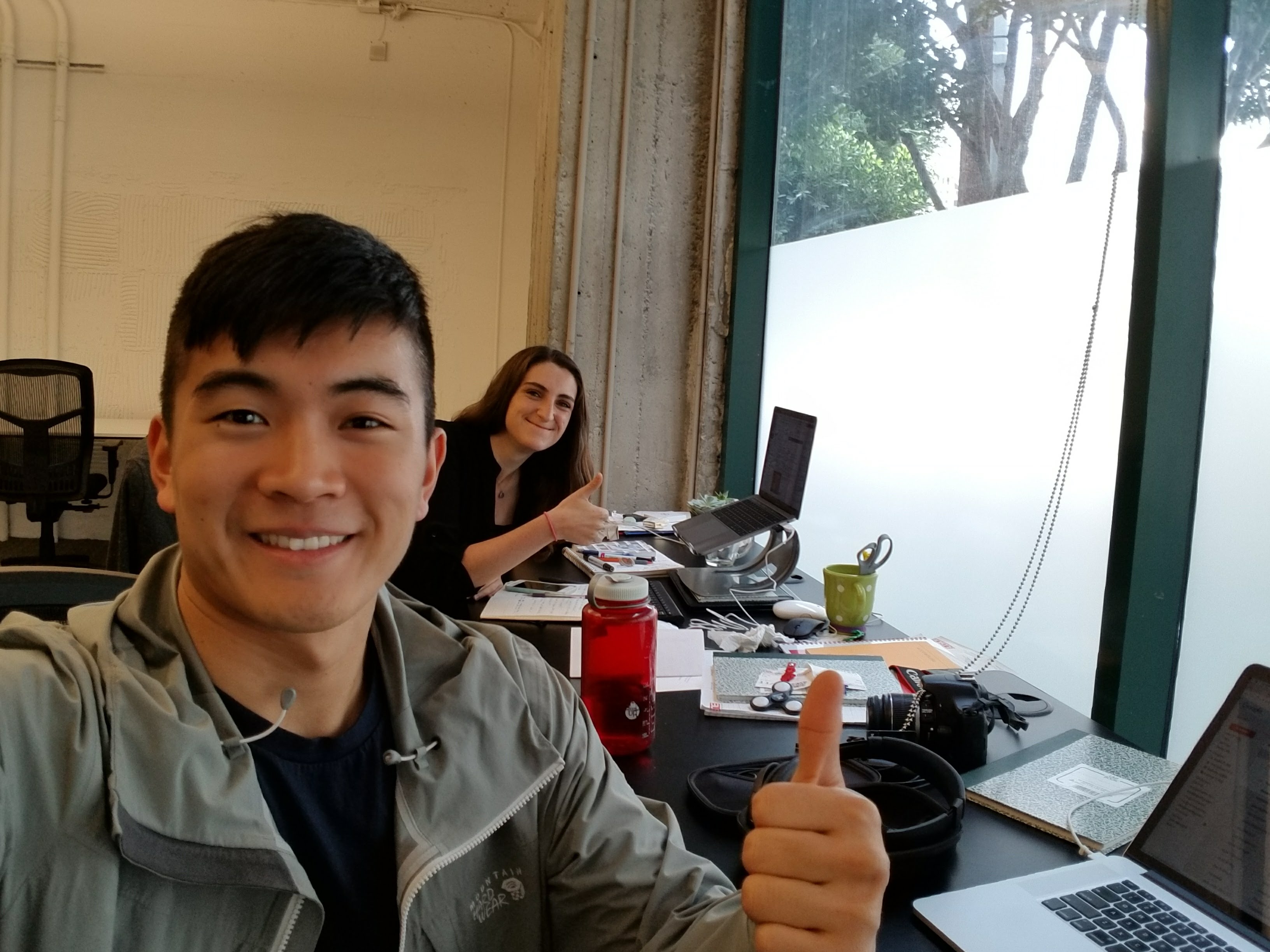 It can also be distracting to be surrounded by a flock of over-optimistic, over-confident tech founders. It took several months of hard work and incremental progress to build our confidence in Kapwing. I think I would have had more self-doubt about my own startup if I compared myself too frequently to other early-stage businesses.

4) Other Sources of Learning

A major reason that founders do YC is for the community and programming. Our friend who did YC this winter (W19) said “the growth bootcamp, which teaches you the ins and outs of consumer growth (paid marketing, referrals, SEO) [and] B2B growth (outbound sales, enterprise sales, running pilots)” was the most valuable part of the YC experience.

In the late 2000s, when there were fewer young entrepreneurs and software unicorns, YC may have been a unique cove of knowledge. But now, a decade later, so many founders blog, speak, and write about their learnings on HackerNews, Medium, panels, podcasts, and other social media that this learning may be non-unique. While I do appreciate the importance of studying growth tactics, I don’t think founders should give up 7% of their company for it.

Eric and I did our own form of “growth bootcamp” in the early days. Every day on the walk to lunch, we would do an informal case study on the early growth of a different successful software startup: TripAdvisor, Tindr, LinkedIn, Airbnb, etc. This was cheaper and more efficient than YC would have been. When it comes to community, we’ve found similar support systems through IndieHackers, Stripe Atlas, StartX, Product Hunt, the X-Googlers, college alumni networks, SamsungNEXT, and now our investors, not to mention our friends here in San Francisco.

Also, in my opinion, the importance of “startup learning” is overrated. To build a business, the first step is to build a product that people need, and no amount of coaching or education is going to replace the hard work and insight it takes to build something useful. Many YC companies do well, enough to establish pattern matching. But most go under, and most of the most successful startups of 2015-2019 didn’t do YC. In 2019, doing YC is not a fast track to startup success. (Spoiler: There is no fast track) 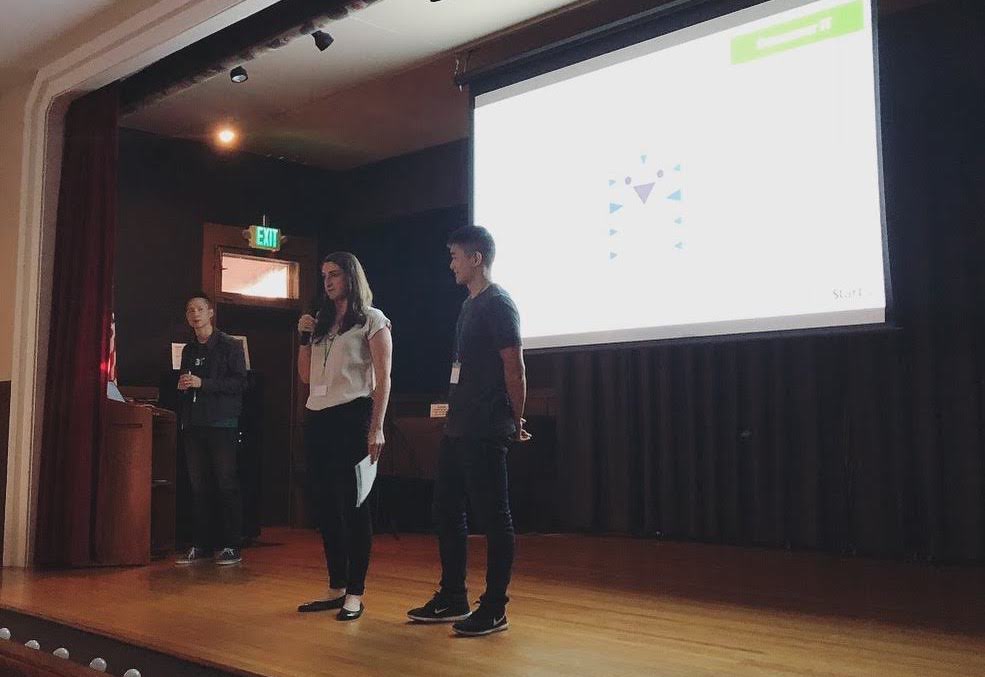 Why Founders Should Do YC

If you need the cash up front

Since Eric and I were both web developers building a pure software product, we didn’t need much capital to experiment with business ideas. But for founder who don’t have enough savings to bootstrap or get their product off the ground, YC gives you the runway you need to work on your company full-time and get your first customers. You might be able to find this somewhere else - like Kickstarter, friends and family, or an angel investor - for much less than 7%, but this early cash might help you avoid the distraction of side-gigs and consulting.

If you have no network in the investor scene

Investors definitely like YC. When we were going into our seed round pitch meetings in summer 2018, most investors - more than 50% of the people we talked to - asked us about YC and were surprised to hear we didn’t do it. A friend of ours who did YC this winter (W19) and raised a seed round from General Catalyst said that “Fundraising was incredibly fast for us compared to many of our peers.”

Eric and I were lucky in that we had other stamps on our resumes to vouch for us - Google, Harvard, Stanford, and CS degrees - and we live in the Bay Area. Ultimately, we were able to raise money from big firms like Kleiner Perkins through existing friendships and informal networking events. But not every founder has this kind of access. For first-time founders, YC may give you the validation you need to get your foot in the door at big VC firms, although perhaps it carries less weight than it used to. 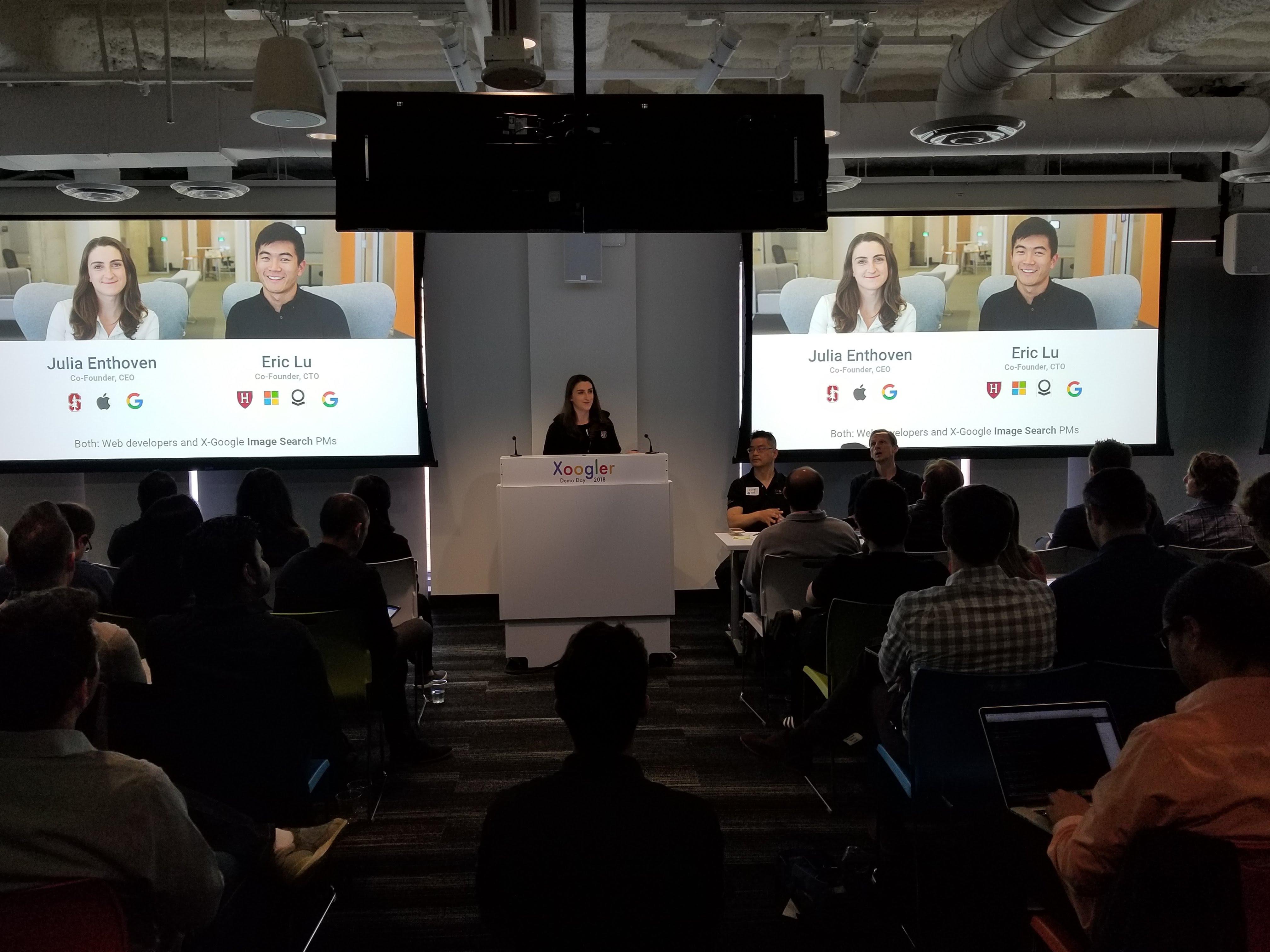 Pitching Kapwing at Xoogler Demo Day, an equally exclusive event that we were very lucky to have access to

If your product or business sells to startup founders

If you sell a product or service to tech startup founders, the YC network is a goldmine for sales leads. YC is a great way to connect with well-funded, high-profile startups, leading to potential traction and business. Companies like Stripe, Mixpanel, Heroku, and others have undoubtedly benefited from this. Kapwing sells to content creators, not startup founders specifically, so our acquisition channels aren't aligned with the YC avenues.

YC connections benefit startups when it comes to finding office space, connecting with company executives, hiring engineers, raising money, and promoting content on HackerNews. But all of those factors are no match for finding product-market fit. Eric and I have found time and time again that the “help” we get from investors and outside communities is way less helpful for our business than product development, content marketing, and hustle. Ultimately, investors care most about growth of the business, not the shiny objects on your resume.

Silicon Valley fans and aspiring techies (including myself!) have grown up with YCombinator lore. But, despite its fame, YC isn’t right for everyone. With social media, a plethora of developer tools, AWS, software credits, and smartphones, it’s much easier to build a software product and get early users today than it was in the mid-2000s when YC started. Make the decision for the right reasons before you waste your time with an application or decide to join. 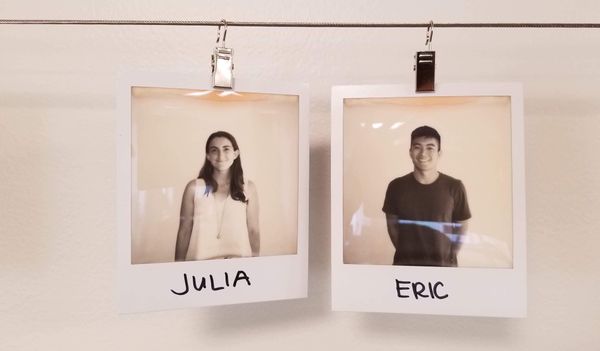 Two months ago, I tweeted “TIL that cofounder conflict is best resolved over tacos.” A lot of founders appreciated the tweet (IndieHackers RTed), but my investors did not. A few hours later, one 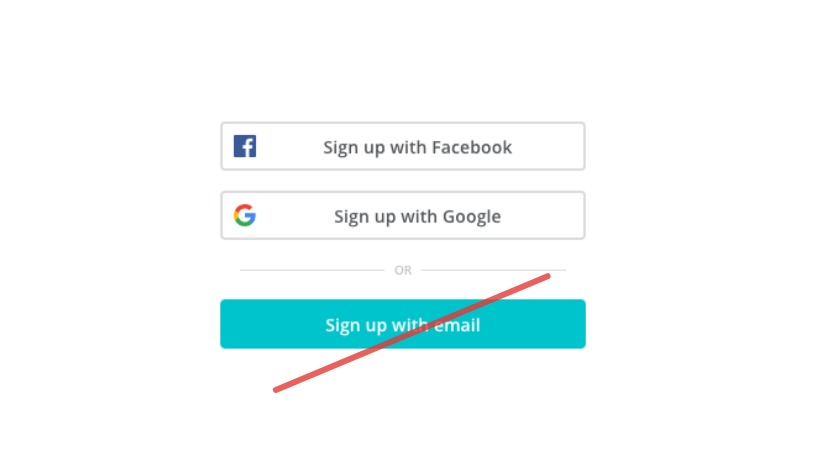 My cofounder and I recently decided against building an email sign in flow for our users. Our website, Kapwing, relies entirely on Google and Facebook OAuth. In my opinion, too many startups unnecessarily